10 Hat-Tricks by Indians In IPL History 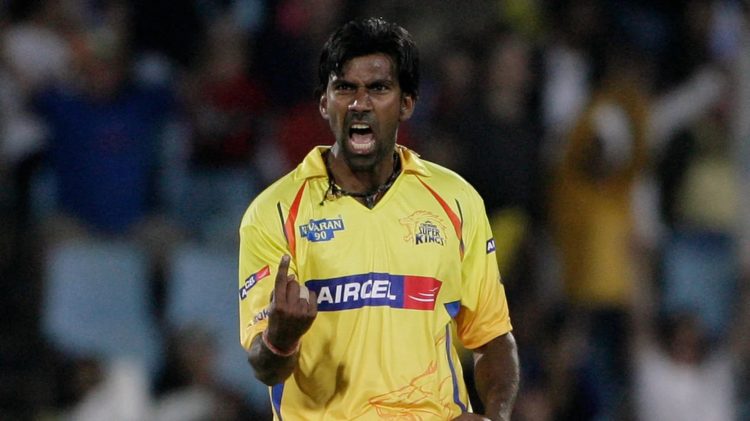 Continuing with our IPL series, we bring you the Top 10 Hat-Tricks by Indians in IPL history.

In the shorter format of the game, hat-trick of wickets is one of the biggest achievements for any bowler and it has the force of upending the match surprisingly.

Here is the list of 10 Indian bowlers who have taken hat-tricks in IPL.

While playing for his home team Chennai Super Kings, Laxmipathy Balaji took first Hat-trick. It was also the inaugural season of IPL and the hat.-trick came against Kings XI Punjab.

In the Last over of the innings Balaji dismissed Irfan pathan through a brilliant catch by Suresh raina at deep square leg, Piyush chawla was caught at long-off by Kapugedra and VRV Singh was sent back to pavilion by Dhoni;s catch behind the stumps.

Among the most successful bowlers of the IPL mishra is the only player to register three hat-tricks to his name. This leg-spin bowler is well known for his accuracy and clever bowling.

His most memorable hat-trick came on 15th May against mighty Deccan Charges. Here are some details of his brilliant hat-trick.

Everybody is aware about magic spells of our own Yuvi in 2011 Cricket World Cup, but first glimpse of his bowling came in IPL 2009 when he took two hat-tricks in same season. Yuvi dismissed Uthappa with a top edge skier taken by katich followed by dismissal of kallis. In his next over, Yuvi dismissed boucher who was given LBW infront of wickets.

Yuvraj is also known as Golden arm of Indian Cricket due to his regular outcomes with the ball.

Before getting recognition as explosive Indian opener in 2013, Rohit had a unique record to his name. IPL always make uncertain things happen and same happened in 2009 when young Rohit Sharma took Hat-trick against his current team Mumbai Indians. Rohit dismissed Nayar and Harbhajan in last two balls of 16th over and duminy was dismissed on the first ball of his over to complete the hat-trick.

It was a great achievement for a part-time spinner. Rohit is now the captain of Mumbai Indians

Praveen kumar came into news for his brilliant swing bowling in 2008 and 2009. Kumar the right handed medium pace bowler took hat-trick in IPL 2010. Moreover, he was the only player to take hat-trick in that edition of IPL.

His hat-trick came against Rajasthan Royals and he was the fifth Indian to take hat-trick in IPL.

Ajit was first uncapped player to take hat-trick in IPL, his hat-trick came against Pune Warriors India in the very first over. Ajit was among the bowlers who bowled brilliantly in powerplay overs. His spin bowling was a great asset for the team.

Although he was caught for Match-fixing in the next edition of the IPL, he was always a promising talent.

The veteran leg spinner was one of the talents hunted by IPL. Parvin’s four over quota was always one of the great strength of Rajasthan Royals.  In 2014, Parvin became the second Rajasthan Royals bowler to take hat-trick.  Tambe dismissed Pandey, Yusuf and ten Doeschate through stump, Caught/ bowled and LBW, respectively.

In 2016, while defending an average target of 154 Axar took 4 wickets in 5 balls including a hat-trick. His spell made hosting team Gujarat Lions lose control over their innings and they faced a collapse. Axar dismissed smith through a catch by gurkeerat singh at long off. Kartik was dismissed by an inside edge on to stump and Jadeja was caught by saha behind the stumps.

Axar played last season for Delhi Capitals and this left arm bowler took a lot of wickets on the slow pitch of Feroz shah Kotla.

After retirement of Zaheer khan, Indian team never found a stable left arm pacer but Jaydev is leading candidate nowadays after his brilliant performance in Ranji Trophy. In 2017, Unadkat defended 13 runs off last over without giving a single run and he also took hat-trick in same over.

Unadkat, who will again play for Rajasthan Royals in the 13th edition of the IPL, recently lead his Ranji side Saurashtra to its maiden Ranji Trophy title win. He was also the leading wicket taker in the recently concluded Ranji Trophy 2019-20 Season.

One of the most talked hat-trick ever in IPL was taken by uncapped player shreyas gopal. It’s still dream for many bowlers to get the wicket of Virat kohli and ABD but Gopal did it in one over along with the wicket of Marcus Stoinis to complete the hat-trick.

Gopal is a key all-rounder for RR and it will be exciting to see his performance in upcoming IPL once the COVID-19 pandemic ends.

Althoug, IPL 2020 is postponed for now but every fan is eager to witness some more brilliant performances whenever it takes place. There are few more new players which are in spotlight for 13th edition of the IPL.