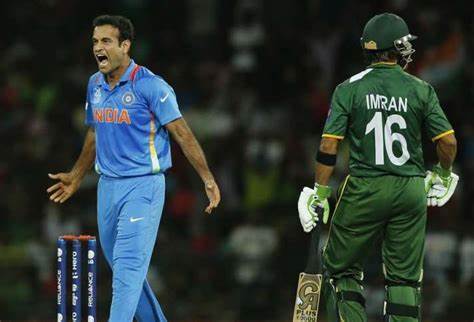 The mother of all battles is set to take place on Sunday, June 16 at Old Trafford in Manchester. India take on Pakistan in a high-octane clash of the ICC World Cup 2019. The Indian cricket team has got off to a solid start and won the first two games. Their third game however was abandoned due to rain. Pakistan have had a poor time so far. They have lost twice and won once, besides a no result game as well.

All these statistics won’t matter when they lock horns in the 2019 World Cup. India have beaten Pakistan in all of their World Cup meetings so far and it’s a chance for Virat Kohli’s men to extend the tally. Overall in ODIs, the two sides have met each other on 131 occasions. India have won 54 matches and lost a whopping 73. Four games ended as no results.

But in recent years, India have dominated the show against their arch-rivals in mega events. Pakistan had that big win though in the ICC Champions Trophy final in 2017. They will look to repeat the heroics and stun India on Sunday. It’s going to be cracking battle on cards and one expects plenty of fireworks.

Ahead of the marquee clash, we look back as the best ODI matches played between the two sides. 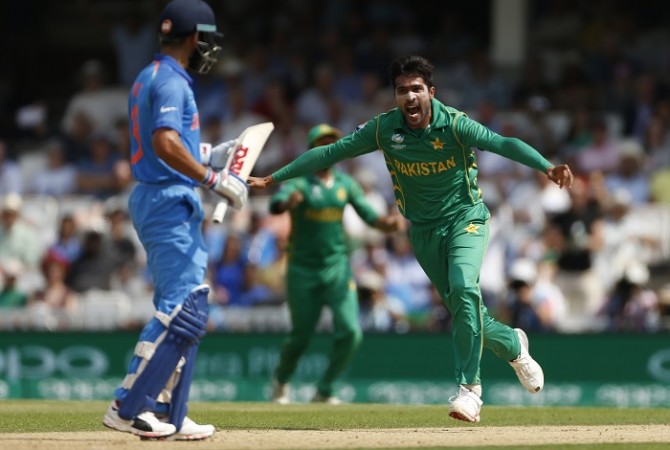 This was a stunning performance by the Pakistani outfit, who stunned India at Lord’s. Everyone expected India to seal a victory, but Pakistan poured cold water. Batting first, Pakistan amassed a mouth-watering total of 338/4. It was the explosive Fakhar Zaman (114), who led the show. Azhar Ali (59) and Mohammad Hafeez (57*) supported Zaman and attacked the Indian bowlers.

Besides Bhuvneshwar Kumar, every other Indian bowler was smashed. One needed the Men in Blue to get off to a strong start. But they were rocked at 33/3. Rohit Sharma (0), Virat Kohli (5) and Shikhar Dhawan (21) fell prey to an extraordinary spell from Mohammad Amir. The left-arm pacer got Rohit with an in swinger and got big fish Kohli off a length ball. 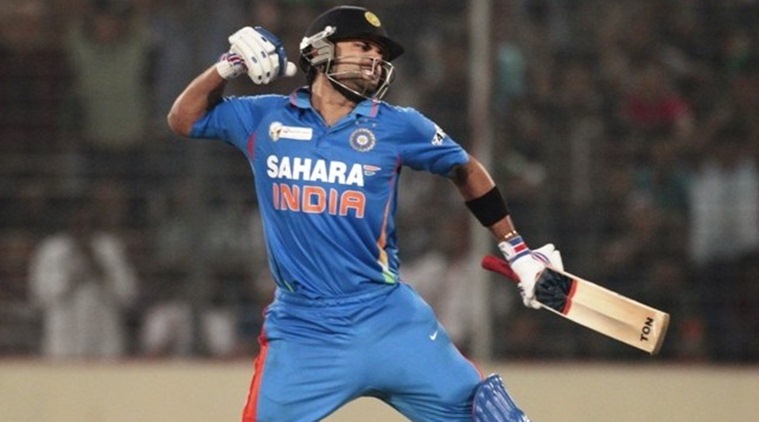 Pakistan missed the trick at Dhaka after batting first against India in the Asia Cup. Mohammad Hafeez and Nasir Jamshed struck centuries atop and added 224 runs for the opening wicket. With 14 overs still left, one expected Pakistan to get past 350 at ease. But credit to India for fighting back. They restricted Pakistan to 329/6.

During the chase, it was Virat Kohli, who single-handedly steered India with a brilliant 183 off 148 deliveries. His innings was loaded with 22 delightful hits to the fence and a glorious six over the long-off boundary. Tendulkar (52) and Rohit Sharma (68) supported the youngster Kohli, who marked his greatness in ODIs. This was a magnificent show by Kohli.

The aggressive youngster gave fans a glimpse of what a special talent he was. India won with 13 balls to spare.

This was the first ODI encounter of the 5-match series between India and Pakistan during the 2004 tour. The Indian team managed to pull off a stunning 5-run win in the end. Batting first, India posted a superb score of 349/7. Virender Sehwag’s 79 in 57 balls and Rahul Dravid’s 99 helped India outwit Pakistan in front of noisy 33,000 fans at the National Stadium in Karachi.

Pakistan weren’t unfazed in the chase. Inzamam-ul-Haq’s 122 off 102 balls had put them within reach, but they faltered in the final stages. Pakistan needed 10 runs to win from the last over, which was bowled by Ashish Nehra. But the hosts could only score four runs in the first five balls. Wicket-keeper batsman Moin Khan, who had to hit a six off the final ball, could only slice it up for an easy catch.

India gained a significant win on Pakistan soil and that set up a fascinating series that was closely fought between the two sides. 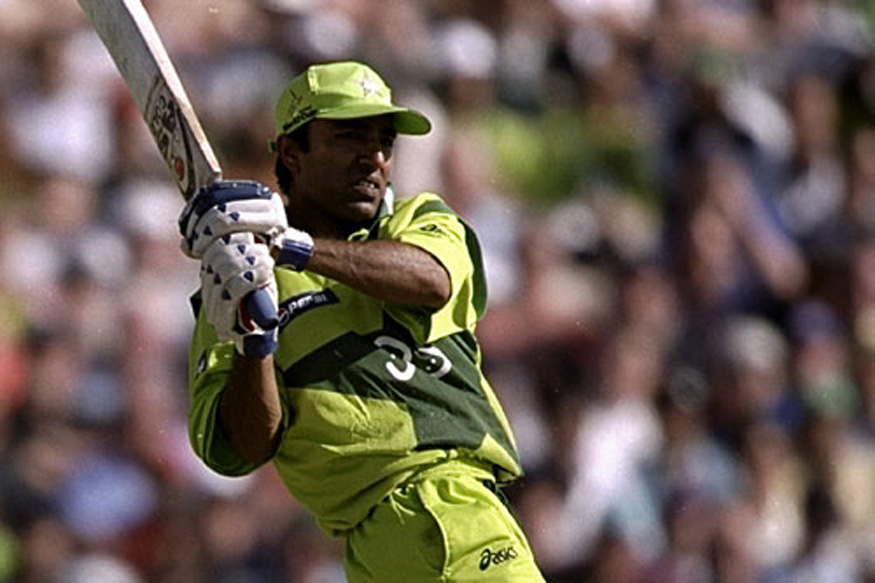 It was Saeed Anwar’s record-breaking 194 that helped Pakistan score a massive 327/5 in the sixth match of the Independence Cup in Chennai. Anwar was in a different zone altogether and struck 22 fours and five sixes. That score by Anwar remained the best in ODIs for a long time. Ijaz Ahmed and Inzaman (39 each) supported the dangerous Anwar as Pakistan floored India.

In reply, Rahul Dravid amassed his maiden century in limited-overs internationals. Dravid and Vinod Kambli kept India in the hunt with a 134-run stand for the third wicket. But after their dismissals, India lost the tie by 35 runs. India managed 292 in the end. The match was almost lost when the Men in Blue lost Sachin Tendulkar (9) with Aqib Javed getting his wicket.

This was a tie that will forever be remembered for Anwar’s greatness and the best ODI innings in the 90s. 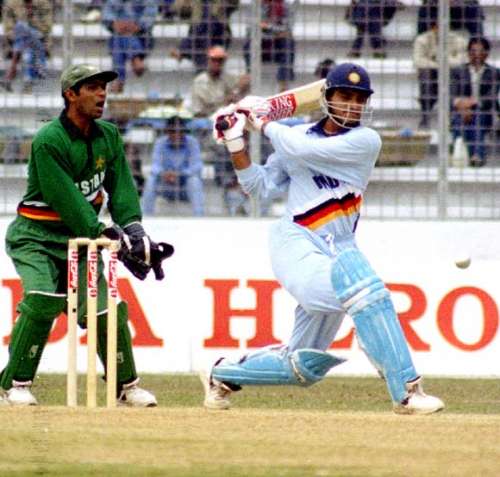 This has to be one of the most nerve-racking finish in ODI cricket. This was the third final and the decider of the Independence Cup played in Dhaka. Pakistan were off the mark and it was Anwar (140), who topped the billing. It was Anwar and Ijaz’s 230-run stand for the third wicket that was the hallmark of this game.They smashed 24 boundaries between them.

Chasing a target of 315, India were in control of the proceedings after Tendulkar and Ganguly got the team to a solid start. Shahid Afridi dismissed Tendulkar (41). From there on Ganguly and No.3 Robin Singh made sure that the Indian innings held up. They scored at a brisk run-rate and India were causing at 250/1 after 38 overs. But once the partnership was broken, Pakistan crawled back into the game.

India lost six wickets, but somehow succeeded in holding their nerves. It was Hrishikesh Kanitkar (11*) who smashed the much needed boundary on the penultimate ball of the match. He will forever be remembered for that shot. India ended up winning the 3-match final by a 2-1 margin.