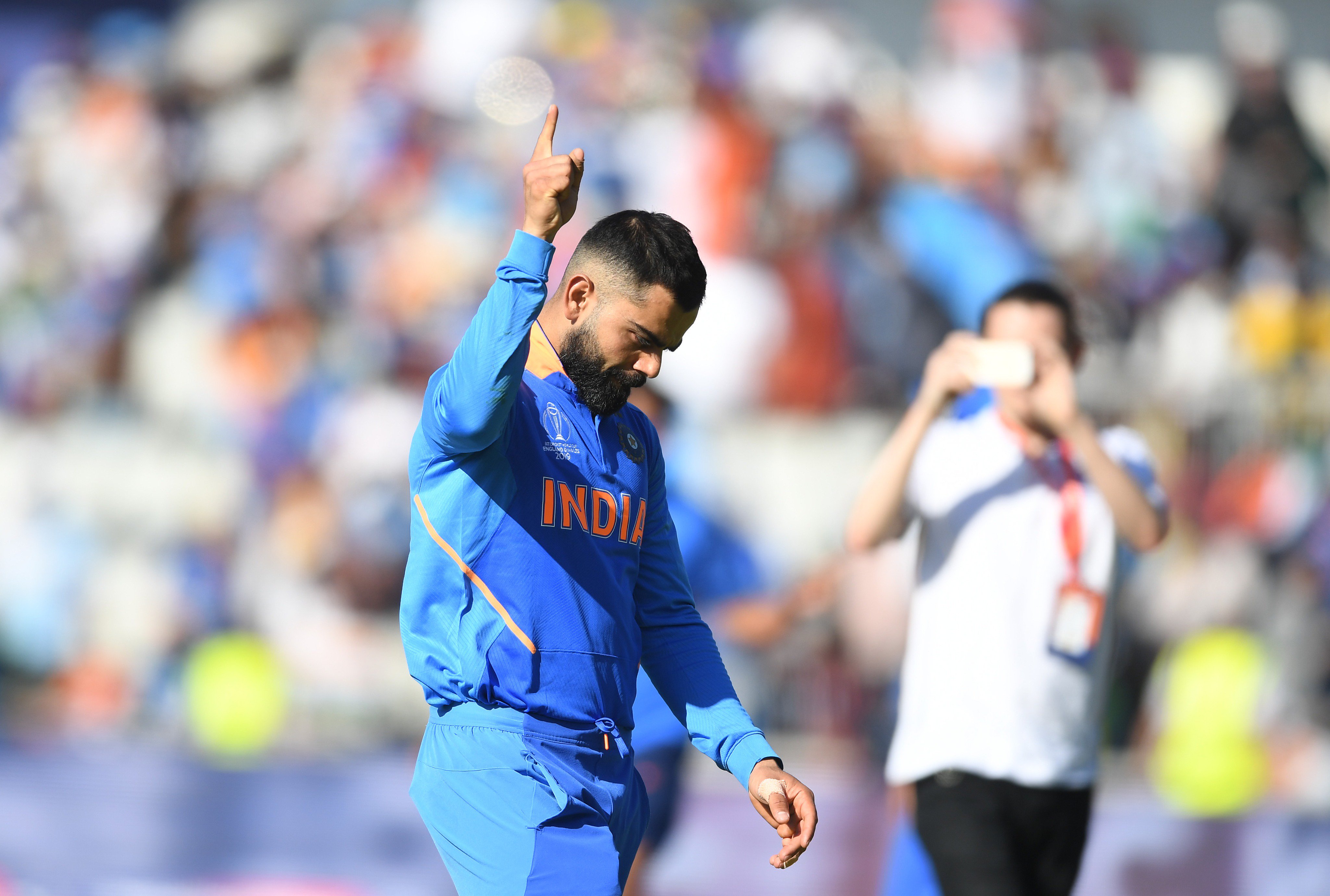 The 30-year-old scripted a record in which he became the first captain ever to score five successive fifties in a World Cup.

The Indian skipper also became the second batsmen to achieve this feat after Steve Smith in 2015. Kohli, who naturally scripts a record here and there in every ODI match, is a different run-machine altogether.

He has dominated the ODI circuit more than anybody else in the last three seasons and counting. The runs have followed him everywhere and the records have become a synonym attached with the talisman.

Against England on Sunday, Kohli scored 66 but unfortunately couldn’t help his side beat the hosts. Indian ended up losing the clash by 32 runs at Edgbaston.

Just the other day against West Indies, the in-form Kohli became the fastest ever to notch 20,000 international runs in cricket. He overcame record-holders Sachin Tendulkar and Brian Lara.

Against England, it was his 53rd career fifty in ODIs. He is also the third highest run-scorer for India in World Cups after Tendulkar and Sourav Ganguly.

He is the fourth highest run-scorer in ODIs this year (993) and needs seven more to surpass the 1,000 run-mark yet again in a single year.

Earlier, he also became the fastest to 11,000 ODI runs in the match against Pakistan in Manchester.

That saw him once again race to the landmark ahead of so many top-class batsmen. In all of the current landmarks, Kohli has always been the fastest to show why the 50-over format looks like something that’s under his control.

Statistics revealed that Kohli became the first batsman to reach the milestone with a strike-rate of above 90.

He has made it a habit of breaking Sachin’s records time and time again. The attributes he brings to the game makes him not only the best in modern day cricket but perhaps in the history of ODI cricket.

Former cricketers Michael Vaughan and Michael Clarke have already termed Kohli as the GOAT in ODIs. He definitely serves the billing and has taken the game even above the legendary Sachin.

Here we decode what makes him the greatest in ODI cricket.

Kohli has been in strong form in CWC 19 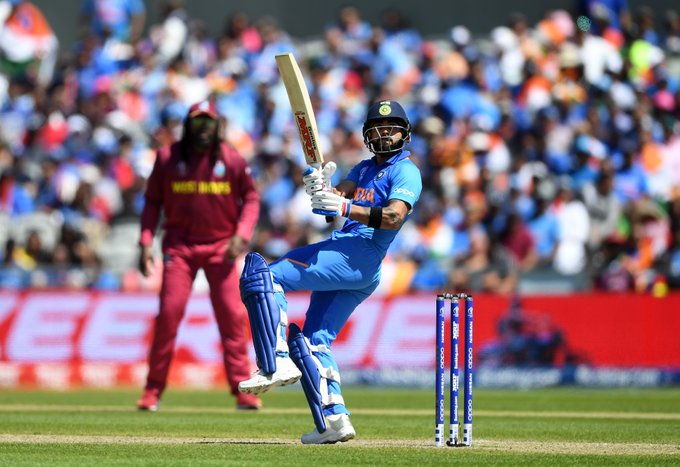 Kohli has been scoring immensely in 2019. He has made it a habit to separate himself from the inconsistency.

He hardly sets a foot wrong. The idea is always to look for runs when he sets into the ground.

Four of these fifties turned out to be match-winning knocks. The ones against Afghanistan and West Indies, in particular, were genuine positive scores that helped India get that extra platform.

Against England, he started slowly, but once he got a hang of the wicket, he produced runs.

Credit to England for bowling with a plan and tying him down in the first 10 overs. Run-scoring against them was never easy. Although, Kohli would have liked to get his side past the line as he does on most occasions.

He has already amassed 382 runs in six matches at an average of above 60-plus.

And his contributions will be important in the remaining league games besides the semi-finals. This is Kohli’s best chance to get the job done and hand India a major moment in their cricket journey.

Where does Kohli stand alongside Tendulkar in ODIs? 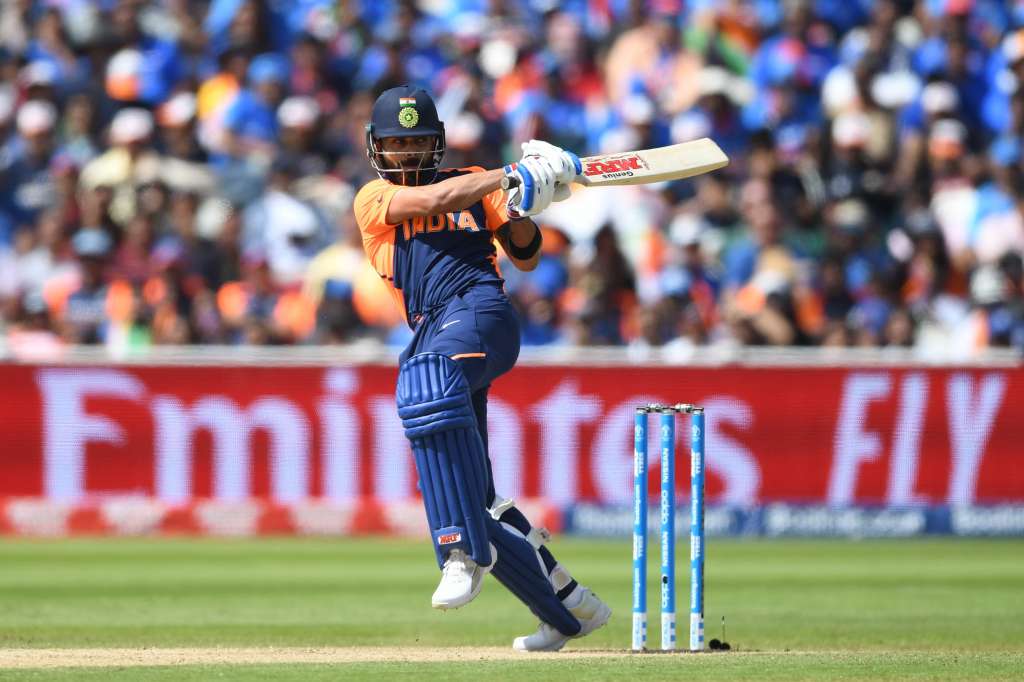 Tendulkar has always been considered as the biggest legend of ODI cricket. Tendulkar dominated both the Test and the 50-over format and left a huge imprint in the game.

One wondered that perhaps there will be nobody next that can match Sachin and his records in ODI cricket. There might never be someone as good as him.

But Kohli has matured into someone, who is perhaps far better than the maestro in the most sense when it comes to ODI cricket. Yes, both belong to a different era, but when you look at the dimensions, Kohli has been on a different plane altogether.

In his last 50 innings, Kohli has amassed a total of 14 centuries. The fifties have flowed in as well. One thing that makes him better than Tendulkar is his consistency level in this zone.

Nobody has shown this level of consistency in ODI history for a long period of time. Kohli has been a solid customer across venues much like Tendulkar. But he has outgrown Tendulkar at this age already.

Kohli’s fitness and mileage could see him reach newer heights 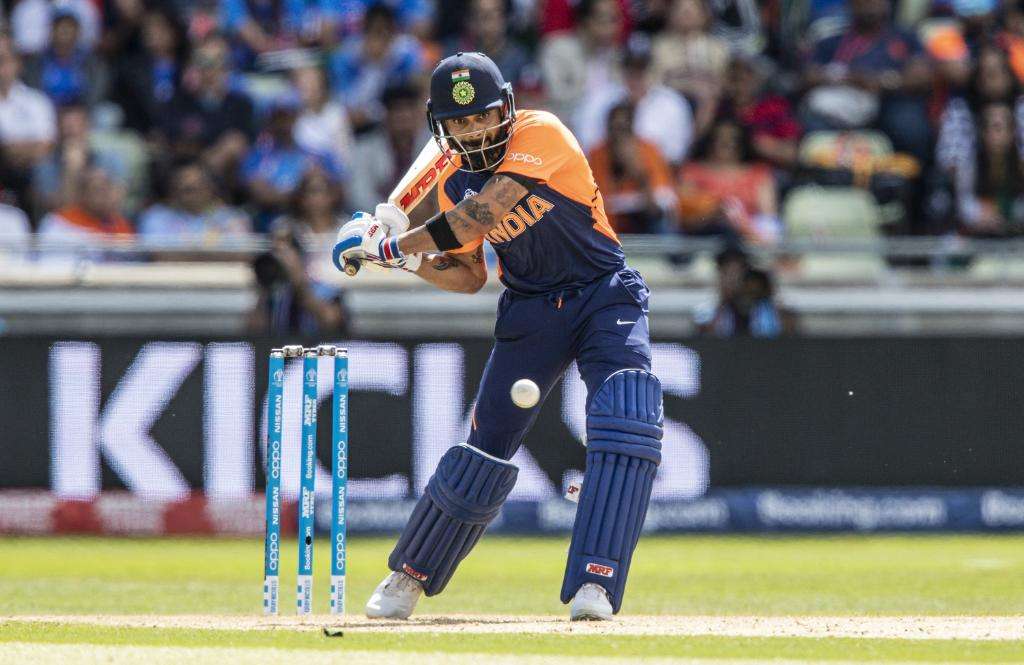 Kohli looks like someone, who will soon break more records of Tendulkar. It could even include the most number of centuries in ODI cricket.

When it comes to the 50-over format, it’s safe to say that Kohli is the greatest. He still has another 4-5 years of solid cricket under him. One should remember that Sachin played till a long time as he had that mileage.

With Kohli, when you look at his fitness and the level of consistency, it’s safe to assume that he will perhaps retire as the greatest ever.

At this moment, looking at how the two have gone about in ODIs, Kohli is far better than Tendulkar and we should be celebrating the fact that the former is helping India win games on a consistent level.

Tendulkar is definitely the greatest of all time in cricket as a whole. But at least when it comes to ODIs, let’s give Kohli the respect he deserves and put him in the same pedestal as the legend.