In a tournament where an India vs Pak would've been the ideal game, it's Aus vs NZ in the T20 World Cup Final. Who's cribbing? None! 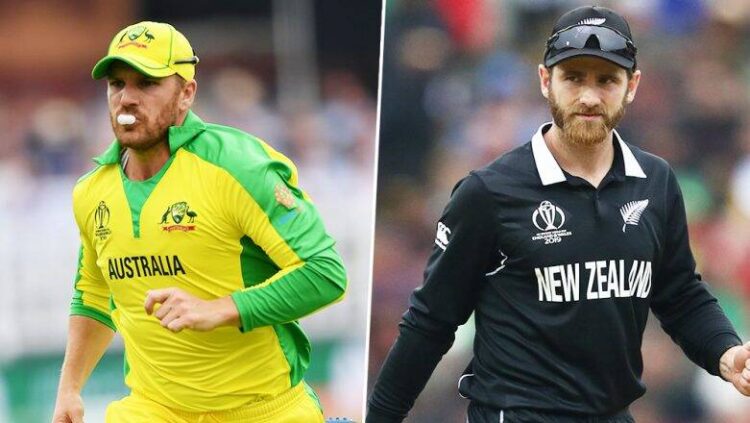 Legend has it that New Zealand actually had a chance, a realistic one to become one of Australia’s states. But then it never worked out.

But it could be that why New Zealand rejected the idea of being a part of Australia is that under no circumstances would it have wanted to side with something it has always opposed.

Be it in Rugby. Be it the discussion of which is a more exciting cosmopolitan city- Melbourne or Auckland?

Be it the question of which among the two has better tasting persimmons and avocados.

Though it all becomes dramatic and tense the moment anyone brings up the Battle of Gallipoli- and understandably so.

So essentially speaking, when you bring New Zealand and Australia together in a sentence, you’re bound to witness something terse, something less than a war but more than a usual contest.

One understands this more specifically on the cricketing turf, where in a few hours from now, Kane Williamson’s side will lock horns with Aaron Finch’s men in the battle for supremacy in the game’s briefest template.

While many could call this the old cliche where fire (Aaron Finch) meets Ice (Kane Williamson), it’s more than a match of cricketing personalities meeting one another; it’s a shift in venue of the famed Trans Tasman rivalry.

It tells us that the impact both brilliant cricketing nations have had over fans and on the sport itself isn’t merely restricted to Australasia.

In the land of oil and huge funds, it’s cricket that’s the current (in demand) currency.

Moreover, in an age siding with short attention spans, the long and short of the 2021 T20 World Cup final is that two very unassuming sides, both driven by pure grit, not theatricality so much are poised to enliven the world, not merely the UAE.

Of course, what’s made the occasion of the 2021 T20 World Cup final more interesting is that Australia meeting New Zealand in the campaign-ender has interest for the pure cricket fan, one who doesn’t seek in memes the meaning of the sport.

The one to whom it’s fine and alright if it’s not India versus Pakistan.

What’s even more adventurous to think is that the 2021 T20 World Cup final sees captains on both fronts with a dry patch of runs against their name.

Both Williamson and Finch sit on nearly identical numbers so far, the Kiwi having collected 1 more than Finch’s 130 tournament runs in this series.

Williamson hasn’t even hit a fifty. Ditto for Finch.

While Steven Smith has failed to get going, making a single digit score in the semi’s game versus Pakistan, Martin Guptill, despite a 93, hasn’t looked peak Guptill thus far.

All that remains now is a solitary contest.

So who outdoes whom?

Moreover, a possible differentiator, would be to note whether David Warner- cornered in the IPL and now back as a cornered tiger who mauled Windies and Pakistan in this World Cup- can continue his string of big scores?

On New Zealand’s side, what remains the biggest question is whether Daryl Mitchell, star of the England-bashing outing, can keep up the momentum of run scoring?

And yet there’s more in either camps that warrants attention and excites.

In Maxwell and Neesham, both sides have awesome all-rounders and interestingly, fine athletes. The diving catches of Jimmy boy and Maxwell’s blinders in the outfield suggest there’s more to their respective teams than the gamut of big names.

Surely in Australia’s case there’s a prized quartet of Warner, Smith, Maxwell and Starc. But it’s not so starry or dove-eyed in the opponent camp with the Kiwis opting to be a bit more unassuming.

Practising restraint from self expression has in some ways allowed New Zealand to channel their inner fight.

The character. The resolve. The typical Kiwi unflappability.

On the other hand, being expressive, if not too dramatic, has let Australians find their voice.

The celebrations, loud in some cases that they may be, let emotions convey that silent words may necessarily not.

Even in the bowling department the two seem balanced. Zampa and Santner are both quality spinners and somewhere the middle overs will offer them the chance to unfurl their magic and guile.

And yet, what might an Ish Sodhi do, the troubler of India? Is he going to play the X-factor?

Meanwhile, it’ll be Starc and Hazlewood, i.e., 17 wickets between them up against Southee and Boult, i.e., 19 wickets (from this world cup).

The two sides are as remarkably similar in their make up of talent (and skill) that it doesn’t occur to many that both Starc and Boult, arch rivals today, are left-handed more than medium-pacers, but rather stump rattlers.

In the end, the form guide suggests Australia have had the upper hand over New Zealand in mega ICC events. Australia played the 2015 world cup finals, NZ didn’t as many would argue.

For now though, both begin as finalists. There’s a massive contest to be played. Both will aim for the trophy but the truth of this enigmatic Trans-Tasman rivalry is that whoever dares will win.