Dele Alli has been linked with a move away from Tottenham with PSG believed to be keen on signing him on loan ahead of next month's transfer deadline. 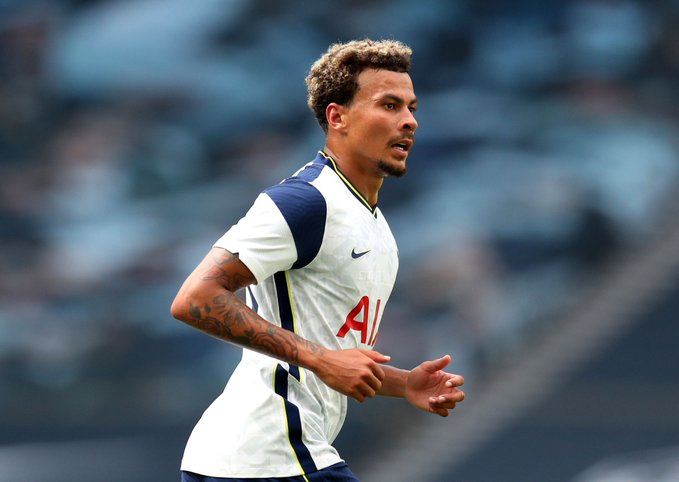 Dele Alli could be on his way out of Tottenham. (Image Credits: Twitter)

Dele Alli’s future at Tottenham Hotspur has come under the scanner in the last couple of weeks and there is a real possibility that he could be on his way out of the club.

He was hooked off at half -time in Tottenham’s defeat at Everton on the opening day and has not been part of the squads in the last two games.

The midfielder is keen to move on if he is not going to play regularly this season as he wants to win a place back in the England squad ahead of next summer’s European Championship.

Tottenham have maintained that they do not want to sell him but there is an increasing likelihood that he could be at a new club by transfer deadline day on 5th October.

Paris Saint-Germain have emerged as a possible destination for the midfielder and a loan deal has been mooted.

But what has turned Tottenham’s poster boy into a player who could be now on his way out of the north London club?

#1 Inconsistency has bogged him down over the last two years

Dele Alli took little time to cement his place in the Tottenham team after joining the club from MK Dons in 2015. In his first three years at Tottenham, he was part of a vibrant Spurs team under Mauricio Pochettino and was one of the creative hubs of the set-up.

He scored 46 goals in his first three years at Tottenham from the attacking midfield position and registered 41 assists, creating chances left, right and centre. His form started to taper in the 2018/19 campaign as a result of injuries and inconsistent performances.

He carried that form in last season as well but there was hope that Jose Mourinho’s arrival was going to revive Dele Alli. He did respond initially, scoring four goals in his first four games under the new Tottenham boss.

But his form waned again and with Harry Kane and Heung-Min Son, he was played out of position. A hamstring injury in the first few weeks back after lockdown which curtailed the back end of the season.

#2 Dele Alli is lazy in training

The fly-on-the-wall Amazon documentary made it clear that Alli is not one of the players who put in their best in training. He was termed lazy and Jose Mourinho often pointed it out to the player and the Amazon cameras.

Mourinho wants his players to give their all in training as he believes that will translate into a strong performance on the pitch. He is not a big fan of players who hold themselves back on the training pitch and Dele Alli is one of those characters.

It is hard to say whether Alli finds himself out of the team due to his lack of energy in training but it definitely contributed to Mourinho’s annoyance towards the player.

He was not the only player who performed badly at Everton but it was telling that the manager decided to pull him out at half-time.

There is definitely something wrong between the player and the manager and Alli’s behind the scenes behaviour must have contributed to the degradation of their relationship.

Mauricio Pochettino got the best out of Dele Alli when he employed the midfielder in a high-pressing team where he was given the license to maraud forward and play in a free willing role.

Jose Mourinho wants his side to play in a system where they defend deep and there is no concerted effort to press as a team. The attacking midfielder in Mourinho’s side will have defensive responsibilities and is unlikely to have a free role to roam around the pitch.

Alli also played alongside Christian Eriksen under Pochettino but Mourinho is unlikely to play two attacking-minded midfielders in the same team.

We are unlikely to see Tanguy Ndombele and Alli play in the same starting eleven in most games. Mourinho has preferred to play Harry Winks and Pierre-Emile Hojbjerg – both tidy but unremarkable players who rarely takes a risk.

Mourinho is unlikely to be a fan of a player such as Dele Alli who takes chances and looks to take risks on the ball. It is no surprise that the Tottenham boss found it hard to feel impressed about Ndombele last season.