3 ways Chelsea can line up with Kai Havertz

With Kai Havertz joining Chelsea in a big-money deal, here are three ways the Blues can line up with the Germany international next season. 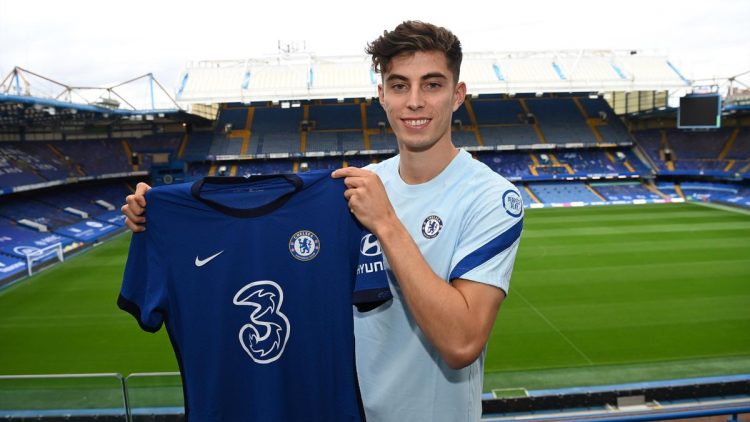 Chelsea have been on a spending spree this summer as they look to bridge the gap between themselves and Liverpool and Manchester City.

The Premier League giants have already completed the transfers of Hakim Ziyech, Timo Werner, Ben Chilwell, Thiago Silva and Malang Sarr, with the Blues also bringing in Kai Havertz from Bayer Leverkusen in a big-money move.

Havertz is blessed with top technical ability, as well as excellent football IQ and tactical awareness. Not only is he a great player in the traditional sense, but the Germany international is also consistent, disciplined, and rarely injured.

The Bayer Leverkusen captain was in hot form throughout the 2019-20 season and it makes complete sense for Chelsea to splash the cash to sign a player of his calibre.

On that note, here are three ways in which Chelsea can line up with Kai Havertz next season.

This formation is essentially a different variation of the 4-2-3-,1 with Kai Havertz playing deeper and acting as an attacking no. 8. He was deployed in such a role by Peter Bosz in 2018-19 as he partnered Julian Brandt, both of whom played as attacking midfielders in a 4-3-3 set up.

N’Golo Kante could be played as the deepest of the three midfielders, but Frank Lampard could very well use Jorginho in that slot and Kante on the right to harness his incredible stamina to cover for Kai Havertz when the German moves forward to attack.

4-2-3-1 is Frank Lampard’s preferred formation and it will also allow all the three new attackers to play in tandem. Depending on where Lampard plays Werner, either one of Tammy Abraham or Christian Pulisic will make it to the side.

One of Hakim Ziyech or Kai Havertz could play on the right, while the other could play behind the striker as the creative force of the team.

This could very well be Lamard’s preferred formation when playing against less-fancied teams who like to sit deep, as this set up with the right players can unlock rigid defences, something which Chelsea failed to do last season.

Towards the end of last season, Bayer Leverkusen head coach Peter Bosz decided to experiment with Kai Havertz as an out-and-out striker.

It worked remarkably well and the Germany international went on a late scoring spree, using his height and deceptive pace to reinvent himself as an ultra-modern centre-forward.

With Timo Werner also able to play as a second striker, Frank Lampard could look to establish positional fluidity upfront. With two of the most dangerous attackers in Europe swapping back and forth for 90 minutes, opposition defenders will always have to be on their toes.