5 famous players to play for both Leeds United and Liverpool

With Liverpool set to face Leeds United on Saturday, let's take a look at five famous players who have played for both clubs. 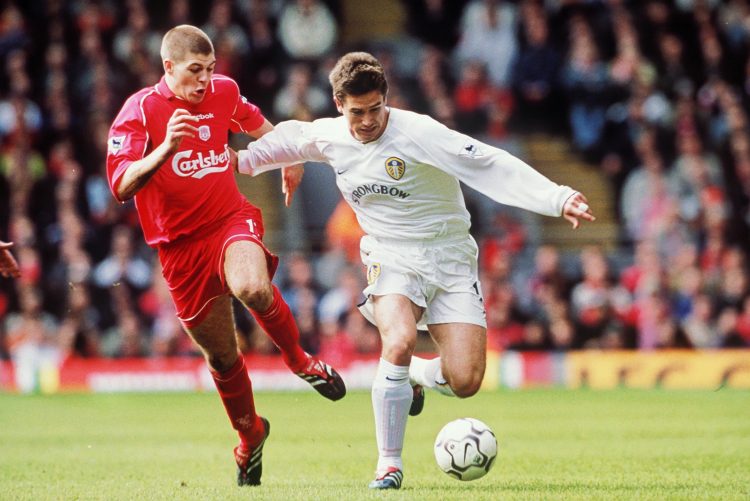 Leeds United are back in the Premier League after 16 years and will play Liverpool at Anfield on Saturday in their very first match upon their return to the English top flight.

The two teams have given us countless blockbuster matches in the past, with several great players turning out for each side.

On that note, let’s quickly take a look at five players who have played for both Leeds United and Liverpool.

Let’s start with the only active player on the list – James Milner. The Englishman burst onto the scene at Leeds United as a 16-year-old, and in December 2002, became the Premier League’s youngest ever goalscorer.

That record has since been broken by Everton‘s James Vaughan. The youngster put in some typically gutsy performances for the Whites but couldn’t prevent them from being relegated to the Championship in 2004.

Milner understandably left his boyhood team to remain in the top flight, and enjoyed productive spells at Newcastle and Aston Villa, before winning two titles with Manchester City.

Liverpool signed the veteran midfielder on a free transfer in the summer of 2015, and he has proved to be a particularly good signing, winning a Champions League and a Premier League among other honours with the club.

One of the most popular Liverpool players of all time, Robbie Fowler’s goalscoring feats are the stuff of legend. The former striker’s exploits in front of goal for Liverpool was outstanding; he scored 80 goals in 135 games before earning his first international cap.

At just 21 years of age, Fowler scored 36 goals in the 1995/96 season – a feat which even the likes of Luis Suarez, Fernando Torres and Michael Owen couldn’t replicate, with Mohamed Salah recently bettering it after finding the back of the net 44 times in the 2017/18 campaign.

However, in November 2001, he joined Leeds United, scoring 14 goals in 31 appearances for the Whites, before joining Manchester City in 2003. The Englishman made an emotional and shock return to Liverpool in January 2006 but was past his best by that time.

Gary McAllister was a footballer of immense ability, and the fact that he is still loved by both Liverpool and Leeds United fans is testament to the service he gave to the two clubs. The influential midfielder made 294 appearances in all competitions for the Whites, scoring 45 goals and helped them win the First Division title in 1991-92.

Harry Kewell was one of the most gifted players to play in the Premier League for Leeds United. The Australian, who often struggled with injuries, made his first-team debut for the Whites as a 17-year-old in March 1996 and went on to play almost 200 times for the Yorkshire giants.

When Kewell revealed he would be joining Liverpool in 2003, many felt he was the final piece of the jigsaw at Anfield, as the Reds searched for their first Premier League title.

Although there were moments of class during his five-year stay on Merseyside, he never came close to reaching his Leeds heights, with injuries also curtailing his progress at Liverpool. He wasn’t a flop at Liverpool, but given the quality he possessed, he definitely failed to fulfil his potential.

The Welshman is a true all-time great, and his endless flow of goals was the driving force behind Liverpool’s success in the 1980s. In total, he found the back of the net 346 times for the Reds, a club-record.

Ian Rush, who is still adored by the Liverpool fans, joined Leeds United in 1996 but flattered to deceive at Elland Road. After managing just three goals in 36 Premier League games, he joined Newcastle United the following season.