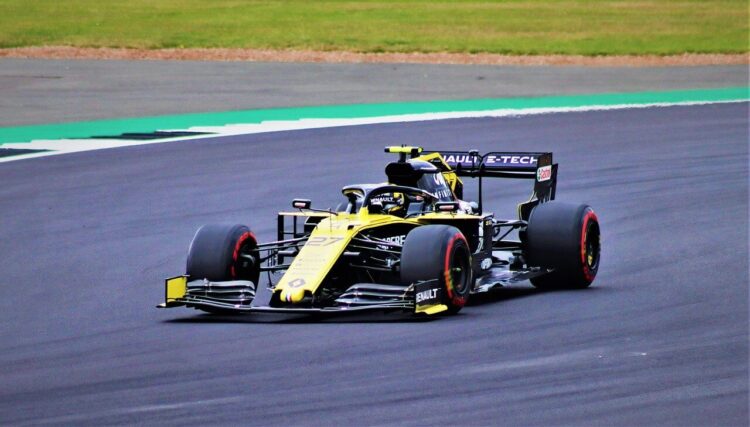 Single seater electric cars are quickly taking over the Formula series for being sustainable, environmentally friendly, and efficient. As more consumers and businesses are moving towards opting for electric cars, it seems obvious that the future of motorsports and related sponsorships is based on electrification and sustainability.

While the days of fossil fuel-powered vehicles are not over since Formula 1 is continuing to dominate the global attention, Formula E championships are quickly catching up.

The championship has gained an exceptional reputation in the auto racing world since it was launched back in 2014. Now, it is seen in more than 150 countries. With that being said, it did suffer from significant drops in profits in 2020 amidst the COVID-19 pandemic. In such conditions, the motorsport sponsorships of the series will be facing numerous changes. Here are the top emerging trends you should know about regarding Formula E sponsorships.

#1 There Will Be a Surge in Corporate Sponsorships

While attendance at all of the Formula E races remains to be a question amidst the COVID-19 pandemic, one thing is for sure that the upcoming championship will see an increased level of corporate sponsorships. This is because more businesses want to grow and be seen by consumers worldwide. Hence, just like with F1, Formula E will also have increased corporate sponsorships for enhanced global outreach.

Some of such corporate sponsorships already include DHL for transportation, TAG Heuer and Moet &Chandonfor, Michelin as the official tires for the race, and more.

The Swedish-Swiss Multinational Corporation and the global technology brand has been Formula E’s title sponsor for 2021 and as it has been since 2018. The company fits perfectly with the aim of Formula E, which is to create an intersection between technology and sustainability. The company’s focus has been on robotics, automation, heavy electrical equipment, and more. Moreover, the company believes that the sponsorship will allow the two to push forward their common purpose of driving excitement around sustainability and electric vehicles.

#3 Nissan Enhances Engagement with Audience through its Formula E Sponsorship

Nissan, too, had made an entry into the Formula E series back in 2017 with the aim to engage with new technology and a sustainability-focused fanbase. It did this through its highly efficient electric car. The company believes that the series aligns with its interest in green technology, electric mobility, autonomous driving, and more.

Moreover, the company believes that through its Formula E-marketing venture, it will be able to reach a deeper level of engagement with the audience, which is unlike any other sports sponsorship from its portfolio. All of this is the reason why Nissan has been a major sponsor for the series and plans to enhance its engagement in future races.

Since Formula E is undoubtedly one of the most technologically driven and one of the most engaging and interactive sports, it has also enhanced its social video sponsorships. It has done this by partnering with Grabyo since 2016 to deliver branded content on social media platforms like Instagram, Facebook, and Twitter in real-time. This helped increase the value of another sports sponsorship with DHL, which was a title sponsor for the E-Prix.

Another sponsorship deal for Formula E, but this time for the E-Prix races that had taken place in London in July 2021, comes from the alcohol beverage company Heineken. It had teamed up with the series in order to increase its global outreach to a younger, technologically driven audience through digital advertising. The company title sponsored the event, with branding all across the racetracks and racing course and live audience engagement. Moreover, it also launched a go green campaign shortly after with the aim to increase awareness around sustainability in motorsports.

This still remains a big question in the minds of every Formula 1 and Formula E fan. As F1 has dominated worldwide in motorsports, the growing popularity of the Formula E series has led to growing speculations that the two might merge. As electric cars are becoming more popular in general, younger people are becoming fascinated with Formula E, so their audience is increasing. Only time will tell which of the two will reign or whether or not they will merge to create hybrid racing events and series.

If you are looking for more information on sports sponsorships and trends in Formula E or Formula 1 marketing and sponsorships, visit RTR Sports Marketing. They can help you reach all your marketing and commercial goals with the help of sports events, teams, or athletes.