A glance at the 7 unique UEFA Champions League Record. 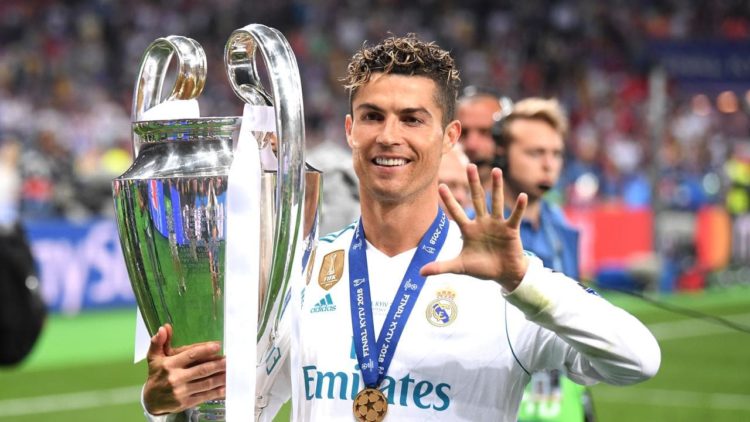 Cristiano Ronaldo has the distinction of the most goals in the Champions League (Image Credits: theworldgame.sbs.au)

The UEFA Champions League started in the year 1956 and has gone on to keep the prestige and aura alive. Europe’s Premier Club competition has been a revelation for decades and we have had several superstars who have gone on to leave a lasting impression in the competition.

From 1956-57 to 2018-19, Champions League has been an event which has gained a lot of popularity and respect. Real Madrid have been the most successful side in the UCL after winning a record 13 titles. Meanwhile, Spanish clubs have enjoyed the most success with a total of 18 titles.

Real Madrid have also been the maiden side to win the tournament back in 1955-56. They have kept the legacy going in setting the standards high. When it comes to individual glory, players like Cristiano Ronaldo and Lionel Messi have scripted the most goals in the Champions League. Whereas, former Real Madrid ace Iker Casillas has made the most appearances in the tourney.

These are just some of the notable records that come to the mind straightaway. However, there are several unique records the competition has seen over the years. We take you through the 7 Unique UEFA Champions League Records.

1. There is a reason why Real are ‘Kings of Europe’

Meanwhile, the Spanish club shares the record for winning the Champions League on three successive occasions alongside the likes of Bayern Munich and Ajax.

2. Juventus are highly unlucky in crossing the final line

With clubs like Real, AC Milan and Liverpool having enjoyed a lot of success in the Champions League. However, the same cannot be said for the Old Lady of Turin. Juventus have faced the most losses in the final of the tournament. The record Italian champions have suffered defeats in the final for a record seven times.

3. Real and Bayern have registered this unique record

Real and five-time winners Bayern are the only two clubs in the history of this competition to have registered more than 200 wins. Los Blancos have sealed 262 wins in 438 matches. Meanwhile, Bundesliga champions Bayern have won a total of 202 games out of 348 in the UCL.

No other clubs have sealed these many victories. Barcelona (187) and Manchester United (154) are the only other clubs to have won 150-plus matches in the competition.

4. The fastest of the lot

Former Lyon striker Bafetimbi Gomis holds the record for the fastest hat-trick in the Champions League. Gomis got his hat-trick in just eight minutes into the second half against Dinamo Zagreb in 2011-12 season.

Meanwhile, the fastest Champions League goal record is held by Roy Makaay. The former Bayern Munich player got his goal in just 10.12 seconds against Real Madrid in the year 2007. Former AC Milan legend Paolo Maldini boasts of the fastest goal in a Champions League final.

He scored against Liverpool in just 53 seconds in the year 2005.

5. Legends Seedorf and Zlatan have their names in UCL history

Former Milan hero Clearance Seedorf is the only player to have won the Champions League honour with three different clubs. The Dutchman won the UCL trophy with Ajax in 1995, Real Madrid in 1998 and AC Milan (2003 and 2007). He is a four-time UCL winner.

Former Inter Milan, PSG and Manchester United star Zlatan Ibrahimovic has scored for the highest number of teams in the UCL. The Swedish international went on to score UCL goals for Ajax, Juventus, Inter, Barcelona, AC Milan and PSG.

Legend Cristiano Ronaldo holds a unique record to have scored in the Champions League finals for two different winning teams. He did so for Manchester United in 2008 and Real Madrid in 2014 and 2017. Ronaldo, who is the highest goal-scorer in the UCL (128), holds another special record.

The Portuguese is the only player alongside Messi to have scored 100-plus goals for a single club in the UCL. Ronaldo managed 105 goals for Real, whereas, Messi has 114 for Barcelona. CR7 is also the only player to have amassed the most goals in the competition for six successive seasons and 7 overall.

7. Unique hat-trick records in the UCL

Ronaldo is the only player to have scored three hat-tricks in a single edition of the Champions League. He achieved the feat in 2015-16. He is also the oldest goal-scorer of a hat-trick, aged 34 years and 35 days in the 2018-19 season.