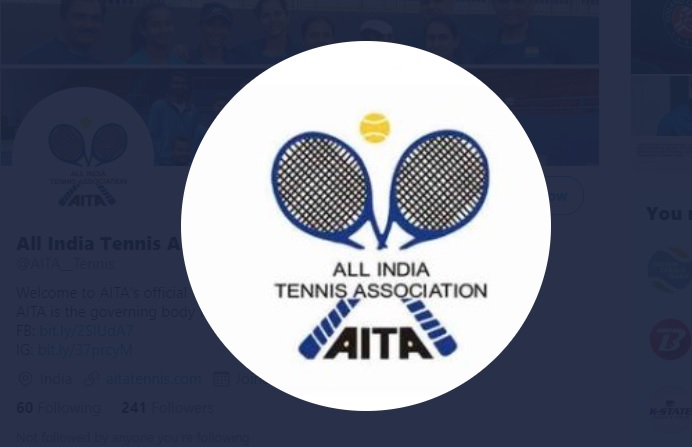 After a nationwide lockdown of more than two months, the lockdown 4.0 has came in with some good news for the sports enthusiasts in the country. The government of India has allowed the sports complexes, stadia and sporting facilities to be opened for training of athletes.

In consonance with the Union Government’s guidelines, the All India Tennis Association (AITA), the governing body tennis in the country, has prepared SOPs, a set of guidelines, for resumption of tennis training.

A message along with the SOPs (Standard Operating Procedure) for the players was released on the official site of the Assoication:

“Any further delay caused in resuming the training could put our players in a position of disadvantage compared to their global counterparts. Having said so, it is critical to put in place adequate measures to provide a safe training environment for the athletes. To serve this need, this SOP is prepared to set forth guidelines and measures which Tennis training centres/stadiums/sports complexes shall adhere to in order to resume training in their premises.”

The 14-page SOPs lists rules to be followed by coaches, staff and the players. The “DOs and DONT’s” in prohibits sharing of equipment, towels or wrist bands, calls for disinfection of premises, makes it mandatory for players and others to use Aarogya Setu, among other precautionary measures. The SOP makes clear that no bench, chair or seat shall be used.

The AITA, which is also responsible for holding National Ranking tournaments in the country, however, did not update on the status of AITA Tournaments.

Rohan Bopanna, a member of Indian Davis cup team, who also runs an academy for kids at Bangalore, welcomed the decision made by the AITA in a conversation with ESPN.

“We’ve communicated to our academy trainees that if we do start next week, we need to follow some basic precautions like kids not touching the ball with their hands and instead of hitting it to the net, from where coaches can collect them. In four courts, we’ll have a maximum of 12 kids. We’ll start with three days a week and we have requested parents to drop off kids and head back home or wait in their vehicles. So we already have our plans in place,” Bopanna told ESPN.”

Tennis and Tennis players, especially Lower-ranked players, across the globe has suffered from the lockdowns enforced to control the Covid-19 pandemic.

Besides WTA and ATP tournaments, grand slams have also been impacted. Las month Wimbledon 2020 was called off for the year, earlier the Roland Gaross 2020 was rescheduled to August and there is still an air of uncertainty over the US Open 2020 and its modalities, it is conducted.