Manchester United are in talks to sign the 27-year-old Alex Telles from Porto and he will add something the club have been missing for seven years. 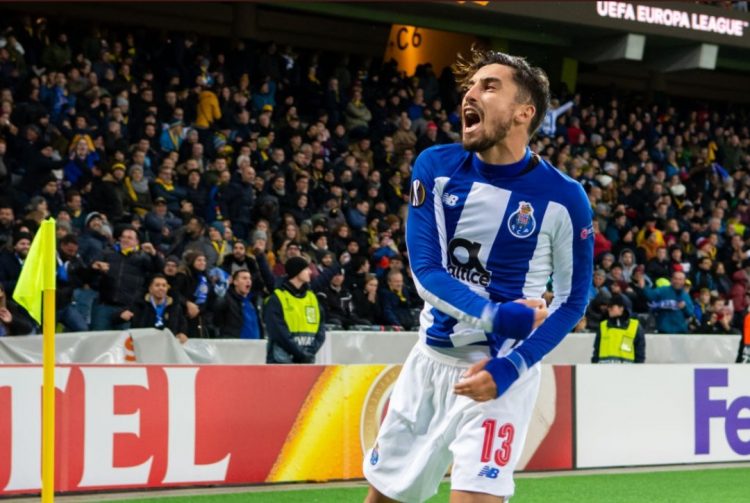 Going into the final two weeks of the transfer window, Manchester United have still only signed one player in Donny van de Beek.

The club are still trying to sign Jadon Sancho despite Borussia Dortmund’s public assertions that he will not be sold. Ole Gunnar Solskjaer also wants to bring in a new left-back to compete with Luke Shaw and it seems Alex Telles is on the agenda.

Manchester United decided against signing Sergio Reguilon after Real Madrid insisted on including a buyback clause and first refusal on a future transfer.

They are believed to have two more options for the left-back position but Alex Telles has emerged as the top target. The Red Devils have reportedly agreed on a contract with the defender and are now in talks with Porto to agree on a fee.

What does Alex Telles bring to the table?

The best teams in Europe have the marauding full-backs who contribute a lot to their side’s attack. Jurgen Klopp’s Liverpool can negate their more workmanlike midfield because of the goals and assists that Andy Robertson and Trent Alexander-Arnold provide from the full-back positions.

Alphonso Davies dazzled for Bayern Munich in their Champions League-winning team with his performances from left-back.

Ole Gunnar Solskjaer’s Manchester United do not have the same thrust from the full-backs. Aaron Wan-Bissaka is a brilliant defensive right-back but needs a lot more work on his attacking game. Luke Shaw, for his pace and power, has scored just once for Manchester United and provided seven assists in six years at the club.

On the other hand, Alex Telles is one of the most attacking left-backs in European football at the moment. He scored 13 times and registered 12 assists for Porto last season and is a major source of creativity for the Portuguese giants. His numbers pale in comparison to what any of Manchester United full-backs have done in recent seasons.

Alex Telles will not only add another goal threat to Ole Gunner Solskjaer’s side but he will stretch opposition defences because of the width he will provide.

The lack of width is also the reason Manchester United are still chasing Sancho and are likely to add a right-winger even if it is not the Dortmund star.

The addition of Telles and another winger will add a different dimension to their attack and give opposition defenders something else to think about this season.

Manchester United are in more advanced negotiations for Telles than any other club but they are not the only ones interested in him.

Paris Saint-Germain are in the market for a left-back after Juan Bernat suffered an anterior cruciate ligament injury, which is likely to rule him out for the season.

There are conflicting reports in France that suggest that PSG are not looking to bring in a left-back but they do hold an interest in Alex Telles.

For the moment, Manchester United have their nose ahead in the race as they have a contract agreed with the player and are now in talks with Porto over a fee.

The Portuguese giants want a fee of around €20m for a player who will be out of contract at the end of next season.

There are suggestions that a deal could be struck between the two clubs by the end of the week but given Manchester United’s dithering over transfer fees, do not hold your breath.