Alexis Sanchez will always be a flop at Manchester United but his failure is now seen as the turning point in the club's recruitment strategy. 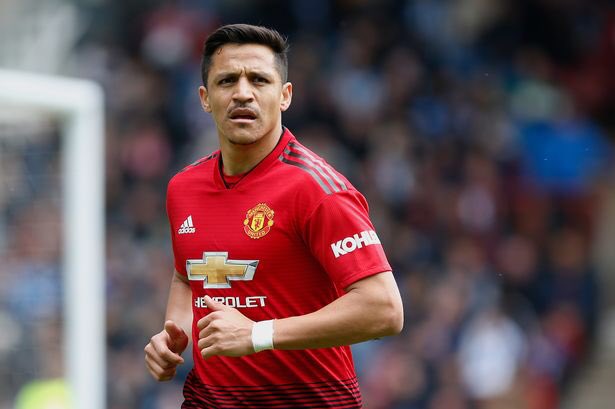 Alexis Sanchez will always be remembered as a colossal waste of money at Old Trafford. (Image Credits: Twitter)

The end is near for Alexis Sanchez at Manchester United. A good end to his season at Inter Milan means the Serie A giants became more willing to sign the winger on a permanent deal and the Red Devils were all too happy to oblige.

While Manchester United are not getting a fee from the deal, the club are happy to offload his salary from their wage bill. The Premier League giants are set to save around €60m over the remaining two years of Sanchez’s contract.

Inter Milan are lending a helping hand to the Ed Woodward and his decision-making team to get rid of a problem in Alexis Sanchez.

The Chilean had no future under Ole Gunnar Solskjaer at Manchester United and he is clearly happy at Inter. It is a deal that works out for all the three parties – Manchester United, Inter and the player.

The Nerazzurri have turned out to be a good selling club for Manchester United. They sold Romelu Lukaku and Ashley Young and loaned Sanchez out to the Serie A giants.

By signing Alexis Sanchez on a permanent deal, Inter are going to provide a major boost to Manchester United’s transfer plans and it seems a move already on the cards with the Red Devils believed to be closing in on Jadon Sancho.

But going back to January 2018, Alexis Sanchez’s time at Manchester United was not supposed to end like this.

Alexis Sanchez’s future was the running saga at Arsenal in the summer of 2017. They had a deal in place to sell him to Manchester City but the Gunners’ failure to land Thomas Lemar from Monaco on the final day killed the Chilean’s move to the Etihad.

But his was contract was running out next summer and January 2018 was Arsenal’s last opportunity to earn a fee from his departure. For all intents and purpose, the Chilean was joining Manchester City but it was a late show by Manchester United to pull off a ‘coup’.

They put a massive pay package in front of the Chilean, the number 7 shirt and to sweeten the deal for Arsenal, they offered Henrikh Mkhitaryan to the Gunners in a straight swap deal.

Alexis Sanchez was happy to earn the money at Old Trafford and Arsenal got a replacement for him as well. On that winter day of January, it seemed the deal worked for all the parties.

Two years down the line, Manchester United are getting rid of Sanchez and Arsenal are prepared to loan out Mkhitaryan for another season to Roma before he turns a free agent next summer.

Sanchez seemed destined to succeed at Manchester United but other than a few glimpses, he never really grew into the iconic red shirt at Old Trafford. But what went wrong?

Jose Mourinho was not the right manager for Alexis Sanchez

Alexis Sanchez at his peak was a glorious footballer – the perfect amalgamation of skill, perseverance and work rate. The Chilean played some of his best football at Arsenal and there was a reason the club tried desperately to offer him a new contract.

Arsenal Wenger worked hard to convince Sanchez to move to Arsenal and the attack of his side was based on the former Barcelona star’s explosive forward play.

He constantly harried defenders and despite not being a natural striker, played centre-forward seamlessly in games. The Chilean had the freedom to play his own game in the final third and was not straight-jacketed into tactics and patterns of play.

Manchester United signed that Alexis Sanchez but gave him to the hands of Jose Mourinho. The Portuguese is a lot of things but in the last few years, his handling of attackers have been questionable.

Eden Hazard underperformed during Mourinho’s last season at Chelsea. Marcus Rashford and Anthony Martial were always left trying to prove their worth to Mourinho at Manchester United rather than feeling his trust.

The then-Manchester United manager got a brilliant attacker in Sanchez but horribly mismanaged him. For starters, he never found a way to stick Sanchez and Paul Pogba in the same team.

Both players took up similar positions while the team were on the front foot and looked clueless about how to dovetail together.

The Chilean also failed to hit the ground running at Manchester United and this led to grumbling from the fans. The Red Devils fans love Anthony Martial and Alexis Sanchez was keeping the Frenchman out of the team.

With each underwhelming performance Sanchez’s stock fell at Old Trafford and with that went his confidence.

Wenger perfectly summarised why Sanchez was struggling at Manchester United. The Frenchman said,

Sanchez looked shot and was part of a Manchester United side who were playing poorly, which led to Jose Mourinho’s departure a few months later.

Alexis Sanchez was injured when Ole Gunnar Solskjaer took charge of Manchester United in December 2018. He missed the majority of that good run of form that earned the Norwegian the permanent contract at Old Trafford.

The Chilean’s injury problems and Solskjaer’s decision to trust Marcus Rashford and Anthony Martial started the process that gradually phased the former Barcelona man out of Old Trafford.

Sanchez was missing in all those big moments. He was nowhere to be seen at the Parc des Princes when Manchester United made that famous comeback in the Champions League tie.

Alexis Sanchez looked out of place in a Manchester United side under Ole Gunnar Solskjaer that was more youthful.The Manchester United manager was making decisions on futures of a number of players towards the end of the 2018-19 season and the Chilean was being put on the chopping blocks.

The 31-year-old was put on the shop window last summer but it took a while before a loan deal was agreed with Inter. Sanchez was still training with the first team squad and it is in one of those training sessions that Solskjaer’s mind was made-up.

His decision to cut Sanchez out of his plans was validated when the Chilean reacted badly to a challenge from Mason Greenwood. Solskjaer sided with the young forward and it was made clear to Sanchez that he is the past and Greenwood is the future at Manchester United.

Alexis Sanchez has been a colossal waste of money for Manchester United and the poor deal has actually helped the club to retool their recruitment style, with Ed Woodward hesitant to sign the players Jose Mourinho wanted the following summer.

Under Ole Gunnar Solskjaer, Manchester United are focusing on younger talents rather than look for ready-made players on big wages.

The signings of Harry Maguire, Aaron Wan-Bissaka, Daniel James and Bruno Fernandes are a sign of Manchester United’s new approach. While big money has been spent, the club are focusing on players of younger profiles.

Solskjaer has also been carrying out extensive background checks on potential recruits to make sure he is signing the right character for his squad. He has famously said that he would prefer holes rather than a******s in his squad.

His decision to let Alexis Sanchez and Romelu Lukaku leave last summer without signing a replacement was a representation of that philosophy.

Manchester United are set to smash their club-record fee for Jadon Sancho but he is only 20, an England international and that is the kind of player the club are keen to pay the big money for.

Alexis Sanchez was the colossal mistake in the transfer market that forced the club too take a look at their recruitment.

Well, at least something good came out of that transfer.