Apart from squeezing in the right overseas players in the lower middle order, DC’s success will depend on how well they manage their strong Indian core. 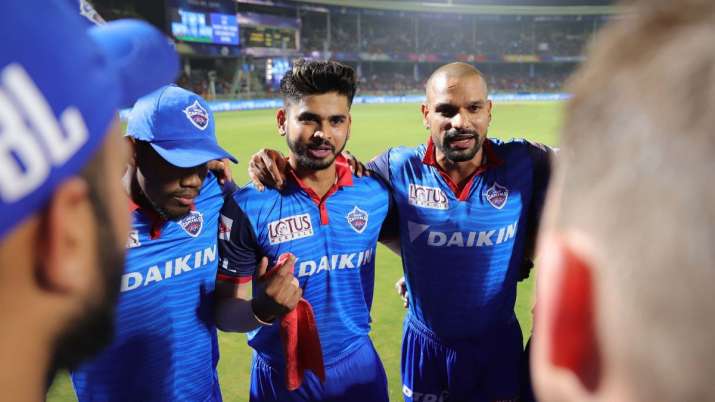 Delhi Capitals will aim to prove their mettle as title contendors in IPL 2020. Image Credit: IPLT20.com

Delhi Capitals (DC) occupy the foremost spot whenever the discussion is about star-studded IPL teams that have failed to live up to their potential. They have finished at the bottom of the table on four occasions (the most by any team in the competition).

History is not on their side, but 2019 was a turnaround (of sorts) for DC as they qualified for the playoffs after a hiatus of seven years. Largely responsible for this was the combination of young Shreyas Iyer as captain (his first full season in-charge) and Australian great Ricky Ponting as head coach.

With a change in leadership and branding (Delhi Capitals from Delhi Daredevils) last season, they made the critics sit up and take notice. Building on the same, they will aim to prove their mettle as title contenders in the upcoming edition.

Concoction of experience and young talent

DC’s biggest merit is that they have the right blend of Indian talent and experience. Last season, some of India’s finest young talents featured in the side’s top-four.

Rishabh Pant earned the India call-up after finishing with 488 runs at an astonishing strike rate of 162. The upcoming season will be a crucial one for him to regain lost ground as India’s wicketkeeper-batsman, a slot that has been captured by KL Rahul.

India cricketer Iyer took over the leadership of the side (from Gautam Gambhir) midway during the 2018 season, and ever since, he has grown both as batsman and leader. Amassing 463 runs, he played a pivotal hand in DC’s playoff berth last season.

Prithvi Shaw scored 353 runs and this time too, DC will bank on the 20-year-old to provide them with flying starts.

Coming to experience, DC boast of the flamboyant Dhawan, who hammered 521 runs last season and finished as the side’s leading run-getter. Besides, the side has been bolstered with the arrival of India veterans Ravichandran Ashwin and Ajinkya Rahane. Both have captained their IPL franchises in the past and Iyer can seek assistance from them.

The management is expected to promote the left-right combination of Dhawan and Shaw as openers. Much like last season, the No 3 and No 4 slots are also likely to stay with Iyer and Pant. But where can we accommodate Rahane?

Well, the only option is the No 3 slot. At best, one can think of him as someone around whom the top-order revolves, which means he might have to warm the benches unless there’s an injury or someone fails miserably.

Much like the subcontinent, the pitches in Dubai, Abu Dhabi, and Sharjah are expected to have a lot of juice for the spinners. And DC will be delighted since they boast of a potent spin attack.

Ashwin has been one the best bowlers in the IPL, more so in the powerplay overs, and can be accordingly utilised as a weapon.

The DC think tank might have a tough time picking between Amit Mishra, who is IPL’s second-highest wicket-taker with 157 scalps, and Nepal’s Sandeep Lamichhane, a renowned name in franchise cricket across the world.

Axar Patel brings all-round abilities to the table and will probably be their third spinner.

With 25 wickets to his name, Kagiso Rabada finished as the side’s leading wicket-taker last season. The South African quick will undoubtedly spearhead DC’s pace attack, but who will take the load off his shoulders? With Chris Woakes opting out of the tournament, this doubt is an obvious one.

Although one of India’s experienced Test bowlers, Ishant Sharma is not as handy with the ball in the shortest format of the game. The lanky pacer had an underwhelming average of 26.84 last season and could only claim 13 wickets from as many games. Still, the Delhi lad is likely to find a place in the squad.

Mohit Sharma has battled a few injuries in the past and doesn’t come across as someone at his prime. Besides, they have Daniel Sams, Big Bash League’s highest wicket-taker, and South African quick Anrich Nortje in the squad. Again, how effectively they fare in spin-friendly conditions is something that remains to be seen.

Another weak link for the team is their lower-middle order, where they would have appreciated the presence of a proven finisher.

Fresh from an impressive Caribbean Premier League (CPL) campaign, Shimron Hetmyer might grab the side’s No 5 spot, although he scored these runs at the No 3 position.

Australia all-rounder Marcus Stoinis and wicketkeeper-batsman Alex Carey are prime contenders for the No 6 position.

Maybe, whoever RCB drop turns into gold, and similar was the case with Stoinis, who had a terrific Big Bash League (BBL) 2020. He amassed 705 runs and is currently being backed as a finisher in Australia’s T20I set up.

Carey had a decent BBL campaign and has looked promising for Australia in the lower middle-order. Considering that the franchise is looking to fill a similar role, he fits pretty well in their scheme of things.

They also have bowling all-rounder Keemo Paul, who varied his pace well last season. However, he doesn’t add the depth that DC would be eyeing.

Finally, the problem of plenty, albeit a good headache to have for the team’s think-tank, can be a recipe for disaster. Apart from squeezing in the right overseas players in the lower middle order, DC’s success will depend on how well they manage their strong Indian core.

Started out with Firstpost.com (Network 18) as a sports journalist. Loves watching cricket and making a living out of it. WWE makes him nostalgic.