Alvaro Morata: The art of being a successful failure 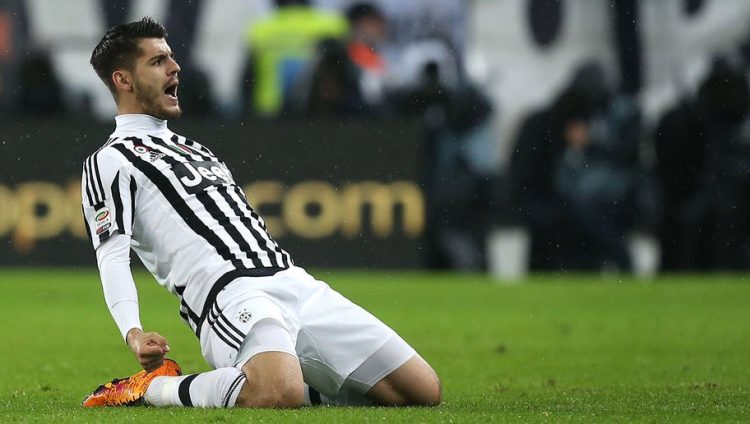 Alvaro Morata — one of the most gifted scorers of the academy — was supposed to be another worthy addition to the list of elites. However, for reasons unknown, the Spain international has attained mastery in false promises.

Morata, who was first discovered at Atletico Madrid in 2006, started his migration process in 2007 when he secured a free transfer to Getafe’s youth academy.

A year later, he arrived at Real Madrid and started featuring for the under-18 side. He quickly progressed through the ranks of the academy system and made his senior team debut in 2013.

Alvaro Morata didn’t make much of an impact that season, of course, but he was a strong presence in the 2013/14 Champions League afterparty.

In 2014/15, he was shipped off to Serie A side, Juventus, for the sake of exposure in a top-five European League. Real Madrid sold him, of course, but didn’t fail to insert a buyback clause.

After two seasons, in which Alvaro Morata amassed 27 goals and 18 assists in 93 appearances across all competitions, Real Madrid exercised their buyback clause. €30m later, the Spaniard was back home and prepared to prove a point.

His 45-goal contribution at Juventus might look decent, but it’s to be noted that most of his appearances were off the bench. The Spaniard was named in the starting XI on only 27 occasions in Serie A, with the remaining 36 appearances coming off the bench.

Zinedine Zidane knew the impact Alvaro Morata could have off the bench and only used him sporadically. He started a bunch of games for Real Madrid in 2016/17, of course, but very few of them were deemed as difficult or unwinnable without the likes of Cristiano Ronaldo and Karim Benzema.

He hit 20 goals — across all competitions — for the first time this season, but the feat wasn’t enough for Zidane to give him the nod ahead of Benzema.

So, after completing a La Liga-Champions League double with Real Madrid, Alvaro Morata was sold to Premier League giants, Chelsea.

The Blues broke the bank to sign the forward for €66m, but they were happy to have a Champions League star at their disposal. Sadly, though, their European dream turned into a nightmare a lot sooner than anticipated.

Alvaro Morata took no time to make his mark in the English top-flight. He scored in his highly-anticipated debut and celebrated a hattrick only five matches later.

In only six matches, he had secured six Premier League goals — a feat very few debutants had achieved before. Sadly for all parties involved, Morata failed to replicate his blistering six-match spell for the remainder of his Chelsea career and eventually ended up on Chelsea’s transfer list.

After only 72 appearances — in all competitions — and 24 goals, Morata was loaned out to Real Madrid’s bitterest rivals and Morata’s first club, Atletico Madrid.

In his six-month loan spell, Morata racked up six goals in La Liga and somehow convinced Atletico Madrid to make the move permanent in the following summer. Los Rojiblancos handed €56m to Chelsea and brought Morata “home” for good.

In his first full season at Atletico, he got the chance to make a dramatic impact. Yet, once again, he failed to deliver on the biggest of occasions. He ended the season with only 14 goals and 6 assists in 44 appearances across all competitions — a disappointing return for a team’s primary number 9.

Refusing to pay Alvaro Morata’s salary, Atletico contacted Juventus and offered the striker’s services of €9m loan fee. The Bianconeri obliged and have decided to give Morata another shot.

The 27-year-old is back again in Turin and would feature under Andrea Pirlo and alongside former team-mate, Cristiano Ronaldo, this season.

Real Madrid, Juventus, Real Madrid, Chelsea, Atletico Madrid, and Juventus again — Alvaro Morata’s journey has been nothing but staggering; especially because the forward has never done anything significant to warrant the attention of some of the most elite teams in Europe.

However, if we were to take the liberty, we probably could explain Morata’s globetrotting quite easily. The player doesn’t necessarily depend on results to attract suitors. He only shows them his potential; offers them the prospect of signing a potent centre-forward.

The rest is taken care of by the hopeful heart and football’s unpredictability.