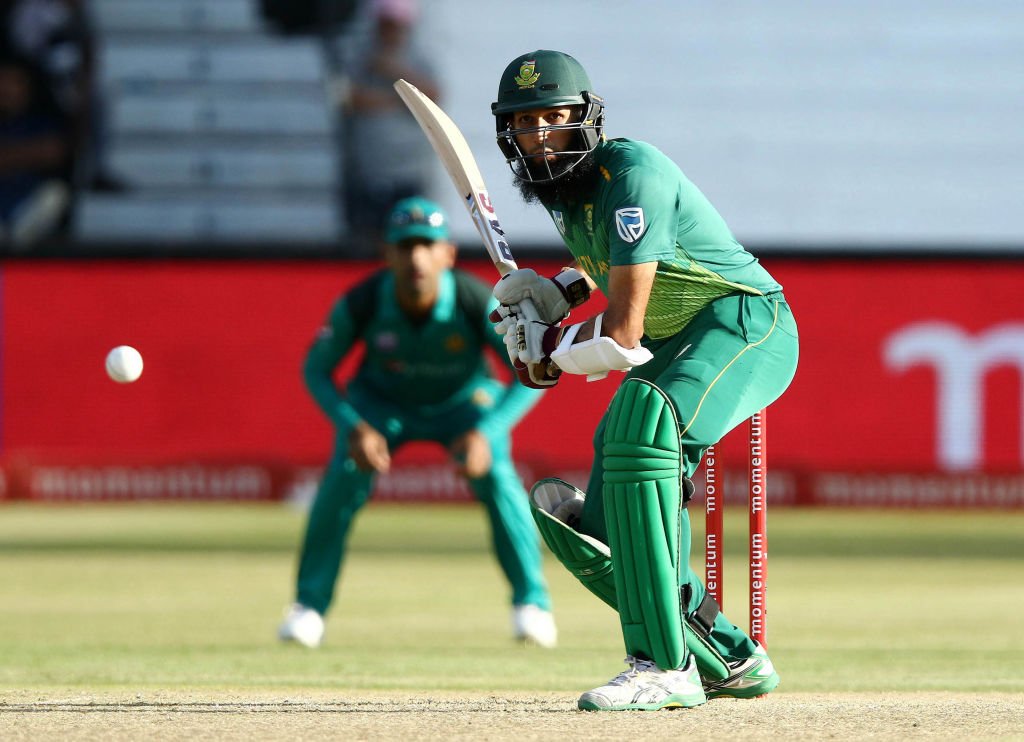 South Africa have named an experienced 15-member squad for the upcoming ICC World Cup 2019 starting from May 30 onwards in England and Wales. The Proteas go into the coveted event as the dark horses.

Like usual, the South African side boast of immense steel and character on paper. It is the final outcome that will test them once again. Recent results in ODIs could play a strong role in bringing in the necessary substance in a marquee event.

South Africa’s squad sees the experienced Hashim Amla being included. He was one of the major doubts given his poor form off late. His inclusion has resulted in Reeza Hendricks missing the cut.

Apart from that, the South African squad looks well settled and furnished. It was expected that the team will rely around the names that have been named by the selectors.

South Africa have some strong names in both batting and bowling and it’s the latter where they could be more effective and dangerous.

Skipper Far du Plessis has plenty of options up his sleeves and can turn up to a host of pacers to aid the side. From Dale Styen, Kagiso Rabada to that of an Anrich Nortje, the Proteas boast of quality seam attack.

Imran Tahir, who has been ruling the Indian Premier League 2019 with his leg-spin, is the marquee bowler. There are some key names in batting as well. The Proteas open their World Cup campaign against hosts England on May 30.

They also face India on June 5. The start for them will be a difficult one, but one expects SA to rise to the challenge and provide a stern fight. They are ranked third in the ICC Rankings for Teams at the current moment.

South Africa will be in the mix in terms of the heavyweights going into the World Cup. Here we analyse their 15-member squad ahead of the 2019 World Cup.

SA will hope to build on strong opening options

SA will rely upon a power packed opening combination. They have the quality in the form of Quinton de Kock. The southpaw is currently enjoying a strong form with the bat.

He was on top gear against Sri Lanka in the ODIs this year. De Kock churned out his most productive ODI bilateral series ever. He slammed one century and three fifties in five innings.

De Kock will be one assured opener and it remains to be seen whom South Africa choose to partner him with at the top.

Amla has been an accomplished senior player for South Africa in ODIs. He has scored 7,910 runs in ODIs at an average of just under 50. However, the classy batsman has struggled for form lately.

2018 was a disaster for Amla across formats as he failed to show any signs of consistency. But he has the pedigree which worked in his favour.

Aiden Markram is the third name in the list. He has played 18 ODIs for the Proteas and has a poor average of 29.58. He is yet to hit a ton. Markram could perhaps be looked upon as the third choice opener here.

He has the promise though of producing substance and is a fine Test player. Maintaining scoring form will be important.

Skipper Faf du Plessis will take command over the middle order. He has been in strong touch with the bat this year with 427 runs in 10 matches. The experienced campaigner will be crucial for the advancement of the team.

His role and importance in the side is of great value. Faf will need to do the bulk of scoring and Marshall his troops well.

The captain will be supported by veterans David Miller and JP Duminy in the middle order. The two left-handed batsmen have enough character and knowledge about the game.

Their ability to play match-winning innings will hand the side enough impetus. Miller is amongst the runs in IPL 2019 and Duminy is currently nursing an elbow injury.

Rassie van der Dussen is one of the promising high-profile names. He has had a strong start to his international career. In nine ODIs, he has scored 353 runs to aid the Proteas team.

He could be given the nod ahead of Duminy in the middle. The availability of all-rounders such as Dwaine Pretorius and Andile Phehlukwayo will be important for SA in the lower middle order.

Both are handy pace-bowling all-rounders and will offer impetus in the bowling as well.

SA have a dream bowling line-up on offer

Faf will also have a lot of pace options to choose from, with all of Kagiso Rabada, Phehlukwayo, Lungi Ngidi, Dale Steyn, Anrich Nortje and Pretorius in the mix.

Rabada and Steyn are the go to bowlers and the leaders of this unit. Their form and experience can guide SA in going long and strong.

Rabada has lit up IPL 2019 with a flurry of wickets. Steyn has also been roped in by RCB as a replacement bowler. There is that presence of world class attributes with the two at the helm.

Ngidi and Nortje add variable support and present a strong case as the third pacer in the team. Both these player missed the ongoing IPL with injuries.

Nortje can hit speeds upwards of 150kph as he showed the same in the Mzansi Super League last year. He also impressed in the Sri Lanka series, where he made his debut. Both players are on the road to recovery.

The spin department will be headed by 40-year-old wrist-spinner Imran Tahir. The ace spinner has been on fire in the IPL 2019 season for Chennai Super Kings. He will look to continue with his fine form in the coveted tournament.

The side can also fall back on Tabraiz Shamsi if they need a back-up to Tahir. Meanwhile, Duminy is an experienced part-timer as well.

With Pretorius and Phehlukwayo, SA will not be short of bowlers in a match even if someone has a bad day.