Anjum Chopra: Crossing the final hurdle a problem for India 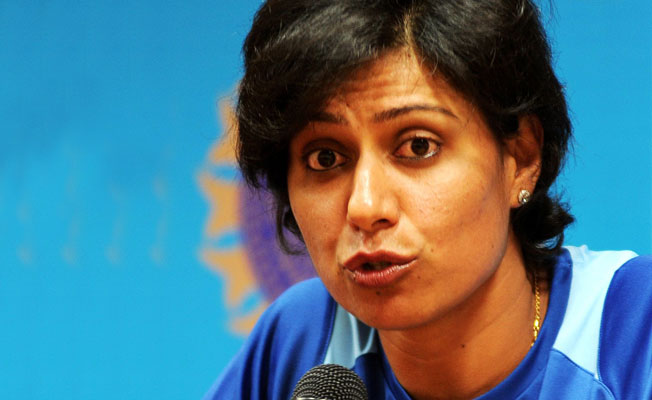 Former India captain Anjum Chopra, who has played in six World Cups, has recently shared that Indian women’s cricket team is down to “experience and preparation”. Her comments came after India team faced two recent defeats in  World Cup finals.

India faced a 9-run defeat to England in 2017 50-over World Cup in and ost to Australia in 2020 T20 World Cup final. In fact, India reached the ICC Cricket World Cup way back in 2005 but they failed to win too.

Chopra thinks “crossing the final hurdle” is a problem for Team India. But she is confident that the current team will soon cross the barrier.

While speaking on an Indian Express Facebook Live session, Anjum Chopra, said, “We had made it to the final in the 2005 World Cup in South Africa as well. It was on our minds before the tournament that we had reach the final. But we didn’t know how to cross the final hurdle.”

“The current team should be better equipped (to win a World Cup). It has to do with preparation before the tournament,” she further added.

Team India have evolved a lot over the years where the current team have taken fearless approach in recent times. India had introduced a few new faces in the team including the youngster Shafali Verma who had given big trouble to the opponent bowlers. Since her debut last year, she has been playing fearlessly and providing with a solid start to India.

“Shafali Verma is someone who comes with no baggage,” she said.

One of the stalwarts of Indian women’s cricket, Anjum Chopra was the first Indian to score a century in One Day International in 1999 and she was also the first Indian captain to win a Test series abroad in 2002 too.

While speaking about the games and how it has changed over the years, she said that she would have loved to play in front of big crowds, like the T20 World Cup final in Australia this year. The final has witnessed a record-breaking attendance at MCG as well.

“We never played to capacity crowds – 90,000 people watching at the MCG – like I saw in the recent T20 World Cup. Whatever change has happened in women’s cricket, it’s been for the better,” she concluded.

A zoology graduate who loves to write about Women's Cricket. Avid reader. Loves to listen to music.