At the US GP, Finnish driver Valtteri Bottas is due for another penalty, this being his 3rd in four races! 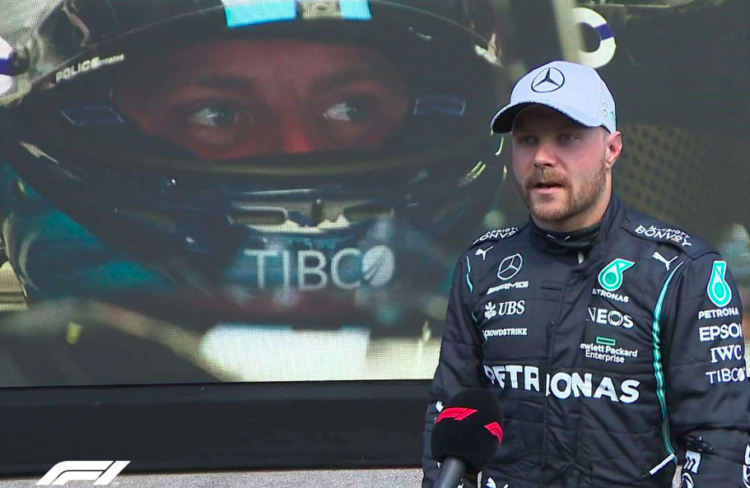 DNFs and P3’s! Remember the phenomenon: a DNF followed by a P3!

That’s pretty much how Valtteri Bottas’ first five races of this season panned out.

For someone who started the 2021 world championship with a third at Bahrain, only to race-retire at the Emilia Romagna GP (the next race), soon after which he’d gather another third and then, a third yet again, (as seen at Portugal and Spain, respectively), that Valtteri Bottas is on third on the current standings is hardly a surprise.

Rather, one could say, it’s a staunch resistance to deviate from the norm in some ways.

In a sport where numbers play a big role, it does appear that the numeric # 3 has played a definitive role in the life of a driver who doesn’t command huge fan bases, but one whose career, apart from consistency, is based on what the team has often commanded him to do.

Not that Valtteri Bottas would feel any great about incurring a near-certain third F1 engine penalty of this season.

At the 2021 US Grand Prix, Valtteri Bottas will be struck by a penalty, on account of driving with a brand new engine.

This, once directed by the stewards will be a third grid penalty for Bottas in his last four Grands Prix.

That’s an awful lot of penalties- don’t you think?

There are blows, there are jolts too, but this one is brutal

Little can a driver be blamed for where his team makes a call. Ditto for Bottas.

Aspects like mechanical malfunctioning or other hindrances that cause a driver to race retire are all too common and can hurt the mindset of the one who’s focused at looking ahead.

You don’t want to be held back; you want to just march on and on.

But what do you do when your team introduces a change that’s unavoidable even if it’s for your own good and in effect, for the best interest of your car?

At the Circuit of the Americas, the Finn’s mind will be focused on how to ace the race even as he’ll be struck by an engine penalty, not the first of his 2021 World Championship.

Along with Sebastian Vettel (Aston Martin) and George Russell (Williams), both of whom are also set to be struck by a grid penalty and for the exact same reason as the Mercedes driver, Bottas isn’t alone you could say.

Although given the trio is going to be hampered by a penalty, one may not want to use the catchphrase, three’s a company!

Having said that, all of this does raise a pertinent question whose time has come.

Have Mercedes run into extreme engine issues that replacements are happening rather frequently?

Or is it that everything is fine and the Finn, who recently stormed home to take first at the Turkish Grand Prix could still run a decent race?

Upon completing many years at the sport’s top flight, one supposes there’s got to be something that must pinch the Nastola-born talent, one who had a decent-if not stellar- run with the Silver Arrows.

So what Valtteri Bottas is going to turn up at Owen Wilson-land: a perturbed one or the usual icy cool one who keeps his head down and prefers to perform at the race to the best of his ability?