Under Mikel Arteta, Arsenal will be heading into the 2020-21 Premier League campaign, hoping for a top for finish. 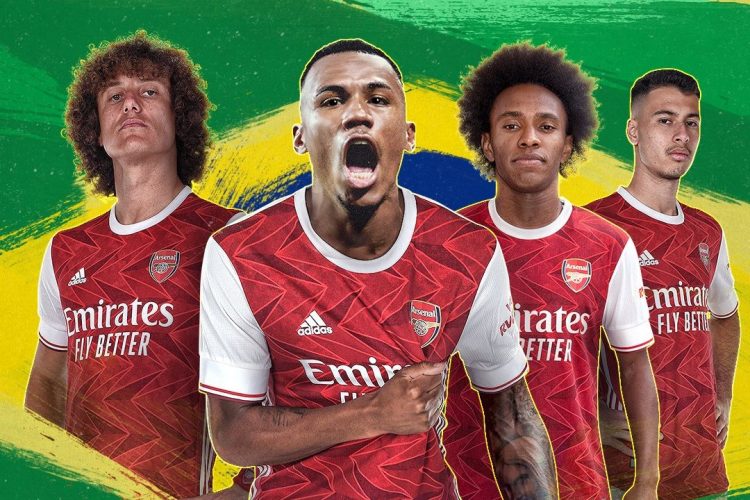 Arsenal had their worst league campaign in 25 years last season when they finished eighth in the Premier League standings. But the campaign ended on a positive note with the FA Cup win, which also helped them to qualify for next season’s Europa League.

The north London outfit believe Mikel Arteta is the right man to take the club forward and wins over Liverpool and Manchester City at the end of last season provided some evidence to the notion. Arsenal have looked more organised under the Spaniard and have found a way, albeit defensive, to beat the top teams in the Premier League.

But Arteta wants his side to dominate games and build a side that can go toe-to-toe with the best teams in England and Europe. It will take more time and definitely more than one transfer window to get to that position but under the new manager, Arsenal have shown enough signs of progress.

The Spaniard took charge of a very dysfunctional side in the middle of last season and managed to bring in some sort of organisation by the end of the campaign. The FA Cup triumph was sweet but Mikel Arteta is aware that qualifying for the Champions League has to be the goal next season.

Arsenal are set to spend a fourth season out of Europe’s elite competition and it has not only affected their finances but their ability to attract the best players.

Willian – Arsenal have signed the former Chelsea winger on a three-year deal this summer. The 32-year-old Brazilian left the Blues at the end of his contract and agreed to join the Gunners on a free transfer.

While the role of super-agent Kia Joorabchian is almost unmissable in getting the deal done, the winger is said to have been convinced by Mikel Arteta’s plans for Arsenal and agreed to join Chelsea’s crosstown rivals.

Gabriel Magalhaes – The 22-year-old Brazilian defender was expected to join Napoli in the ongoing window. But the Italians’ inability to shift out Kalidou Koulibaly quicker meant it gave an opening to Arsenal and the Gunners managed to convince the centre-back to move to London.

Arsenal needed defensive reinforcements in the ongoing window and believe that they have snapped up a highly-rated young defender in Gabriel.

Cedric Soares – Arsenal signed the right-back on a permanent deal after initially signing him on loan from Southampton in the January transfer window. He is being seen as cover to Hector Bellerin in right-back but the Spaniard being linked with a move away, Soares could soon find himself as first-choice next season.

Pablo Mari: The defender’s loan move from Flamengo has also been turned into a permanent deal. He made just three appearances but it was enough for him to earn a four-year contract.

Dani Ceballos – The north London club have also managed to re-sign the Real Madrid midfielder on another loan deal. Ceballos came into his own in the second half of last season and there were little doubts that Mikel Arteta and Arsenal wanted him back ahead of the new campaign.

Willian Saliba – Arsenal signed the defender from Saint-Etienne last summer before loaning him out to the French club for a season. The 19-year-old Frenchman is also a new addition to Mikel Arteta’s squad ahead of the new season.

The Gunners are still in the market for a defensive midfielder but it is looking increasingly unlikely that they will get Thomas Partey. Atletico Madrid are refusing to negotiate a fee for him and the Gunners do not have the funds to trigger his €50m release clause.

Arsenal are likely to sign a new number two goalkeeper if Emiliano Martinez leaves the club. The Argentine more than held his own in the absence of Bernd Leno in the second half of last season and is not keen to continue as the understudy to the German in the 2020-21 campaign.

22-year-old defender Konstantinos Mavropanos has joined Bundesliga outfit VfB Stuttgart on a loan deal until the end of next season.

Henrikh Mkhitaryan has also left the club and rejoined Roma on a permanent deal following the end of his loan spell at the Stadio Olimpico.

Sokratis is expected to leave in the ongoing window as well with Napoli interested in signing him. The 32-year-old is trying to convince Arsenal to let him go on a free transfer despite having a year left on his contract. The Gunners are also looking to loan out Rob Holding with Newcastle said to be interested in securing a deal.

Arsenal have also offered Matteo Guendouzi to every major club in Europe and are actively seeking to sell the Frenchman this window. Lucas Torreira is also said to be on the chopping blocks with several clubs in Italy monitoring his situation.

Arsenal’s possibility of signing a new defensive midfielder is largely depending on shifting Guendouzi and Torreira out in the ongoing window.

Mikel Arteta has emerged as Arsenal’s biggest strength in the dugout. He has brought a clarity of vision to the club and the way he ruthlessly dealt with Mesut Ozil and Matteo Guendouzi was refreshingly different from the way the Gunners handled disgruntled players in the past.

The key for Arsenal now is to back him in the market as without proper investment, Arteta cannot continue to pull rabbits out of the hat at the Emirates.

Pierre-Emerick Aubameyang is expected to sign a new contract with Arsenal soon and it could be the biggest signing of the summer for the club. The Gabonese international has continued to plunder in goals in an average Arsenal team over the last 30 months.

His goals helped them to win the FA Cup at the end of last season and he is the talisman upfront the club will need if they have to qualify for the Champions League any time soon.

Arsenal’s defence ahead of the new season remains untested. William Saliba is a highly rated young centre-back but is still only 19. Gabriel Magalhaes is coming to English football from Ligue 1 and is likely to take some time to get used to the beats of the Premier League.

Both their new centre-back signings are untested in England and in a season where there will be little room to breathe, it could become a tricky period of settling in.

With Sokratis expected to leave and Shkodran Mustafi injured, David Luiz is the only senior centre-back in the squad. Question marks over the Brazilian’s ability at the top level remain but Mikel Arteta will depend on the former Chelsea man to provide leadership to a young set of defenders next season.

Anyone stressing the importance of Pierre-Emerick Aubameyang would be excused for feeling like a stuck record. But, assuming he signs his new contract as is expected, he will be fundamental to anything Arsenal and Mikel Arteta are going to achieve next season.

Arteta is trying to mould a new defence and midfield and having the Premier League’s best striker in his squad will be a massive help.

Also Read: Dani Ceballos returning to Arsenal was an easy decision for all parties involved