Arsenal have shown signs of improvement under Mikel Arteta. But will the Spaniard backed in the transfer market by the Gunners board? 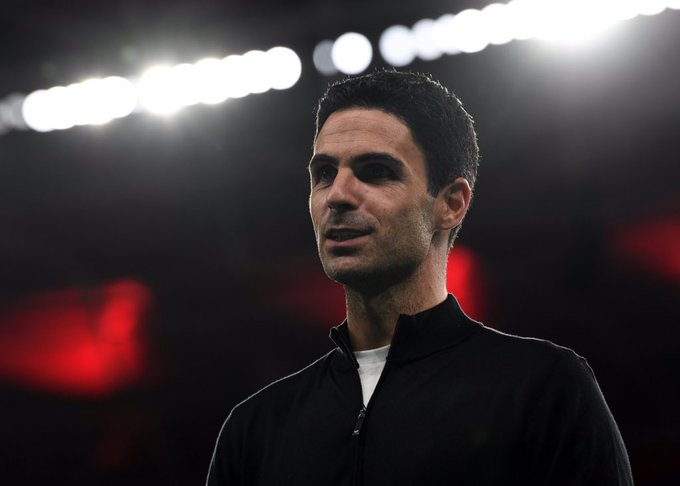 Mikel Arteta has an uphill task of rebuilding Arsenal, but will he get the backing in the market? (Image Credits: Twitter)

Mikel Arteta has not been subtle about his need to spend money to adequately strengthen his Arsenal squad. He has made it more or less clear to the Arsenal board, ‘back me in the transfer window or see Arsenal slide down further’.

The Gunners are going into the market on the back of their worst Premier League season in 25 years and are set to be out of the Champions League for the third year running.

Arsenal have already made noises about being a Europa League club with a Champions League wage bill and if they do not beat Chelsea in the FA Cup final on Saturday, there will be no European football for them next season.

The pandemic has also hit their finances like any other club and there are serious question marks over how much Mikel Arteta would get to spend in the summer.

There are also concerns that the Gunners are depending too much on super-agent Kia Joorabchian for players.

Regardless of all the problems, one thing is certain that Arsenal need key signings to even break into the top six next season with top-four already seeming unrealistic at the moment.

Arsenal’s defence has been lambasted for a few seasons now. They concede too many soft goals and often crumble under pressure. However, wins over Manchester City and Liverpool showed there was resilience at the back.

But some of the underlying statistics make it clear that there has not been much improvement under Mikel Arteta.

William Saliba will be an Arsenal player at the start of next season. He is highly rated and the club worked hard to get the deal over the line last year.

However, he is still 19 and expecting a teenager to be a transformative signing for their defence would be ludicrous.

The Gunners already have way too many senior but flawed defenders in Shkodran Mustafi, Sokratis and David Luiz. Saliba will need a calm head beside him in order to let the young Frenchman settle in.

RB Leipzig’s Dayot Upamecano has been touted as an Arsenal target but it is unclear whether the Gunners have the money to spend €60m on a centre-back this summer.

Granit Xhaka has improved since he seemed like leaving the club in January. But he remains an inconsistent player and Arsenal are looking to bring in a more robust defensive midfielder.

Thomas Partey is their top target but Atletico Madrid rejected their €25m plus Matteo Guendouzi (we will come to him later) bid earlier this week.

They do not want to sell the player and Arsenal will have to trigger his €50m release clause to sign him. But the Gunners have indicated they won’t be doing it. So, here we are!

Philippe Coutinho has been linked with a move to Arsenal and on the face of it, the rumours seem ludicrous. He will demand a massive pay packet and even if Barcelona agree to loan him out, the fee is expected to be steep.

A transfer fee for the Brazilian could be out of Arsenal’s range as well. His performances in the last two seasons are not good enough to justify a potential big outlay on him.

However, he is a Kia Joorabchian client and how many expected David Luiz to join Arsenal from Chelsea last year and how many still believed that he will be given a new contract this year?

What about Pierre-Emerick Aubameyang, Mesut Ozil and Matteo Guendouzi?

Arsenal want to keep one of those players and he is the one who didn’t come from Real Madrid. Sorting out Pierre-Emerick Aubameyang’s contract is a priority for Arsenal as they do not want to sell him this summer.

Luckily, the Gabon captain is happy at the club and enjoys playing under Mikel Arteta but on the flip side, he is 31 and he is slowly running out of time to win major trophies.

Will he be convinced about being part of a project under Arteta that will take a few years for fruition? Can Arsenal provide any guarantees or assurances to the striker over signing players that will take the club back into the Champions League next year?

Aubameyang has been prolific for Arsenal but the club will have to answer a few tough questions before he signs a new deal. Barcelona and Inter Milan are monitoring his situation at the Emirates.

Mesut Ozil is the highest-paid player in the Arsenal squad and will remain so even if Aubameyang signs a new contract. The club are paying for losing their nerve two years back and offering him a massive new deal.

Mikel Arteta clearly doesn’t trust him and the 31-year-old has not played a minute of football since the season came back from lockdown. No one expects him to play in the FA Cup final as well.

How do Arsenal solve such an expensive problem? There is little they can do other than paying off the rest of his contract and let him leave this summer.

Mesut Ozil’s agent has made it apparent that he is happy to sit through the final year of his deal and leave Arsenal next summer.

That is the nightmare scenario for the club and Arteta as the Arsenal manager will be asked about Ozil in every press conference. It will a running distraction next season.

Arsenal are flogging Matteo Guendouzi around Europe. He has already been offered to Atletico Madrid and Barcelona as part of swap deals.

The Frenchman was more or less exiled from the first team towards the end of the season due to disciplinary issues and we have a feeling that was a wrong move on Mikel Arteta’s part.

In a market where clubs are expected to be extra careful about spending money, why would anyone want to buy a player for a considerable fee who was more or less kicked out of the squad because of his attitude? Why would Atletico Madrid let Thomas go for €25m and an ill-disciplined Guendouzi?

The Frenchman remains highly-rated talent but Arteta knocked a few millions of his value when he was cut out from the squad.