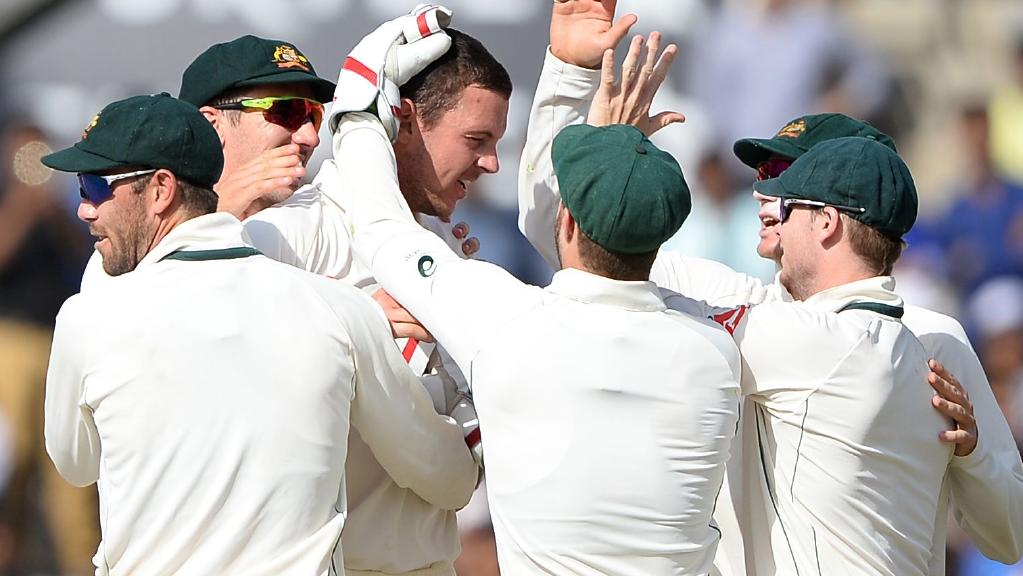 It was a tale of similar feelings for England just as to what they have gone through in throwing away the momentum after being in good positions. The first day of the fifth Ashes Test at the Sydney Cricket Ground (SCG) highlighted an Australian comeback to see the visitors reel at 233/5 at stumps.

Late wickets was the key once again for Steve Smith’s side robbing England skipper Joe Root of an Ashes century and also denting their hopes to get off to a prolific start in the early stages of this dead-rubber Test. The trio of Josh Hazlewood, Pat Cummins and Mitchell Starc were amongst the wickets and bowled patiently to get their side on track after Root threatened to walk away with a big score.

England captain’s misery in converting starts into big scores continued to pile the misery on him. This time he got out for 83 runs and after looking so close to get to his maiden ton in the series, Starc had other plans in mind. The returning Starc, who missed the fourth Test with an injury may have seen his pace fall, but dealt England their biggest blow. Root’s issue this time was not alone his but a stunning catch by Mitchell Marsh.

Unfortunately, it was the penultimate over of the day of what should have been a sunny day for England. Instead from a commanding situation, the old problems creeped in. Jonny Bairstow (5) followed an over later as Aussies drew the first blood to shape a day towards their favour. As mentioned in the preview article that how much it is essential for Root to break the shackles and carry his team forward. Once again his runs and the timing of his dismissal turned out to be an agony.

The tourists looked good after David Malan (55*) appeared to have stitched a solid 133-run partnership with Root. From 95/3, they took their team to 228 runs before Root’s dismissal shook them. The duo resisted Australia’s bowlers for most of day one Malan and Root were immovable for more than three hours at the crease to rebuild the English innings. There were two moments of a mini-collapse for the visitors. 1) Just before tea, 2) Just before the end of day’s play.

Cummins got James Vince to nick a wide delivery, before Josh Hazlewood was prolific once again to trap Alastair Cook in front and had him LBW after a successful review. The duo till then had added a 60-run stand. Cummins and Hazlewood both picked two wickets apiece to clinch the most crucial moments of the day. They alongside Starc have played a vital role in Australia winning the series 3-0 and once again in this Test they chipped in as an unit.

Josh Hazlewood was the star performer of the day and, time and time again, he has gone on to show why he is their Mr. Reliable. He bowled in tight channels and his wicket of Bairstow with the new ball at the end of day’s play was a huge moment in this Test match. Meanwhile, Cummins got both Vince and Mark Stoneman and bowled his heart out. It was good to watch him keep the consistency going and enjoying good run in this series.

Starc bowled well below his pace and was the costlier amongst the trio of pacers. Aside from a few yorkers in the early stages with both new balls, he did not cause much threat otherwise. But now with the tail on offer on the 2nd day, he will fancy his chances and get a flurry of wickets.

Here is a look at Hazlewood, Cummins and Starc’s bowling on the first day of the 5th Ashes Test.

What will be most talked about is Root’s top score as skipper has been 68 in this series prior to the Sydney Test. In Australia, he has no centuries to his name and although he batted well this time, he wasted an opportunity to dictate terms. For the 2nd successive Ashes series Down Under, Root hasn’t found it going by the standards he has set for himself.