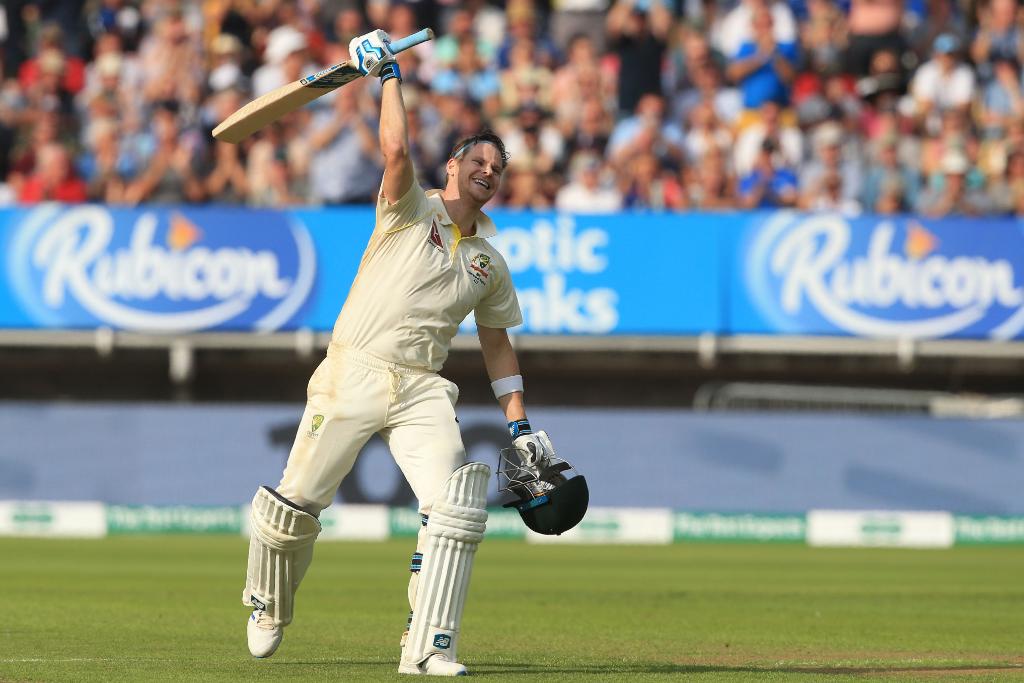 To notch two centuries in a Test match is no mean feat. To score two centuries in the Ashes is even mightier. When Steve Smith arrived at Edgbaston wearing the more familiar whites, there was a sense of something is needed to be done. It was to get accustomed to the longest format and make a mark altogether from a new point in his career.

Smith has been a revelation of sorts since 2013, when he smashed his first Test hundred. He took over the dynamics of the format and kept redefining a role of a warrior. In 2018, a period of darkness engulfed the Aussies. Former captain Smith, alongside David Warner and Cameron Bancroft was involved in a ball-tampering scandal. What followed were 12 months ban, darkness, mockery and intense scrutiny.

Tears rolled down Smith’s eyes in that emotional press conference when he touched down his native country. More than 12 months later, those tears have turned into utmost joy. Those very tears paved a way for something spectacular. The middle order batsman walked down the Edgbaston pitch and dictated the show in the first Test match of Ashes 2019.

Smith amassed a blistering 144 to jail the Aussies out from misery. They were reeling at 122/8 at one stage and Smith’s ton ensured that the visitors ended with 284. Smith amassed his ninth Ashes ton and a 24th career Test century as well. But even he knew one of the most important innings of his life was just the beginning. The Test wasn’t done. The job wasn’t done.

Centuries in both innings of the match, take a bow Steve Smith!

A stunning return to the longest form from the Australian.#Ashes pic.twitter.com/vVXlPEVtsl

After England got a valuable 90-run lead, the onus was on Australia to produce something special. Smith came in at 27/2 and did what he produced in the first innings. The watchful eyes of the master kept hunting for the gaps. As patient as he is, Smith kept carving out delicacies that bothered the Englishmen.

England players knew that its Smith’s wicket they need the most in the second innings. Yet, with the pitch not as effective as the first innings and things slowing down, they had to force Smith in making a mistake. That mistake didn’t arrive. Smith with all the time in the world, smashed another century. This was perhaps even more important in taking Aussies past the safety line.

In the first innings, it was two crucial fifty-plus stands with Peter Siddle and Nathan Lyon. This time the partnerships arrived with batsmen Travis Head and Matthew Wade. Australia have taken their lead way past the 200-run mark. Smith has taken guard and is protecting the Aussies to take the game away from England. He was their guardian angel.

Smith scored 142 in the second innings, before being dismissed by Chris Woakes. 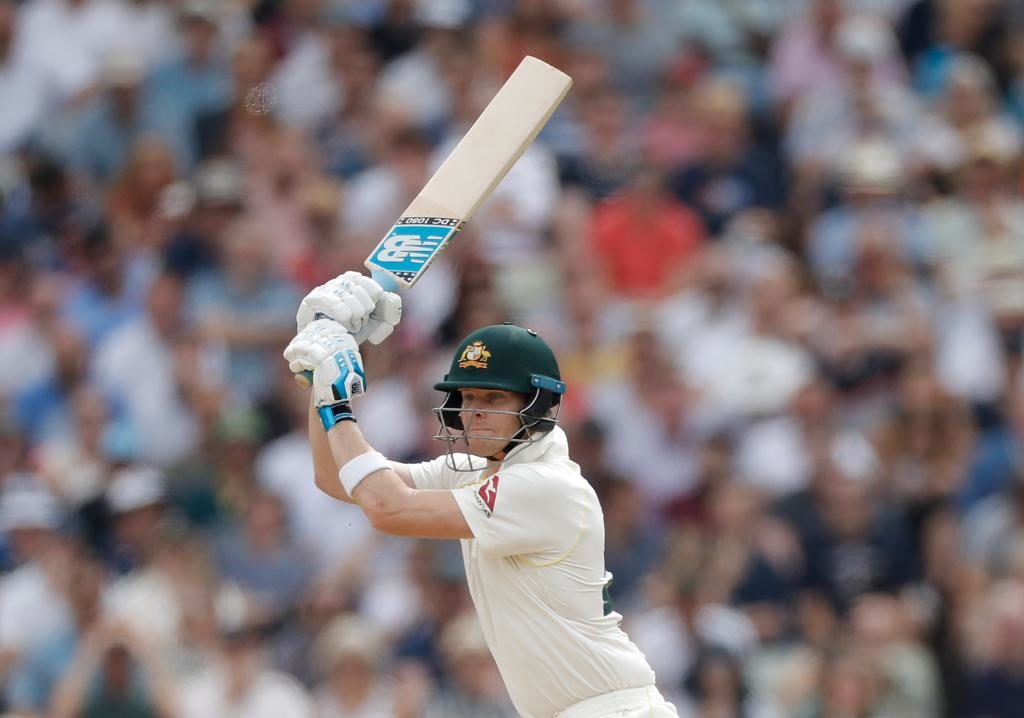 This was the right-handed batsman’s 10th Ashes ton as he equalled the great Steve Waugh. He also became the second fastest to score 10 Ashes centuries in just his 43rd inning. Donald Bradman took 37. The senior cricketer also became the 22nd batsman to make 25 or more Test 100s. This is insane stuff from the magician.

He also became the second fastest to 25 Test tons after Bradman. Since the start of his first century innings at The Oval in 2013, the Aussie sensation is averaging 71.93 in 97 innings.

To maintain this average for so many innings combined, is a sensational achievement. Smith, who led Australia to the 2017-18 Ashes win, also became the 8th batsman to score twin centuries in The Ashes. 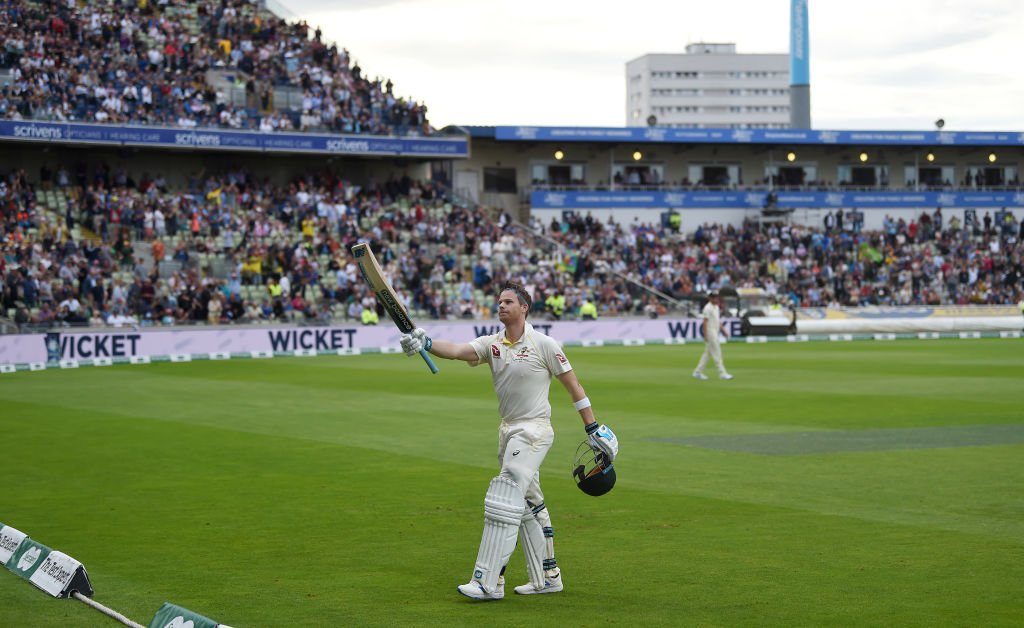 Smith has livened up the Ashes more than anybody else since the last few years. In 2017-18 Ashes, he was simply untouchable with 686 runs that included three centuries with a best of 239. Come 2019, he has already mustered two tons in the first Test itself. With four more to go, you might be wondering what’s to follow next.

The Ashes have a significant history. And post Bradman’s dominance and aura, one can refer to Smith as someone who has followed in the legend’s footsteps. Smith is highly unorthodox. He is fidgety and busy at the crease. Amidst all the shuffling and movements, here’s someone who is so settled and composed in his head.

It’s Smith’s eyes that separates him from the rest. The manner in which he sees the ball and then adjusting accordingly is truly remarkable. He looks so assured at the crease. He knows what’s coming. At times no plans work against him.

After Day 3, former England skipper Michael Vaughan stated to the BBC, “Steve Smith is a freak of nature. If England can remove him, they will go on to win the match. If he bats for another hour, England could be chasing 180-plus. And that’s where I get nervous.” With Australia looking close to post in excess of 350, this Test is almost over for England. 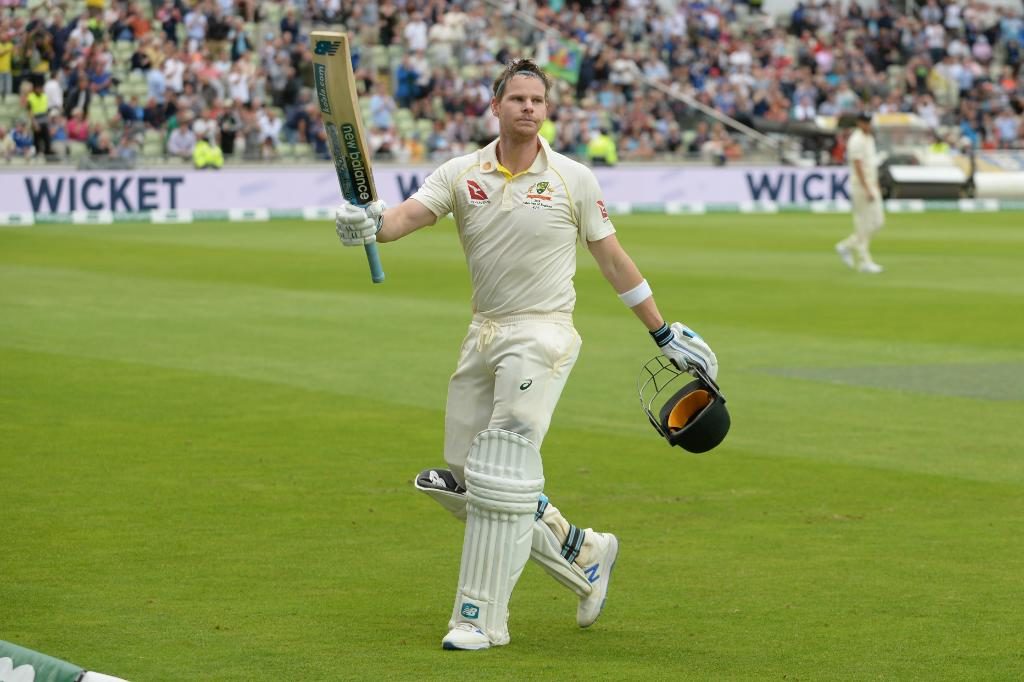 This is a new lease of life for Smith. After the scandal and all things that happened, there was a bit of doubt in how he would react. But after a decent 2019 World Cup, Smith was calmly waiting for the Ashes. This sets him alive. Test matches are his forte. For a person, who averages more than anyone else in Test cricket over the last few years, this could be a second start of sorts.

In Smith, one can trust a process in the making. He could win Aussies the Ashes 2019 with his batting. He could take the side back to the top and define the show in the ICC Test Championship. His form could guide him to produce more substance and solidity.

When it comes to Tests, it could be Smith that might define batting altogether. He could leave the others behind and simply march on. There is a lot of hunger in Smith after all the wait. His teammate James Pattinson said, “Steve Smith is a superstar and superstars peel off runs. He’s been waiting for this moment for a long time.”