Ashes 2019: Warner In A New Low After Becoming Broad’s Bunny 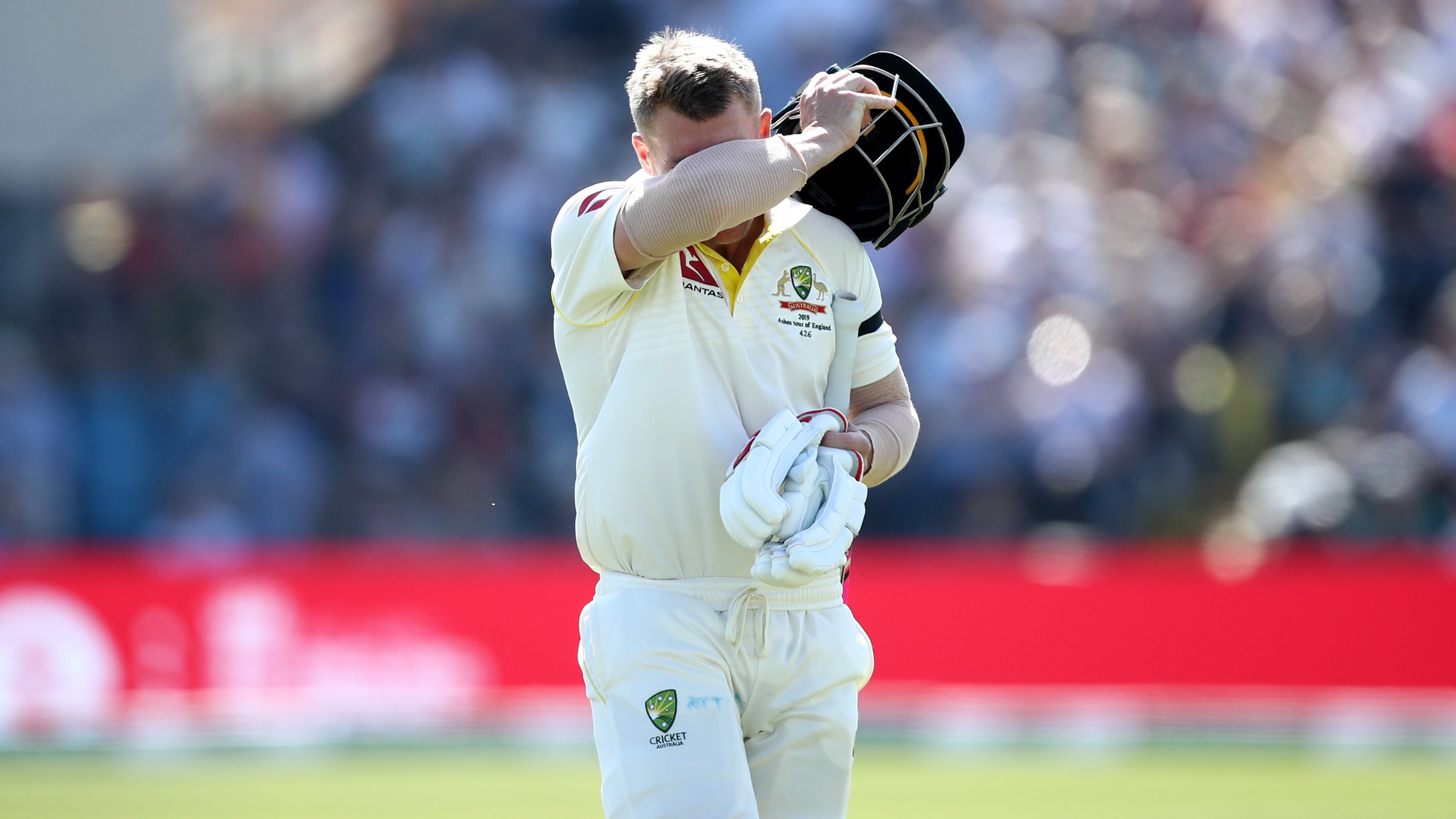 When David Warner returned from his 12-month ban for a ball-tampering scandal, the runs followed him everywhere. The senior Australian batsman won the prestigious Orange Cap in the 12th edition of the Indian Premier League (IPL). He transferred that form in the ICC World Cup 2019. Warner finished the 2019 World Cup with the second-most runs behind Rohit Sharma. Australia bowed out of the semi-finals, but the southpaw truly won everyone’s hearts. Since then a lot of quality was expected from the veteran opener in the Ashes 2019 series.

He was the man in form, he was scoring runs at will and there was absolute consistency in his play. But we often see a great difference between white-ball and red-ball cricket. The transition is somehow difficult given the longevity and the hostility surrounding the Tests.

For Warner, veteran England fast bowler Stuart Broad had different ideas. Broad came into the Ashes in a fresh state – both mentally and physically. The Test great who is England’s second most successful bowler in the format was waiting to unleash his magic on to the southpaw.

Four Tests and eight innings later, Stuart Broad traps David Warner six times already. Interestingly, Warner averages just 5.33 against Broad in the ongoing Ashes 2019. In the fourth Test match at Old Trafford in Manchester, Warner stooped to a new low after managing a pair. Prior to this show, he scored a naught in the second innings of the Headingley Test. So that’s three ducks in a row. Stuart Broad traps David Warner consistently making Warner struggling big times in Ashes 2019 and there is fear looming over his participation in the fifth Test.

David Warner could be dropped for the final Test at the Oval. The good things for the Aussies though are that they have a 2-1 lead and the Ashes have been retained. Here we analyze how Stuart Broad traps David Warner and why Warner’s struggles have taken a center stage.

A forgettable Ashes for Warner 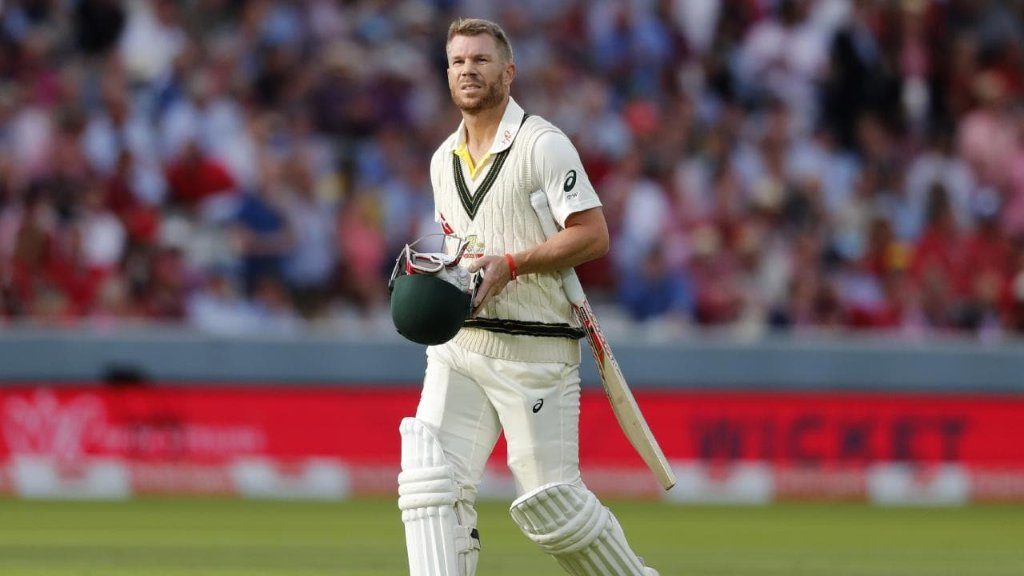 David Warner has had a difficult time and there is a man looking lost out there in the middle while setting out to bat. One can sense something happening when Stuart Broad traps David Warner with a new cherry. Warner’s scores this Ashes series read as 2, 8, 3, 5, 61, 0, 0, 0. That’s 79 runs from eight innings. This has been a new low in Warner’s cricket career.

Australia has never got those starts with Warner and his opening partner faltering. The highest partnership atop for Australia has been 13. The Australian management has prevailed with Warner and rotated Cameron Bancroft (44 runs) and Marcus Harris (46). Both have struggled to keep up to the demands with averages of 11 and 11.50 respectively.

So nothing has gone right in this sense. Moreover, Warner has managed to face just 154 deliveries in the Ashes so far. That’s another number he will want to forget. Last time in the 2017-18 Ashes, Warner was the second-highest run-scorer for the Aussies. This time on Broad has stunned him. Stuart Broad traps David Warner has become a recurring phenomenon in the series.

Contrasts between Warner and Broad in Ashes 2019 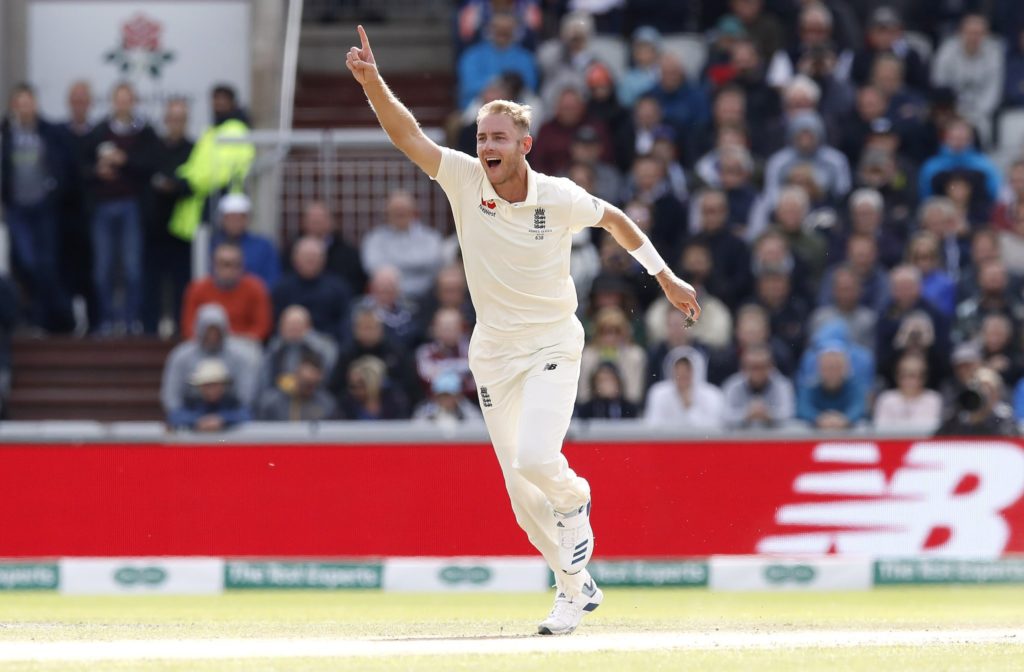 Warner with all the highs ahead of the Ashes has been subjected to misery when the ball has done more in English conditions. Credit to Broad for bowling fuller and tighter against the southpaw. There have been some forgettable shots as well from the batsman and when you look at his dismissals, there is a pattern.

Warner hasn’t been able to negotiate anything that Broad has thrown at him. In the Manchester Test, Warner was trapped LBW by Broad in the second innings, having been dismissed by edging a leave against the veteran seamer in the first innings. Warner has been rooted at the crease and the pale face suggests that he is in big trouble.

On one hand, Warner has struggled to get going. On the other, Broad has been England’s best performer with the ball. With 19 wickets to his name, the right-arm pacer has raced to 468 career Test scalps. The manner in which he has stood up shows his eagerness to be the leader of the bowling quartet.

Warner part of some unwanted feats 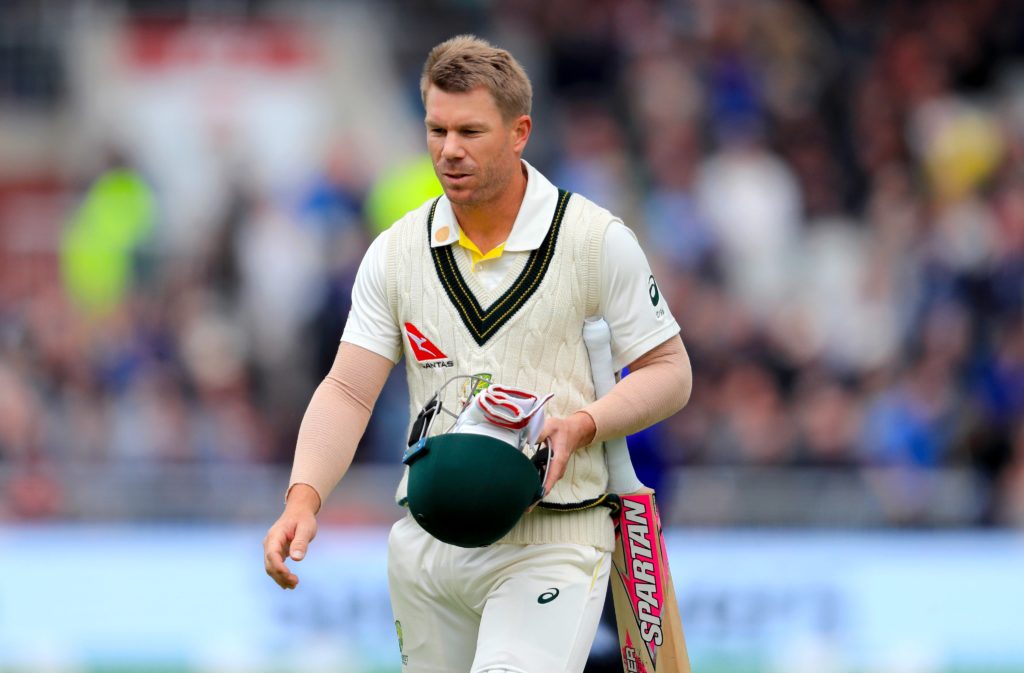 Englishman Broad has now dismissed Warner 11 times in Test cricket. The Australian batsman just tied an unwanted record, becoming one of just three openers to be dismissed six times by the same bowler in one series for less than 10 runs; the others being India’s Vinoo Mankad against Ray Lindwall and England’s Mike Atherton against Australia’s Glenn McGrath.

The celebrated figure with over 6,000 Test runs has also registered the first Ashes pair from an opening batsman since Atherton scored a pair at the MCG in 1998-99. He was the first Australian opener to make a pair since Mark Taylor against Pakistan in 1994, while Graeme Wood was the last to make three consecutive ducks, way back in 1980 against New Zealand.

Warner has been the first batsman out in every Australian innings and that’s a new low in 142 years of cricketing history. 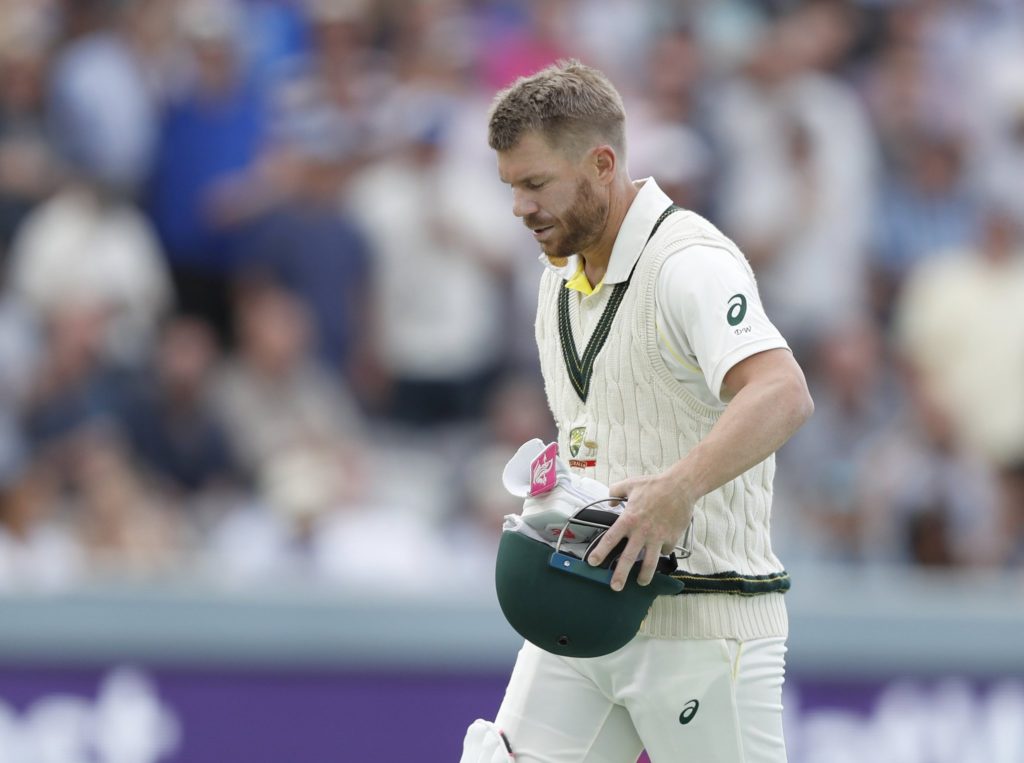 Broad has left Warner reeling and in search of answers. Whether Warner will be dropped for the fifth Test is something unknown at the moment. But he has already turned towards the in-form Steve Smith for a solution. However, things haven’t worked so far. One needs to credit England’s new-ball bowlers for keeping things under control against Australian openers.

Smith said that Warner has been looking to find some answers after admitting to having become Broad’s bunny. “He’s admitted himself Broad’s had the wood on him throughout this series and he’s been talking to myself and Justin (Langer) and (batting coach) Graeme Hick,” said Smith.

“I think about the ways he can play. He’s tried a couple of different ways and they haven’t quite worked.”

Warner needs to negotiate Broad better, who has had him six times from around the wicket. His struggles in Tests on English soil is also an issue. Warner averages just 27.60 in England and has never made a century on an Ashes tour. That sums it all.