Asia Cup 2018: Players To Watch out For In Continental Showpiece 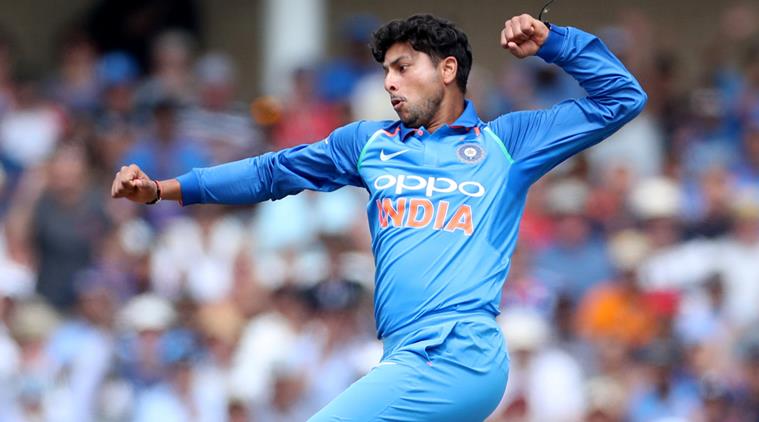 The Asia Cup 2018 kicked off on Saturday in the UAE with Bangladesh locking horns with Sri Lanka. The continental event sees Asia’s top brass fighting it out for ultimate glory. Apart from the Tigers and the Lankans, the likes of India, Pakistan, Afghanistan and Hong Kong are set to fight it out for the crown.

With the ICC 2019 World Cup less than a year away, the six-team affair will provide a solid competition to set many things right and create a perfect platform for the build-up. Sides will be keen to try out various combinations and address certain areas to get a certain balance.

Cricket, like many other team sport, is based on collective performances from players. There are plenty of promising players, who could mark a real difference for their sides. But here we analyse the vitality player of each side that promise to light things up and make a solid difference for their teams.

The player that comes straight to the mind from the Pakistani camp is opening batsman Fakhar Zaman.  The southpaw has been among the runs since his debut in ODI cricket during the Champions Trophy in 2017. Zaman has gone on to become a real asset in the side and has had a dream year.

In 2018 he went on to notch the record of becoming the fastest to 1,000 ODI runs in just 18 innings. The left-handed batsman has stunned one and all with his consistency and also notched up three centuries so far. Two of them came recently against Zimbabwe as he became the first Pakistani to score a double ton in ODIs.

Zaman plays freely atop and his aggressive nature can unsettle any bowler from the opposition camp. He will be key in laying a strong foundation and get those quick runs desired atop.

India’s Kuldeep Yadav has been in the heart of the success the team has enjoyed in recent times. The left-arm wrist spinner has been tremendous in limited-overs and has already picked a flurry of wickets everywhere. With the tracks in UAE assisting spinners, Kuldeep is set to enjoy his presence in the side and bamboozle batsmen.

Many are predicting the bowler to make maximum impact for the team and come home with a bundle of scalps. He had a dream series against South Africa earlier this year. Together with his spin partner Yuzvendra Chahal, he has brought a lot of buzz in the side and has shown that the pair can rattle any team.

Many players in the Asia Cup haven’t faced Kuldeep and his mystery will be deceiving on most occasions. From leg-breaks, googlies, top-spin and flippers, the bowler has many tricks up his sleeves.

Shakib-al-Hasan: The all-round veteran from Bangladesh

Bangladesh will be hoping to see their premier star player, Shakib Al Hasan, take the responsibility in helping the side to earn key victories in the tourney.

Shakib is set to have a surgery on his finger post the tourney, therefore he will need to maintain the focus in not letting the injury to aggravate further. He is one of the best all-rounders in world cricket and his experience in this format is massive for the side. Earlier, the player was supposed to have his finger operated ahead of the Asia Cup, but it didn’t happen and he decided to come out and help the team.

Shakib looked in decent touch in the recently concluded series against the West Indies. He will now have to play a key role with both bat and ball to keep his side in the reckoning for progression to the Super 4s.

Afghanistan has been terrific in ODIs and a lot of credit goes to Rashid Khan for this. The youngster is definitely the best spinner in the world and his tally tells a story of intent. In the heart of all this is his tender age of just 19. Rashid has miles to go and one feels he might go on to break a plethora of records.

In hot and humid conditions one can expect Rashid to charge in and run through any batting order. This year he has done well and in the three-match ODI series against Ireland in August, he picked up eight wickets.

Rashid has already proven himself on the big stage and needs no introduction. Rashid will be excited to bowl against some star-studded names from opposition teams.

Lasith Malinga is back after quite a while and this is an important phase for him given that he wants to part of the ICC World Cup in England in 2019. He may have lost his pace and that has also taken a bit of his impact from the slinging yorkers, but one shouldn’t rule out the player.

The 35-year-old, who last played an ODI in September 2017, has been nursing injuries and fitness concerns over the last couple of years. in between he didn’t look as sharp he used to be. But the player will be raring to have a crack in what seems as his 2nd and final phase in cricket.

He will lead the pace attack and will look to use his experience and mileage to make an impact. Fans will hope he stays fit and delivers the goods for Lanka.

Indian origin youngster Anshuman Rath has played a significant role in the evolution of Hong Kong cricket. The 20-year-old youngster was terrific for his side in the qualifiers. He smashed 204 runs in 5 matches that included a ton as well.

The Hong Kong skipper played a substantial role for his team to cement a spot in the main round of the Asia Cup. Hong Kong is pitted against India and Pakistan in Pool A. Not much is expected from the minnows, but Rath will have the chance to go out and express himself freely without any fear of pressure.

It’s all about expressions and the side will be expected to provide that.