Everything you need to know about ATK Mohun Bagan FC's upcoming ISL 2020-21 campaign. 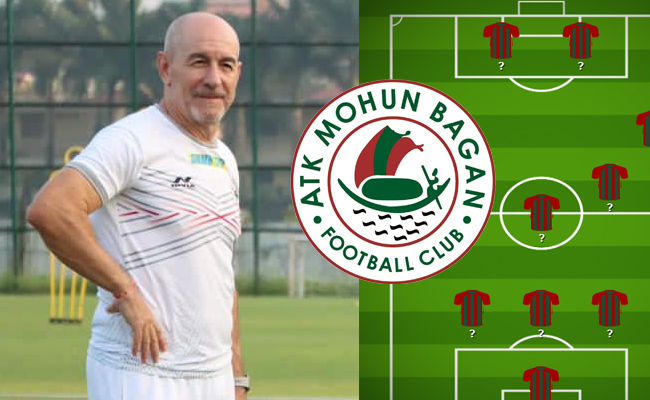 Antonio Habas has a strong side at his disposal.

Retaining the core of 2019-20 champions ATK for the upcoming season, Antonio Lopez Habas’ side will be expected to go all guns blazing again and win another ISL title.

Roy Krishna: Roy Krishna was tied with Golden Boot winner Nerijus Valskis in the 2019-20 season for the most number of goals scored. The Fijian forward netted 15 goals in 21 games, in addition to providing six assists.

Krishna’s incredible goalscoring ratio was one of the prime reasons behind ATK’s 2019-20 title-winning run. He is extremely quick to pounce on loose balls, wriggle past defenders and score. His striking prowess will again be pivotal for ATK Mohun Bagan in the 2020-21 Indian Super League campaign.

He generally acts as a secondary striker or a typical false number nine to create an illusion of a two-striker formation. Williams can also play out wide, thus adding to his versatility.

Sandesh Jhingan will partner Jose Luis Espinosa Arroyo, also known as Tiri in central defence. He will face a unique challenge at ATK Mohun Bagan due to Antonio Habas’ conventional three-man defence. His aerial abilities can be useful in set-piece situations.

ATK Mohun Bagan have retained the core of their squad, and with few additions like Bradden Inman, Sandesh Jhingan and Tiri, the Mariners look stronger than ever for a new season. The 2019-20 champions are expected to do well and finish top of the league table.