Alexandre Lacazette has said that he wants to remain at Arsenal, despite reports linking him with a move to Atletico Madrid. 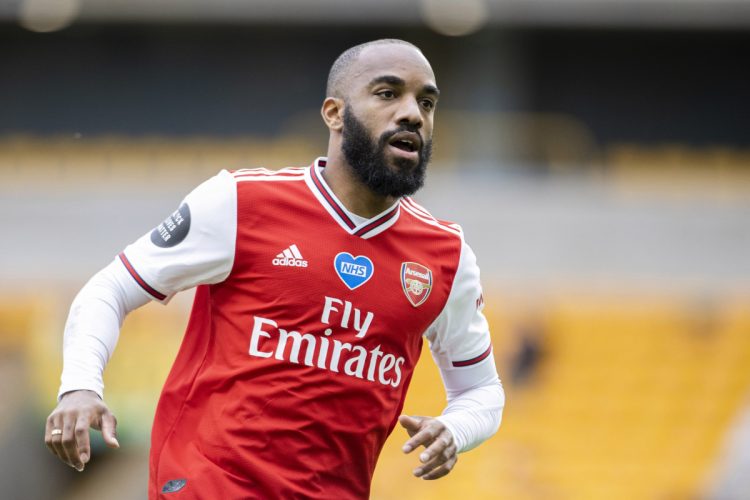 Alexandre Lacazette has insisted that he has no plans of leaving Arsenal, amidst reports linking him with moves to the likes of Juventus and Atletico Madrid.

It has been claimed that the Frenchman had been offered to Atletico as part of a deal to bring midfielder Thomas Partey to the Emirates.

However, Alexandre Lacazette stated that he is determined to stay at Arsenal, having two years left on his present contract with the Gunners. He told L’Equipe,

“I’m at Arsenal. I signed a five-year contract to improve and win titles. I’ve got two years left and I’m determined to stay.”

When asked whether if it’s his final reply, the forward replied:

Alexandre Lacazette admitted that although the reports of him being part of a deal to bring in Atletico Madrid’s Thomas Partey is not pleasing, he is confident about Arsenal boss Mikel Arteta having faith in him.

“If it’s (reports of him being a part of a deal to sign Partey) true, no, it’s not pleasing. But what counts are the choices of the coach and having his confidence. It’s him who picks the team, not the directors in their offices, and I know I’ve got his confidence.”

Arsenal have considerably improved since Mikel Arteta replaced Unai Emery as the head coach. Although the Gunners finished eighth in the Premier League last season, they ended their campaign on a positive note by winning the FA Cup before beating Liverpool in the FA Community Shield.

And Alexandre Lacazette believes that Pep Guardiola’s former assistant at Manchester City has brought some much-needed changes at the Emirates.

“He’s brought some order to the club, to the squad. He’s brought ambition in terms of what he is looking forward to doing and what he has known with what he experienced at Manchester City.”

Arsenal will begin their 2020-21 Premier League campaign with an away fixture against Fulham on Saturday.