AUS vs NZ 2019-20: Key Highlights Of The Three-match Test series

The Australian cricket team ran riot against New Zealand in the three-match Test series against New Zealand. Australia were top notch and gained all 120 points in the ongoing ICC World Test Championship. The Tim Paine-led side won a second successive series at home in the longest format. After a 2-0 win over Pakistan, the Aussies inflicted another clean sweep to win five Test matches in a row. With 240 points under their belt from these two series, Australia won hearts with their domination.
Australia have taken control in the longest format and they are one of the clear favourites in the Test Championship alongside India. The 279-run victory at the SCG saw them continue in the same vein after earning impressive 296 and 245-run victories in the first two Test matches.
A summer that was dictated by Marnus Labuschagne’s heroics was one of the major highlights. Joining him was the pace-bowling unit with the bowlers keeping up with the form shown from the start of 2019. Paine’s captaincy grew in stature and the wicket-keeper batsman garnered a lot of praise from coach Justin Langer. And David Warner showed he still has the fire in that belly.
For New Zealand, it was a hapless show that didn’t have an escape route. Kane Williamson-led Kiwis were marred by injuries and the batting, in particular, was at a new low. Besides Neil Wagner and Colin de Grandhomme, none of the Kiwi players showed any sort of teeth. In this article, we look at the key highlights of the three-match Test series.

Labuschagne has another excellent Test series to be proud of 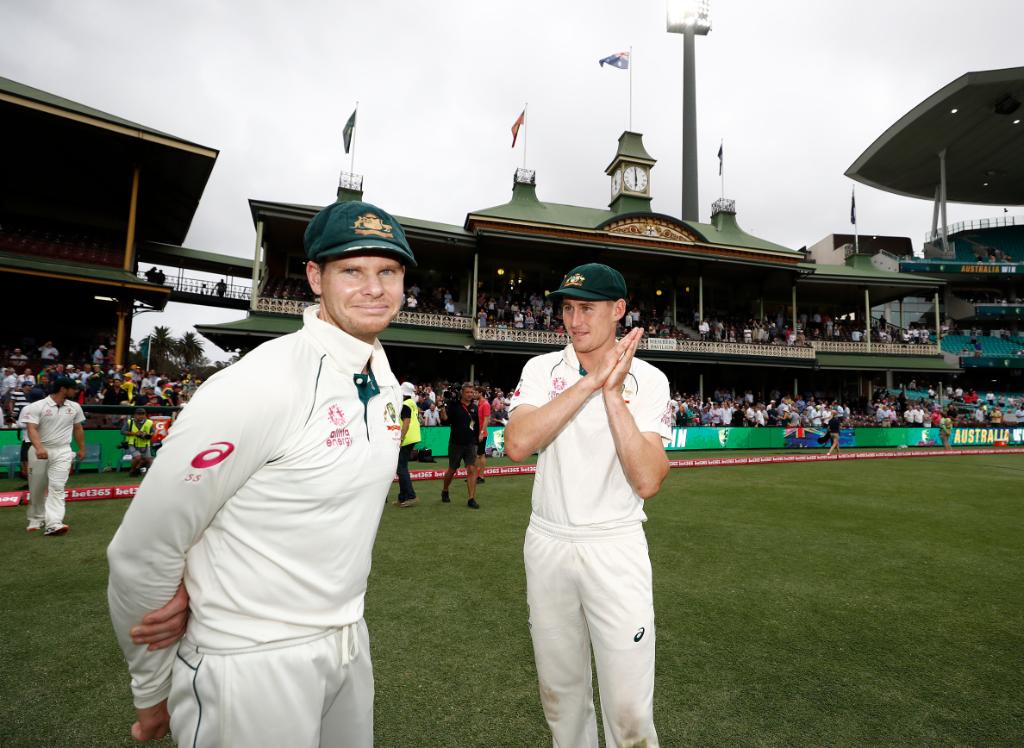 Australia’s number three batsman Marnus Labuschagne ruled 2019 with the most runs in Tests (1,105). He ended the year with three tons and notably, all three came at home in Australia’s summer. To add on that, the promising cricketer showed his solid form in the recently-concluded third Test in 2020.
He scored a valiant 215 and 59 at the SCG to continue in the same manner that saw him dictate the show last year. Labuschagne was the standout factor of the series and scored an emphatic 549 runs at an average of 91.50. He also amassed two hundreds and three fifties to show his authority in the series.

With his exploits on offer, Labuschagne will be proud of his achievements. He excelled in the Ashes 2019 and stood tall against Pakistan as well. And with this series, he added another feather in the cap. In 14 Tests, Labuschagne has already amassed 1,459 runs at an average of 63.43. He has notched four hundreds and eight fifties.

Warner does well, Aussies will have questions on Burns 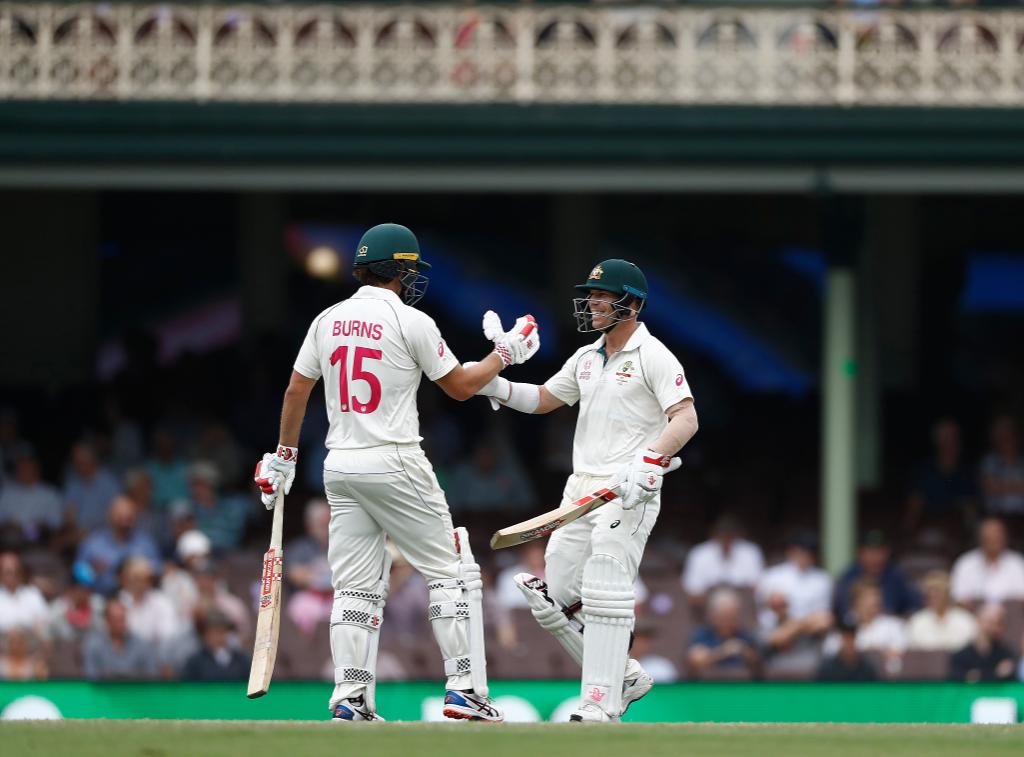 David Warner may have endured a quiet series with a series of starts, however, the southpaw showed his value in the second innings of third Test with an unbeaten century. The left-handed batsman amassed his 24th career Test ton, besides racing to 7,244 runs for Australia in Test cricket.
Warner is still Australia’s main man at the top, however, it is someone partnering him up the order that needs to bring that stability. When Cricket Australia announces the squad for the two-match series against Bangladesh next, the committee could be presented with a few questions regarding Burns.
Has the 30-year-old player done enough to keep his spot? Also, is he the answer to tackle spin in the sub-continent?
Burns had a quiet series with scores of 9, 53, 0, 35, 18 and 40. However, Australia will not be tempted to alter their winning side.

Australia’s bowling unit a revelation in this series 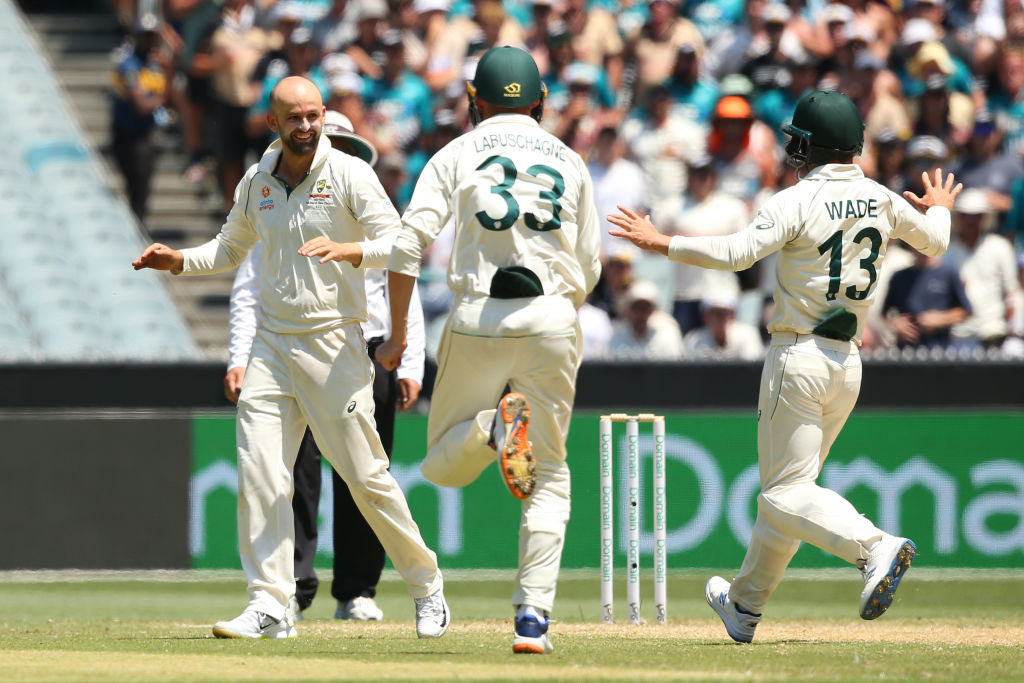 Australia’s bowling unit has that swagger to hurt sides and that was witnessed for the fourth successive Test series in a row. They were top notch against Sri Lanka at the start of 2019 at home. And the performances were superb against Pakistan and New Zealand as well. Prior to that, they did well in the Ashes 2019 to help the side retain the urn.
Pat Cummins contributed once again in this Test series and helped the side with 12 scalps. He got crucial wickets in pivotal times and got the ball to talk swinging in. The dismissal of Ross Taylor in Sydney was the delivery of the series. Mitchell Starc is bowling with a sense of aura about himself and with 15 scalps, he stole the show. His varieties stood out and that’s a bonus.
In James Pattinson, Australia found the real base. He has got pace and gives a side so much energy. Nathan Lyon’s 10 wickets in Sydney was top notch. A leading spinner, he brings the desired experience on the table. With a bowling unit of this calibre, Australia are a handful.

New Zealand show no teeth, Paine shines as a leader 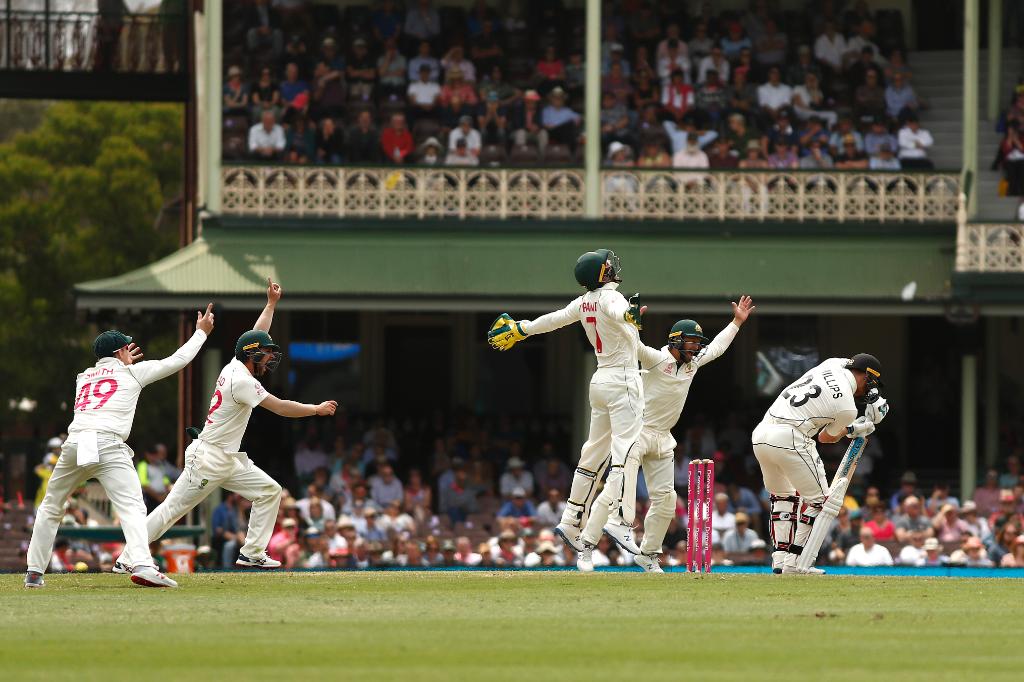 This was a horrible show from the Kiwis, who will want to forget about the Test series as quickly as possible. There was no sort of application whatever. The proceedings with the bat was something that will hurt the side. Ahead of the Test series against India next month, Kiwis will be worried.
They were bowled out of 166 and 171 in the first Test and then managed 148 and 240 at MCG. And then at the SCG, the Kiwis managed 256 and 136. This was a series of low scores and there was no coming out of the same. With just two scores of 200-plus, Australia were all over the visitors.
A lot of credit also goes to Tim Paine for an assured captaincy. He was solid in his approach and contributed well both as a batsman and keeper as well. His vision inspired the Aussies and that will be important as the World Test Championship goes on.
“I could talk about every one of our players but I think Painey’s leadership, strategically and tactically excellent. The way he took to the Test Championship, the way he wicket-kept, a few of his innings, I thought Painey was brilliant this summer,” said Australian head coach Langer.