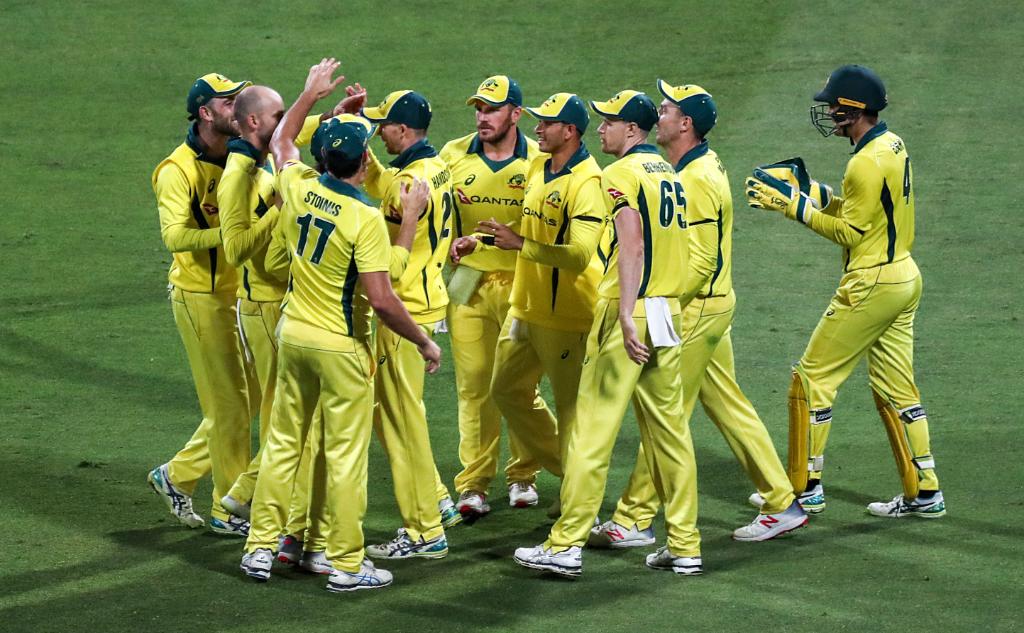 The Australian cricket team has turned things around in a space of a month in ODI cricket. Momentum is key in any format of the game and right now things are working well for the Aussies. It is pretty remarkable in the manner in which Australia have gone about to go and change work things in their favour. Not many would have thought this with the way they played ODI cricket in the last two years. Those things seem like a bygone era now and this is a new phase.

Usman Khawaja has been a big gain and the southpaw’s strong form has given Aussies the base to work upon. And things look more promising in the middle order as well. More importantly, ahead of the 2019 World Cup, Australia will look to strengthen factor with numerous factors working well for them. It’s like a puzzle that is being solved at the moment. And Australia could go on to actually make it big in the ICC World Cup 2019.

Here we analyse their important rise in ODIs and why they are in the mix as the favourites.

Not long ago there were talks about Finch having sleepless nights regarding his awful form. Finch had himself stated that he would like to bat anywhere if needed. Things have taken a turn in the United Ara Emirates. Finch has led from the front and has amassed 398 runs from four matches already. More importantly, it also includes two match-winning tons. Finch has got scores of 116, 153*, 90 and 39.

Another important aspect is that Finch has led the side well. He was smart on the field against India and made the right calls. And the work against Pakistan has been coming as well. Having said that, Pakistan’s standards, though, in this series has been poor. They have lacked the intensity and fight to stand tall. The second string Pakistan outfit has also helped Aussies to get stronger with every passing game.

The team is performing as a whole

If you look at Australia’s biggest strength at the moment, it has been a side that is performing as a whole. The middle order in particular has been the biggest gain for the Aussies. Be it against India and now versus Pakistan, the Men in Yellow, have found the rhythm that deserted them since a while.

On Friday, they were in a spot of bother before Glenn Maxwell and Alex Carey came together and powered the side with a century-plus stand. Peter Handscomb has shown sheer calmness in this period of resurgence for Australia. Alex Carey is quite a steal in the lower middle order. Maxwell in particular has taken his game to the level we all desired. He has started to show his responsibility as a senior player. Maxwell’s resurgence and the ability to be a team player gives the side immense positivity.

Spinner Adam Zampa has been a revelation with the ball and his wicket-taking ability in the middle overs could be crucial for Australia in the World Cup. He has been consistent and got crucial wickets throughout. Fast bowler Pat Cummins looks well set and Nathan Coulter-Nile has given himself a shot for a berth in the World Cup squad. His form augurs well for the defending champions.

Australia struggled big time in ODIs since the last two years and had a forgettable 2018. But at a crucial phase, they have found the mojo back.

The impending return of David Warner and Steve Smith will only boost them further. It’s a promising sign this. Also 2015 World Cup hero Mitchell Starc is also in line for a return. Jhye Richardson’s World Cup hopes have also been boosted after he dislocated a shoulder recently. Josh Hazlewood is also eyeing a place and is recovering well.

Suddenly Australia find themselves with a selection headache to deal with. But this is something coach Justin Langer would have taken any day. Warner has been on song in the IPL and has already mustered 154 runs in two matches for Sunrisers Hyderabad. He will look to continue in the same fashion. Steve Smith is also looking positive and it’s a fresh start for the two players after serving their a 12-month ban period.

Both these players were the top run-scorers for Australia in the 2015 edition of the World Cup. Starc, who was the highest wicket-taker, will add more depth and quality. So Australia are getting back the most important players in the ranks and that spells trouble for other teams. The defending champions could give India and England a run for their money in the World Cup. It’s a pleasing sight for fans.