Australia One Wicket Away From Win Despite Aiden Markram Ton 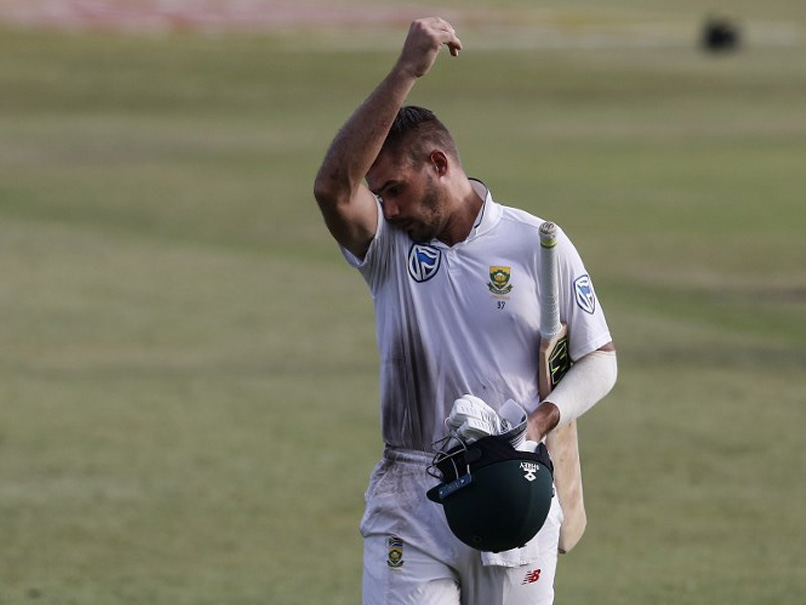 Australia have closed in on victory in the first Test against South Africa at the Kingsmead in Durban on Sunday. The visitors are just one wicket away from sealing victory and taking a 1-0 lead in the four-match Test series.

Opening batsman Aiden Markram led a stirring South African fightback with a well made 143, but South Africa are hanging on at 293 for nine, still 124 runs short of a target of 417, when bad light stopped play. The issue of bad light has been a regular occurrence curtailing the match on each of the four days.

Mitchell Starc once again was the chief tormentor for the Aussies with figures of 4/74 and is a genuine contender for man-of-the-match award after picking a five-fer in the first innings. Quinton de Kock (81*) and Morne Morkel (0*) are at the crease as a classic Test match Day Four ended in Durban.

South Africa started the 417-run chase in desperate trouble after being reduced to 49 for four. Markram shared two vital partnerships 87 with Theunis de Bruyn (36) and a century stand of 147 with De Kock which gave South Africa hope that they could pull off a miracle victory.

But the century maker’s dismissal, though, opened the door for Australia to rip through the tail. Starc, being in the scintillating form he is in, took three wickets in five balls to have the hosts nine down.

The four most senior batsmen of the Proteas were dismissed without reaching double figures. And that was the highlight of them in this Test match after a poor run of batting in the first innings as well. Dean Elgar was the first to go after Starc had him poke a ball to keeper Tim Paine. The famed trio of Hashim Amla, AB de Villiers and Faf du Plessis then departed back to the pavilion quickly.

Markram meanwhile, remained calm amid the carnage. He shaped the SA recovery with a determined partnership for the fifth wicket with De Bruyn, who made a stylish 36 before he was caught behind off Josh Hazlewood. It was the only wicket to fall between lunch and tea. And then De Kock joined the opener as the duo played superbly negotiating the Aussie bowlers at ease.

The Proteas keeper was short of confidence leading into this Test and the unbeaten 81 helped him fight back. He started in an emphatic manner from the start and took the fight to the Australians. But the man of the moment for the Proteas was Markram. The player hit his third Test century and his first against a major bowling attack. The right-hander showed good composure, a sound technique and some elegant off side drives in a 218-ball innings which included 19 boundaries.

He was finally dismissed by Mitchell Marsh in the final session.

His innings will give some much needed steel required for the other batsmen in the side as they will look to draw feather out from him and De Kock in order to do well in the remaining Test matches.

Earlier in the day, Aussies added 19 valuable runs for the last wicket. Resuming at 209/9, Pat Cummins (26) and Josh Hazlewood (9*) saw the side finish at 227/10. Keshav Maharaj finished with 4/102 to take his match summary to nine wickets.

Moment of the day

The big moment of the day that helped the Aussies massively was the run-out dismissal of AB de Villiers. Markram turned a ball from off-spinner Nathan Lyon behind square leg and did not respond when de Villiers called him through for a run. De Villiers had to turn and tried to go back but could not beat David Warner’s throw to Lyon.