With Lionel Messi looking likely to leave Barcelona, here's a look at the five most expensive departures from the Catalan giants. 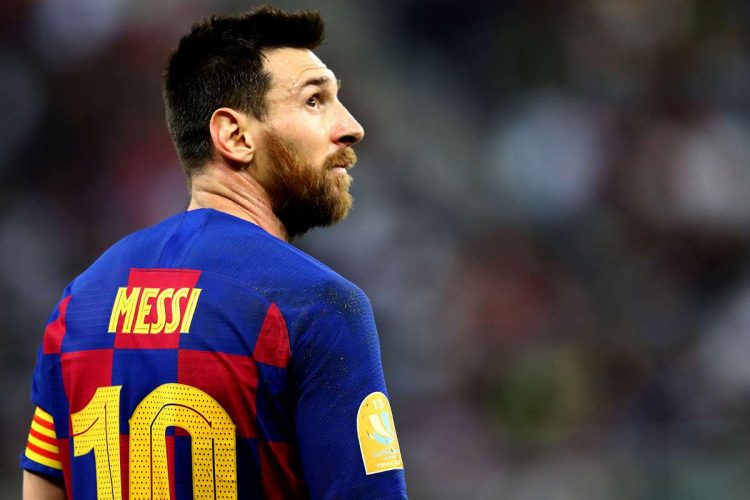 Since Barcelona’s 8-2 defeat at the hands of Bayern Munich in the Champions League quarter-finals, the club haven’t had time to catch a breather.

From sacking their coach to juggling financials, the Blaugrana couldn’t afford yet another catastrophe. However, if reports are to be believed, the club’s greatest challenge is yet to come.

Barcelona skipper, Lionel Messi, has made it abundantly clear that he doesn’t see himself at his boyhood club anymore and would force his way out if needed. The Catalan outfit, on the other hand, have been pushing Messi to stay, reminding him of his massive €700m release clause.

We’re still far from getting to the end of the matter, of course. However, if it truly is the end of Messi at Barcelona, we could see him bid adieu with another unmatchable record — the record of being Barcelona’s most expensive departure.

When we talk about the most illustrious Brazilian central midfielders, no one would even think of including Paulinho in the conversation. Yet, for reasons unknown, the player managed to play for some pretty respectable clubs and bagged staggering transfer amounts.

He first came into the limelight in 2013, when Premier League outfit, Tottenham Hotspur paid €19.73m to sign the player from Corinthians. Two moderately respectable seasons later, he was sold to Chinese outfit GZ Evergrande.

Barcelona, who were short of central midfielders in 2017, paid €40m to sign him from the Chinese club. However, a disappointing season later, he was loaned back to Evergrande and then permanently sold a season later.

While Paulinho was more of a disastrous purchase, Alexis Sanchez was one of those ever-exciting talents one couldn’t get enough of. His eccentric pace, powerful finishes, and tireless legs gave Barcelona an edge in almost all competitions.

The Chilean was first spotted on the wings of Udinese Calcio in Italy, tearing defences apart at will. Barcelona, understanding the young forward’s potential, lapped him up for €26m in 2011. He wasn’t always the first name on the team sheet, but he very rarely disappointed when called upon.

Between 2011 and 2014, Sanchez pitched in with 47 goals and 36 assists in 141 Barcelona appearances across all competitions. The player left the club in 2014 when Premier League giants, Arsenal, came knocking.

Alexis Sanchez and Paulinho had different levels of impact, sure, but neither caused any controversy when they finally decided to move away. The third entrant on this list, however, marked one of the most controversial moves in the history of the club.

In 2000, Luis Figo was FC Barcelona’s proud and prolific leader. He was one of the best players in the world at the time, and Barcelona were ecstatic to have such a brilliant footballer at their disposal.

Unfortunately for the club, a candidate for Real Madrid’s presidential elections, Florentino Perez, came up with a proposition. Perez stated that the player would have to move to Real Madrid if he won the elections. If he didn’t, Figo would get a handsome amount and would continue to serve Barcelona.

Perez, of course, won the elections by a landslide, and Figo was presented as Real Madrid’s biggest ‘Galactico.’ The move made Figo one of the most hated players in the world, which added another dimension to the Clasico clashes.

Arthur was starting to make a name for himself at the Camp Nou and was being hailed at Xavi’s worthy successor, tipped to dominate the middle of the pitch for years to come.

The Brazil international, too, looked right at home and was set to honour his contract. Signed for €31m from Gremio in the summer of 2018, Arthur brought the typical Brazilian class to the Barcelona midfield.

However, off-field issues, coupled with Barcelona’s tumultuous financial state saw him move to Juventus in 2020.

Barcelona got Miralem Pjanic in return, of course, but the 30-year-old Bosnia international doesn’t seem to be a long-term solution for the club.

After Luis Figo, Neymar’s move is arguably one of the most controversial ones in Barcelona’s history. The Brazilian was primed to take the baton from his mentor, Lionel Messi, and looked the best candidate to keep the magic alive at the Camp Nou.

He could dribble and beat any player in the world, could score goals for fun, and had a telepathic connection with Messi and Luis Suarez. Like Arthur, Neymar, too, was destined to grow old at Barcelona. Sadly, Ligue 1 giants, Paris Saint-Germain, had other ideas.

The Parisians triggered Neymar’s audacious €222m release clause in the summer of 2017, making him the most expensive transfer in history. Barcelona bought the likes of Philippe Coutinho and Ousmane Dembele with the fee, but the duo hasn’t had the impact the La Liga giants had hoped.