A look at what to expect from Barcelona in the 2020/21 La Liga campaign. 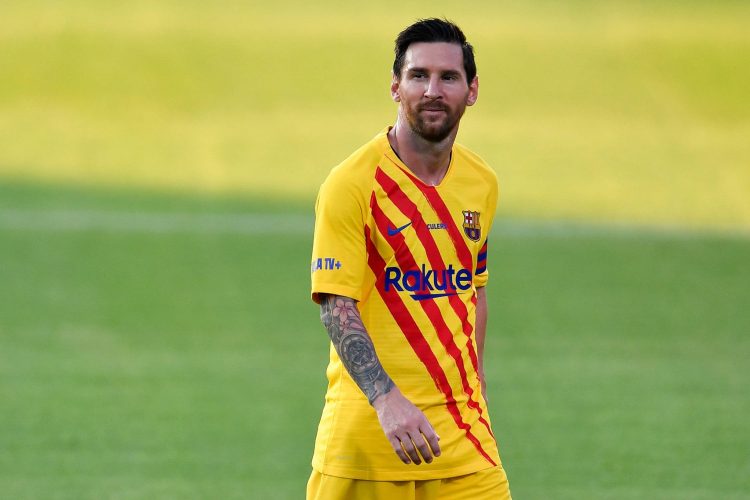 Distraught by the COVID-19 pandemic, Barcelona fans hoped for some respite when the season resumed in June. Sadly, the Blaugrana couldn’t help but surrender their two-point advantage to Real Madrid, dropping nine points till the final kick of the ball.

Finishing five points behind Real Madrid wasn’t the end of their misfortunes, of course. They also had to live through a shambolic 8-2 defeat to eventual champions, Bayern Munich, in the Champions League quarter-final.

The 2019-20 campaign was one to forget. However, with a new season looming, Barcelona, once again, have the opportunity to wipe the slate clean and start afresh.

Thanks to their dismal financial state, Barcelona don’t really have the financial muscle to pull off big deals in the summer transfer window.

Still, they have got their hands on four talented footballers — Miralem Pjanic, Trincao, Matheus Fernandes, and Pedri — each of them bringing something or the other to the table.

As for rumours, Barcelona are heavily linked with Dutch international Memphis Depay, but the deal is yet to be made official. Reports suggest that the Blaugrana will need to sell more players before proceeding with the transfer.

Miralem Pjanic: The 30-year-old has landed in Barcelona as part of the swap deal with Serie A champions, Juventus. The deal saw central midfielder, Arthur, move to Turin in exchange of Pjanic and €12m.

Pjanic’s experience and versatility would come in handy at Barcelona, who are desperate for some stability in the middle of the park.

Trincao: 20-year-old Francisco Trincao isn’t a big name by any means, but the young Portuguese forward certainly has the potential to make a dent in his debut season at Camp Nou.

Barcelona shelled out €31m to sign the player from SC Braga.

Matheus Fernandes: Signed for Palmeiras for €7m, the defensive midfielder is set to play second fiddle to Sergio Busquets.

The Red and Blues don’t have the most decked bench in football, and having a player like Fernandes won’t certainly hurt their cause.

Pedri: After showing flashes of brilliance in the Spanish second division with Las Palmas, the youngster, Pedri, has the opportunity to do something worthwhile at Barcelona.

He, too, isn’t a high-profile transfer by any means, but the 17-year-old certainly has the panache to impress the club of his dreams.

Luis Suarez and Arturo Vidal are reportedly on Juventus and Inter Milan’s transfer lists, but nothing has materialised for the time being.

Arthur: The Brazilian central midfielder has moved to Juventus, fetching Barcelona Pjanic and an additional €12m.

Ivan Rakitic: After winning all there is to win with Barcelona, Rakitic has rejoined his old team, Sevilla. The reported fee is around €1.5m.

Carles Perez: The Spain Under-21 star has joined Serie A club, Roma FC. The right-winger was reportedly sold for about €11m.

Marc Cucurella: The natural left midfielder, Marc Cucurella, could’ve brought a new dimension to Barcelona’s midfield with his acceleration. Sadly, he was sold to Getafe for only €10m.

Sadly, last season, we weren’t subjected to any of the aforementioned qualities. With a Ronald Koeman at the helm, the Catalan giants would hope to exert more of their strengths and come out on top when the chips are down.

With Lionel Messi firing on all cylinders, Barcelona don’t seem to have any weaknesses as such. However, when the shooting stops, the flaws usually jump out in a rather sickening manner.

The Blaugrana have a very inconsistent defence, which usually cracks very easily under pressure. Their midfield is also far from settled and needs further refinement.

The frontline, too, is highly volatile and undependable. With Suarez on the verge of leaving, Antoine Griezmann must step up to the plate and justify his ludicrous price tag.

This is an obvious choice, of course, but there is no one more crucial to Barcelona than their reluctant captain, Lionel Messi.

Only days before, the Argentine was determined to leave the Catalonia capital, stating that he didn’t have a project to believe in anymore.

Due to legal obligations, Messi has decided to stay put for at least one more season, and he must do all he can to make it count.

After enduring a trophyless year, Barcelona need their captain to lead from the front. The Blaugrana require him to put his doubts aside and carry Barcelona home.

Barcelona are desperate for some inspiration, and who better to provide it than the six-time Ballon d’Or winner.