Everything you need to know about Bengaluru FC's upcoming ISL 2020-21 campaign. 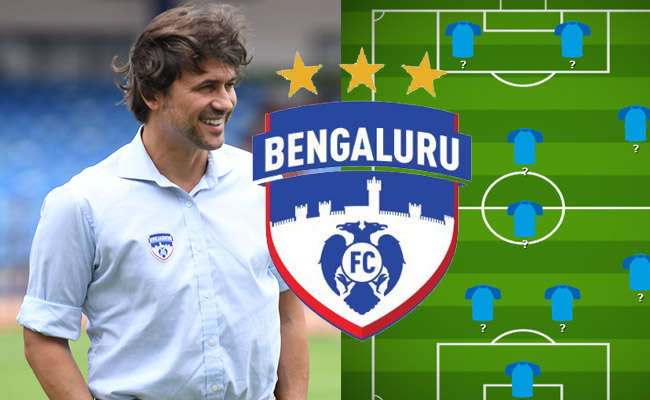 Will Bengaluru FC make it to the ISL playoffs this season?

Indian Super League (ISL) side Bengaluru FC fell short of quality and squad depth despite an exceptional run in the previous season. The Blues will be hopeful of going two steps forward and win the title in the upcoming season.

Carles Cuadrat’s Bengaluru FC have made some key signings like Ajith Kumar, Cleiton Silva, Kristian Opseth and Fran Gonzalez to add the much-needed attacking flexibility which they lacked in the previous season.

Erik Paartalu: The Australian central-defensive midfielder has been one of the most important names in the Bengaluru FC roster in the last few years. Erik Paartalu’s excellent ball control, blocking and build-up abilities behind the midfield and ahead of the defence has made him an automatic choice in the midfield for Carles Cuadrat’s side.

Paartalu, who is arguably one of the best defensive midfielders in the ISL, assisted five goals and scored twice in 2019-20 season, despite his defensive approach. He will again be key for Bengaluru FC’s title aspirations in the upcoming ISL season.

Cleiton Silva: Bengaluru FC’s biggest signing of the season, Cleiton Silva, will be shouldering the responsibility to act as the creative and attacking midfielder for the Blues.

Silva primarily plays as a forward but with the presence of Kristian Opseth up front, he may as well fall back to more of a creative role. The 33-year-old Brazilian possesses the experience of playing for clubs in Thailand, China and Mexico.

Sunil Chhetri: The Indian national team captain will once again hold the deciding factor for Bengaluru FC. Sunil Chhetri will lead the Bengaluru FC side and play in his favourite position, centre-forward.

Chhetri is the highest Indian goalscorer in the ISL by a large margin and is getting better every season. He is expected to partner Kristian Opseth or Cleiton Silva upfront.

Chhetri’s combination play with Udanta Singh has been pivotal to Bengaluru FC and India in the previous few years, and the duo will be hopeful of repeating the same this season. With 39 goals and seven assists in 74 Indian Super League games, Chhetri will be pivotal to Bengaluru FC’s chances in the upcoming ISL season.

Carles Cuadrat prefers a conventional 4-2-3-1 formation with a single striker setup with major emphasis on wings. However, with new arrivals such as Fran Gonzalez, Cleiton Silva and Kristian Opseth, the Blues are expected to have a change in approach and get into the games with better central positions.

Bengaluru FC fixtures (Till Round 10)

Bengaluru FC have added some necessary firepower to their arsenal but other teams in the league have had become better by a large margin. The Blues will be up there in the mix for securing a top-four spot but may fall just short in their quest.