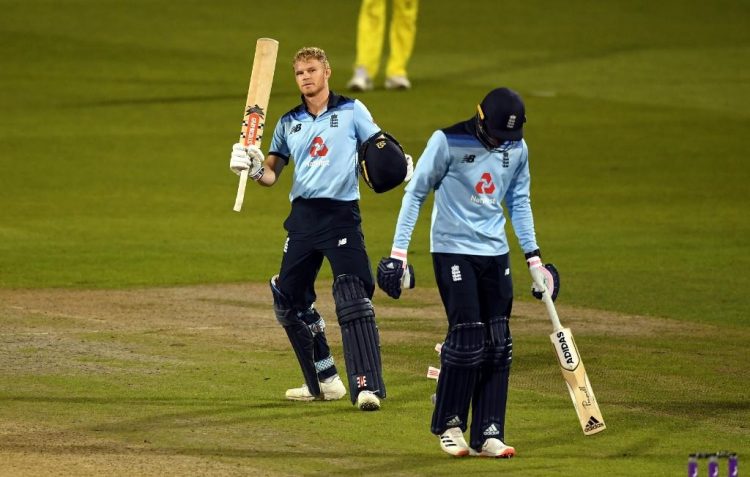 Going into the ODI series, Australia were faced with an onerous task of putting the loss in the T20I series behind them and giving themselves the best chance of opening the three-match rubber with a win. With not enough rest and recovery period between the two series, the Baggy Greens had to banish all negative thoughts from T20I defeat and hit the straps from the series opener itself.

What they had going for them was a measure of confidence and momentum they were carrying from the win in the inconsequential third T20I.

As this writer had rightly anticipated in the preview piece, Australia went in with tall New South Wales quick Josh Hazlewood as the third seamer alongside Patrick Cummins and Mitchell Starc. Test match regular Marnus Labuschagne came in place of Steve Smith, who was struck on the head batting in the nets. The Aussies also picked all-rounder Mitch Marsh over an extra spinner in Nathan Lyon.

England saw the return of regular ODI opener Jason Roy along with Test skipper Joe Root and all-rounder Chris Woakes. With Roy back, Tom Banton, who opened in the T20Is, was consigned to the bench.

England captain Eoin Morgan won the toss and put Australia in. It seemed the right call as Australia, initially, found the going tough under overcast skies. Archer, who opened proceedings for England along with Woakes, bowled a fiery opening burst and got one to sneak through Warner’s defence and strike timber. It was an absolute peach as Warner was beaten for pace.

Victorian all-rounder Marcus Stoinis strode out to the crease at the fall of Warner for 6 and, along with skipper Aaron Finch, looked to lend some impetus to the Aussie scorecard.

However, just when it seemed that the skipper had a measure of the bowling, he fell for 16, nicking a Mark Wood delivery to Joss Buttler behind the stumps.

Labuschagne came in at No.4 and put on a 37-run stand with Stoinis before the latter became Wood’s second victim. In trying to play an uppish drive of a back-of-a-length delivery, the all-rounder edged it to a diving Buttler. His innings of 43 was laced with 6 six sweetly-stroked boundaries and will have the think-tank enough confidence to persist with him at the crucial No.3 slot in the remaining matches.

The Aussie innings looked to be wobbling when Labuschagne and keeper Alex Carey departed in quick succession. With the score at 103, the right-hander fell leg before to leg-spinner Adil Rashid. With the addition of a mere 20 runs, Carey, in trying to send Rashid over the ropes, holed out to Sam Billings on the square leg fence.

With the Aussies in a spot of bother at123/5, Glenn Maxwell and Marsh came together and the pair resurrected the innings with a rollicking stand of 126. Maxwell was at his impetuous best, striking 4 fours and an equal number of massive sixes on way to a scintillating 77 off 59 balls. He eventually fell dragging an Archer delivery onto his stumps. When Marsh left, adjudged lbw for 73, the scorecard looked a lot better at 273/8. Starc played a cameo and ended the innings with a six. He finished unbeaten on 19 off 12 balls.

With 295 to chase, England lost two top batters in the form of Roy and Root in the opening overs. Operating on a tight line and length, Hazlewood picked up both the wickets. Having held on to a smart return catch to send back Roy for 3, the tall quick got one to take an edge off Root’s willow and land in the keeper’s gloves.

Root’s dismissal for 1 brought skipper Morgan to the middle and he went about repairing the England innings in the company of opener Jonny Bairstow. Just when the pair seemed to be putting England back on the rails, the skipper fell to a stunning reflex catch by Maxwell off leggie Adam Zampa. The southpaw rocked back as Zampa dropped one short and tried to slam him to the mid-wicket fence. However, he only hit it as far as Maxwell at short mid-wicket who made no mistake.

With Morgan back in the shed for 23 and England at a precarious 55/3, keeper Joss Buttler joined glovemate Bairstow. However, the former, who was the batting star for England in the T20Is, didn’t trouble the scorers much as he fell to another brilliant catch in the outfield off Zampa. A mistimed hit off a floater seemed to be dying on Labuschagne as he ran in from long-off. But he managed to put his fingers under it inches above the ground.

Buttler’s exit for 1 brought Billings to the middle and the right-hander, with Bairstow, raised visions of an England win with a stand of 113. The Yorkshireman struck a fine 84 off 107 balls before he skied one off Zampa to the mid-wicket fence. Hazelwood ran in and took a smart catch low down.

Carrying the English hopes, Billings slammed his maiden ODI ton but couldn’t take the Three Lions over the line. His exit for 118 off 110 balls effectively put the final nail in the England coffin. He struck 14 boundaries and 2 sixes before holing out to Warner off Marsh. His was the ninth wicket to fall off the last ball, with England finishing 19 short of the target.

Hazlewood was easily the pick of the Aussie bowlers with 3/26 off 10 overs and was promptly adjudged the ‘Player of the Match’.

It remains to be seen if England can draw level in the next match to take the series to a decider.