We take a look at what the Bundesliga has to offer on matchday 27. 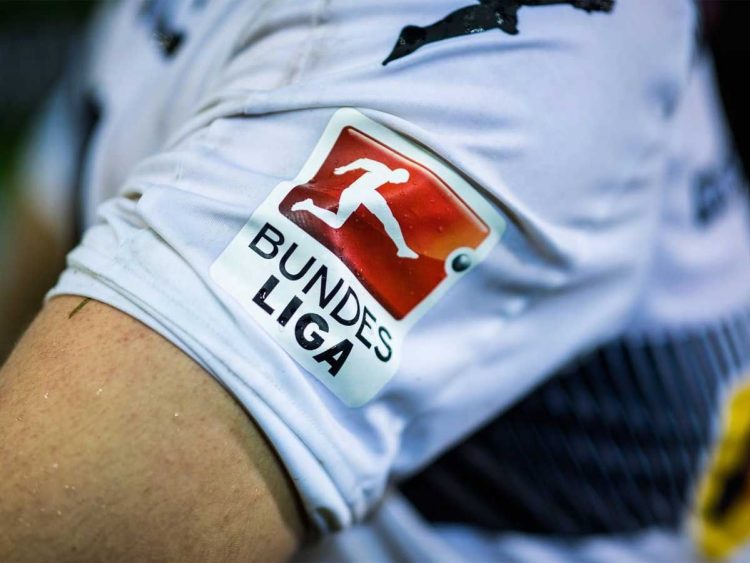 The matchday 27 of the Bundesliga will offer some interesting clashes. (Image Credits: Twitter/Bundesliga)

After the entire football world devoured last weekend’s Bundesliga fixtures to profitable returns, Germany’s top flight is set to host another set of matches- starting from Friday- as they strive towards finishing the current season within the outlined period.

Bayern Munich are currently at the top of the league standings, with Borussia Dortmund, Borussia Monchengladbach, RB Leipzig and Bayer Leverkusen following close behind in a crowded title race. Meanwhile, Paderborn and Werder Bremen are languishing in relegation territory after failing to secure favourable results from their respective ties last weekend, with Dusseldorf, Mainz, Augsburg and Eintracht Frankfurt all within ten points from the drop zone.

As we prepare ourselves for another round of football, let us now take a look at what the Bundesliga has in store for us this weekend:

The Berlin derby will kick off the Bundesliga fixtures this weekend as Hertha Berlin play host to Union Berlin at the Olympiastadion on Friday night.

The visitors, who are enjoying their first season in the German top flight, are currently 12th on the standings after they suffered a 2-0 defeat to league leaders Bayern Munich last weekend. They earned the bragging rights in the reverse fixture against their Berlin neighbours in November last year and will be looking to repeat the feat at their local rivals’ home stadium this week.

Meanwhile, the hosts, who sit at 11th place on the league table, will be aiming to avoid back-to-back losses in the fixture as they look to exact revenge on their city adversaries. They will certainly have enough confidence heading into the game after they established a thumping 3-0 win over Hoffenheim last weekend.

Borussia Monchengladbach are set to welcome a confident Bayer Leverkusen side to Borussia Park on Saturday afternoon in what is considered the marquee fixture of the weekend.

The hosts leapfrogged RB Leipzig to third place after securing 3-1 win at Eintracht Frankfurt on Saturday and sit just two points away from second-placed Borussia Dortmund. Marco Rose’s men will be looking to orchestrate a similar hop over BVB but will face a challenging test against the visiting opponents, who are unbeaten in their last six games.

Leverkusen currently sit a single point outside the top four- in fifth place- after establishing a 4-1 victory over Werder Bremen on Monday and will hope to strengthen their challenge for a Champions League spot with a win this weekend.

SC Paderborn will go head to head with Hoffenheim at the Benteler Arena on Saturday afternoon in a fixture that is particularly important for the hosts, who currently sit at the bottom of the Bundesliga standings.

The hosts missed an opportunity to secure a crucial three points when they drew against Fortuna Dusseldorf at the Merkur Spiel-Arena last Saturday and will be looking to avoid a similar mistake when they face a disillusioned Hoffenheim side this weekend.

Meanwhile, the visitors are ninth on the league table after suffering a humiliating 3-0 home defeat to Hertha Berlin in their previous fixture and will hope to get closer to the Europa League spots with a win.

Werder Bremen are set to travel to the Schwarzwald-Stadion to face an over-achieving Freiburg side on Saturday.

The visitors, who are 17th on the table, suffered a 4-1 defeat at the hands of Bayer Leverkusen on Monday and will be desperate for a win as they try to avoid relegation into the second tier of German football for the first time in almost four decades.

Meanwhile, the hosts gained much confidence from their 1-1 draw with title contenders RB Leipzig last weekend and will hope that an easy win over their opponents will push them to a Europa League spot.

Borussia Dortmund will continue their quest to catch up with Bundesliga leaders Bayern Munich when they face Wolfsburg at the Volkswagen Arena on Saturday.

The Dortmund giants secured their fifth consecutive league victory with a 4-0 rout of local rivals Schalke last week and will be looking to warm up for next Tuesday’s clash with the Bavarians by establishing another comfortable win this weekend.

Wolfsburg themselves extended their unbeaten league streak to seven matches with a 2-1 win over Augsburg last Saturday and will hope a favourable result helps them in an increasingly tight race for the European places.

Bayern Munich will play host to Eintracht Frankfurt on Saturday night as they continue their relentless charge towards an eighth consecutive Bundesliga title.

The Bavarians extended their undefeated league run to 12 games after cruising to a 2-0 win over Union Berlin last Sunday and will aim to maintain their lead at the top of the table with yet another routine victory.

Their Frankfurt-based opponents, on the other hand, suffered their fourth consecutive league defeat to Borussia Monchengladbach last weekend and are now just five points off the relegation play-off spot at 13th place. The visitors will certainly want to avoid slipping further down the table but any hopes of attaining a win at the Allianz Arena seem far-fetched at this point.

Schalke 04 and Augsburg will go head to head at the Veltins Arena on Sunday afternoon as both sides will be looking for a win after tasting defeat last weekend.

Die Königsblauen endured a humiliating 4-0 defeat to Ruhr rivals Borussia Dortmund last Saturday and currently sit at eighth place on the Bundesliga table. Meanwhile, their Bavarian opponents suffered their fourth consecutive league defeat when they lost 2-1 to Wolfsburg at the WWK Arena.

While the hosts will be looking to revive their fight for a Europa League spot this weekend, the visitors will be desperate to maintain their standing outside the relegation zone.

RB Leipzig are set to travel to the Opel Arena to face Mainz 05 on Saturday afternoon as they aim to resuscitate their title challenge after losing ground on Bayern Munich and Borussia Dortmund last weekend.

Die Roten Bullen dropped to fourth place on the league standings after being held to a 1-1 draw by Freiburg last Saturday, which makes their upcoming clash a must-win if they wish to sustain their challenge this season.

Mainz, who are four points above the relegation play-off spot at 15th place, also settled for a tie as they came back from a two-goal deficit to draw 2-2 against FC Koln. They will certainly be looking to cause an upset to extend their opponents’ winless run in the Bundesliga but are unlikely to pull off the feat this time around.

FC Köln are set to play host to Fortuna Dusseldorf at the Rhein Energie Stadion on Sunday evening.

The hosts, who are currently tenth on the Bundesliga standings, threw away a 2-0 lead to draw with Mainz last Sunday and will be looking to avoid a similar incident when they face their Dusseldorf-based opponents this weekend.

Meanwhile, the visitors, who occupy the relegation play-off spot, squandered a golden opportunity to pull away from the drop zone when they drew with bottom-placed Paderborn last Saturday and will be keen to make better use of their chances against FC Köln.