Sunrisers Hyderabad decided to hand over the captaincy reins to David Warner ahead of the Indian Premier League (IPL) 2020 season.

The celebrated batsman has been in defining form in T20Is for Australia and his contributions for SRH over the years is another testament to why the tournament belongs to him.

He will replace New Zealand’s Kane Williamson as the side’s captain.

Warner had earlier led the Orange Army to their maiden title in 2016.

It was a year that belonged to Warner, who not only led the side with a sense of gusto but also scored immensely.

In 2018, SRH appointed Williamson as their leader after Warner was handed a ban by the BCCI for his involvement in the ball-tampering scandal in South Africa.

He scored a staggering 692 runs in just 12 matches, before going for the preparations for the ICC World Cup 2019.

The left-handed batsman scored a whopping 647 runs to finish as the second-highest run-scorer behind Rohit Sharma (648).

In the 12th edition of the IPL, the southern franchise stayed with the Kiwi star as its first-choice captain. Indian pace-bowling sensation Bhuvneshwar Kumar filled in as his deputy.

NZ batsman Williamson did a reasonable job as SRH’s skipper. He led the side to the IPL 2018 finale, where they lost against MS Dhoni-led Chennai Super Kings.

Williamson also took the side to playoffs last season where they weren’t that impressive. However, the decision to hand the captaincy back to Warner seems as a positive one.

The Aussie international is aggressive as a captain and can lead the side backing it with runs which he scores continuously upfront. With Jonny Bairstow available, expect Warner to flourish. The two created a great camaraderie last term.

Warner has been brilliant for SRH over the years

Warner has been amazing for SRH across seasons since the 2014 edition. The player made an instant impact in his debut season, scoring 528 runs in 14 matches at a strike-rate of 140.80.

To win three Orange Caps in the IPL is a special achievement for a player, who is respected across the globe.

Warner is a carrier of runs in the IPL 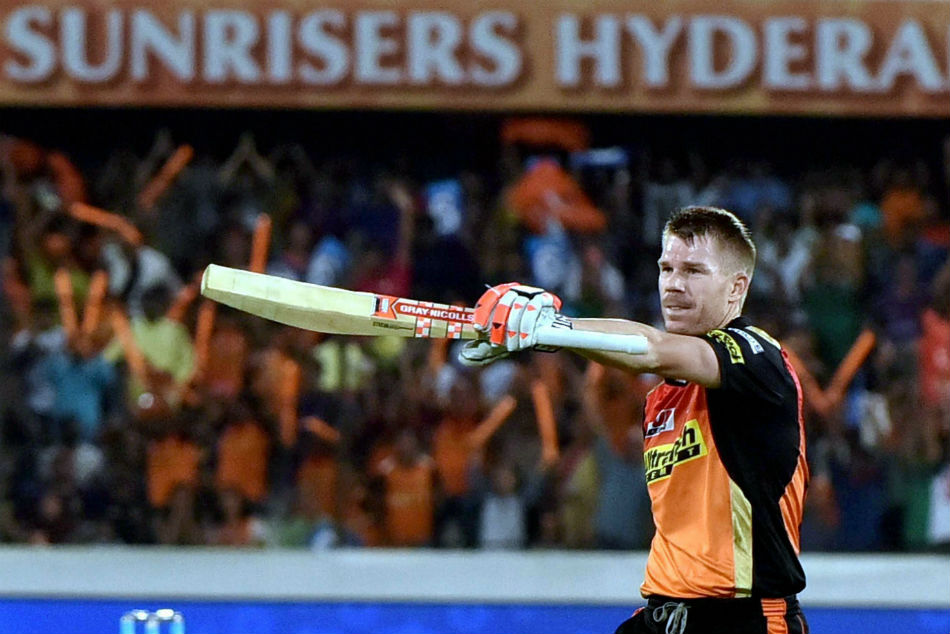 The Aussie star is a carrier of runs and given that he led the side to a title win in 2016, the idea to reinstate him as skipper makes sense. IPL 2020 will be a challenge for all teams and SRH, who are known to be consistent, can have a real crack under Warner.

If he can score immensely and power the side up front, that can help the franchise get real belief. SRH has a quality side on offer this time and Warner could propel the team and give the players a much-needed comfort on offer here.

“I’m thrilled to be given the captaincy for this coming IPL 2020,” Warner said in a message. “I’m extremely grateful to be given the opportunity to lead the team once again.”

“I’d like to thank Kane and Bhuvi for the way you guys led throughout the last couple of years, you guys did an outstanding job. And I’ll be leaning on you guys for the support.

And to the management thank you once again for giving me this opportunity. And I’ll try my very, very best to lifting that IPL Trophy this year,” he added.

Warner has been in supreme form in T20Is since CWC 19

One of the reasons why Australia can do well in the ICC World T20 is because of Warner’s brilliance upfront. His understanding of Aaron Finch upfront will be key.

Australia will be wanting to build a platform for the ICC World T20 at home. Warner, who has 2,207 runs in 79 matches, will be hoping to make it count in front of the Australian fans. He is a serious customer upfront and has all the credentials to do well in a format he loves so much.

Warner will not only look to poor SRH but also help the Aussies in the upcoming ICC World T20 at home.