England limited-overs captain Eoin Morgan has presented himself with a second chance in the Indian Premier League (IPL).
The hard-hitting southpaw was snapped by two-time winners, Kolkata Knight Riders, for Rs 5.75 crore in the IPL 2020 auction in December. This would be a crucial season for the England batsman in the global T20 league like the IPL.
The celebrated limited-overs player has been plundering runs for England of late and played an important role in the title-winning ICC World Cup 2019 campaign.
He has been a revelation of sorts for the Three Lions. Morgan played a crucial role in the recently-concluded T20Is against South Africa. The experienced campaigner got scores of 52, 27 and 57* to showcase his T20I attributes.
It was a series of fine margins and we had three cracking blockbusters to make it one of the most sorted bilateral series in recent times.
With England going down 0-1 in the series, they needed a voice who could stand up and deliver. And then when you have your skipper come out and lead in a grand manner, things cannot get better than that.
Notably, Morgan’s unbeaten half-century helped England clinch the decider.
With his side needing 223 runs to win in 20 overs, Morgan came in at number five and dished out a stellar performance. At 4/145, England needed a guiding light and the left-handed batsman ensured he stayed till the end and be the match-winner.
He smashed seven sixes in a 22-ball affair. When it comes to picking out the gaps and finding the boundary, nothing is better than Morgan, who is a substance of authority.
The England captain is a champion T20I player and will be immense for England in the upcoming ICC T20 World Cup later this year.
The southpaw, who has 2,138 career T20I runs, registered his 13th fifty. Notably, Morgan is a floater and can bat anywhere in the middle order. Here is Morgan’s T20I career. 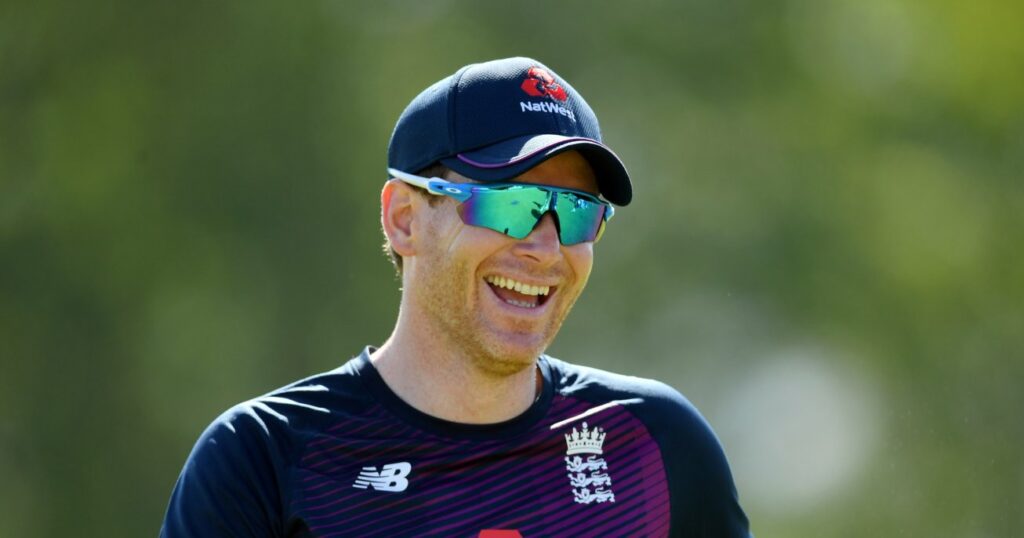 In the 13th edition of the IPL, the Dinesh Karthik-led KKR, need someone like a Morgan to use his skills and power them in the middle.
Last season, the side paid the price for being too dependent on West Indian stalwart Andre Russell. However, with the England skipper available, the side gets a major boost.
With him and Russell in the middle, KKR can wreck teams apart. What makes the KKR middle order ideal is the presence of three experienced guns in the form of Karthik, Russell and Morgan.
The 33-year-old is ideal as a player in any circumstance and can be the one who can keep up with the asking rate. He handles pressure beautifully.
When it comes to relaxing pressure, keeping the scorecard moving and the ability to muscle boundaries, the England skipper is a vital force to be reckoned with.
It is no surprise that KKR paid a whopping amount for the senior player, who offers a lot. He can be the guidance factor in helping someone like DK during crunch situations as a leader. This is a bonus for a side like KKR.
Morgan needs to make his second chance in the edition count. It will be a surprise if he doesn’t get going given the plethora of runs flowing from his bat of late.
If KKR are to do well, they need marquee players like Russell, Pat Cummins, DK and Morgan to fire on a consistent basis. They are pretty presentable in nature.

How Morgan fared in his first IPL stint? 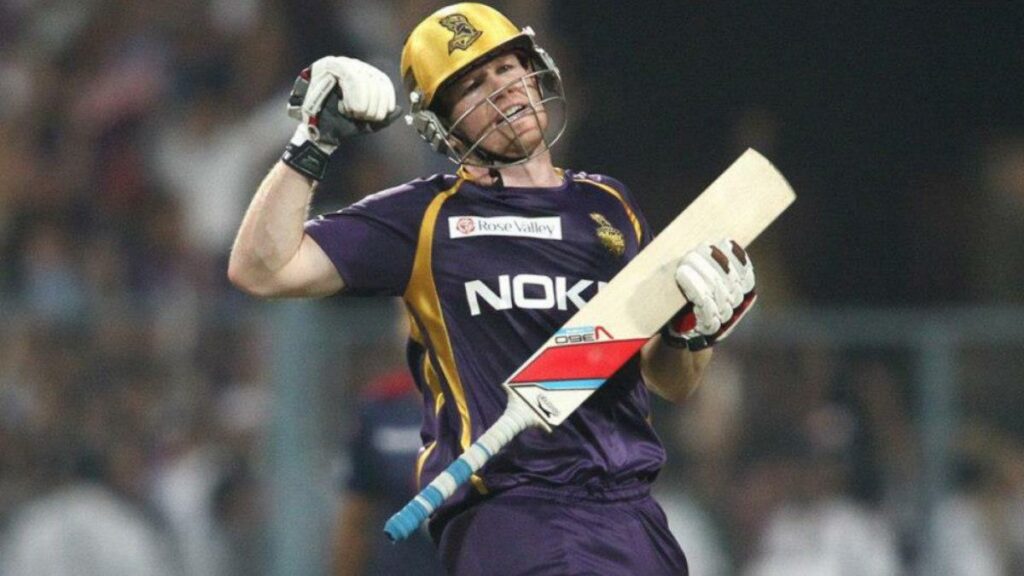 In his first stint in the IPL, the left-handed batsman had featured for both KKR and Sunrisers Hyderabad. He played in six seasons with his last outing coming in 2017.
In 52 IPL matches, Morgan amassed 854 runs at 21.35. He has four fifties under his belt. The influence Morgan needed to have was missing in all these seasons.
When you look at his scoring, his best season came in 2013 where he amassed 307 runs in 14 games at 27.90, However, it wasn’t a defining one given he got a single fifty. The rest of the seasons saw him failing to get past the 200-run mark. There was an element of struggle in the player.

However, times have changed and he has grown to be a consistent force in world cricket over the last 2-3 years. The utility batsman been a supreme player since 2018 for England.
In 2018, he was the fourth-highest run-scorer in ODIs for England. In 2019, he followed it up with another blistering show after being amongst the top run-getters for his side. As a T20I batsman, Morgan has been in top level as well.
The player needs to bank on his form and shrug off the results he endured in his first stint. With a champion leader in him, KKR get an useful resource who can stand up and deliver for the eastern giants.
Trending Stories on Kyrosports:-

Check out SevenJackpots and find your new favorite online casino among the best Indian gambling sites in the market. Play with real money via preferred payment and enjoy a rich collection of online casino games anytime, anywhere.