Players Express Grief and Optimism On Cancellation of Wimbledon 2020

As Wimbledon 2020 Championship gets cancelled, we look at the grief and optimism expressed by the players on the decision 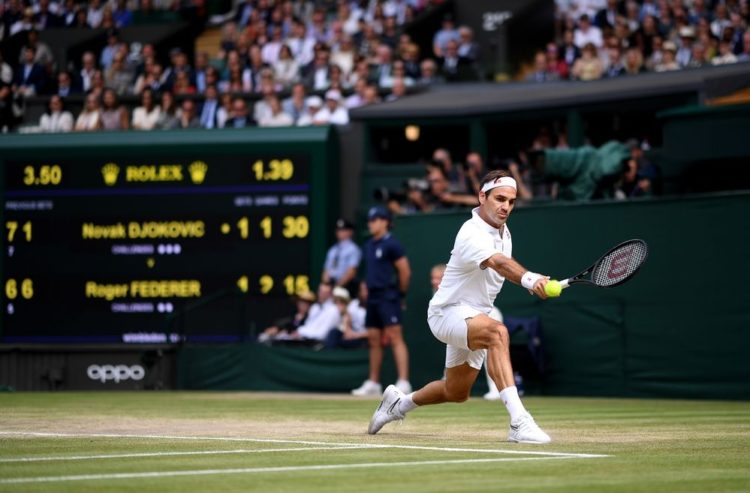 The cancellation of Wimbledon 2020, which was due to be played between the 29 June to 12 July, due to coronavirus pandemic makes it another major sporting event to be called off. Earlier, the Summer Olympic games were cancelled and are now to be stage in 2021. In tennis, recently the French Open 2020 was postponed to late September and early October.

The declaration was made on 1st April by Ian Hewitt, All England Lawn Tennis Club chairman. He stated, “This is a decision that we have not taken lightly, and we have done so with the highest regard for public health and the well being of all those who come together to make Wimbledon happen,”.

“Our thoughts are with all those who have been and continue to be affected by these unprecedented times.”

The cancellation of Wimbledon 2020 may have forced many to think, why wasn’t the tournament postponed to late summer and autumn like the French Open 2020.

Canceled Only Twice In 134 Year History

In a history spanning 134 years the Wimbledon Championship has witnessed two brief hiatuses, both during the two World Wars. The Championship had been held every year since, 1946.

Roger Federer Expressed Himself As, “Devastated” .

Former Wimbledon Champion in his twitter related to the cancellation of Wimbledon 2020, wrote that he was “devastated”. His message read, “There is no GIF for these things that I AM Feeling.”

It is with great regret that the AELTC has today decided that The Championships 2020 will be cancelled due to public health concerns linked to the coronavirus epidemic.

My thoughts on @Wimbledon ? pic.twitter.com/0K7NX0Z10h

She wrote on cancellation of Wimbledon 2020, “So sad to hear @Wimbledon won’t take place this year. Last year’s final will forever be one of the happiest days of my life! But we are going through something bigger than tennis and Wimbledon will be back! And it means I have even longer to look forward to defending my title”

So sad to hear @Wimbledon won’t take place this year. Last year’s final will forever be one of the happiest days of my life! But we are going through something bigger than tennis and Wimbledon will be back! And it means I have even longer to look forward to defending my title ? pic.twitter.com/PmppwUuKtD

Angelique Kerber Feels There Are “other important things” At The Moment

The former German champion, Angelique Kerber feels there are “other important things” at the moment. She said she was heavy hearted and won’t be able to play in front her home crowd in sport unities-in good and inn bad times.

The Spanish, Carla Suarrez Navarro, who plans to retire this year took, said she will miss Wimbledon, its tradition, its history, its respect for tennis.

Will miss you, @Wimbledon. Your tradition, your history, your respect for our sport.

Players like Roger Federer, Novak Djokovic, Rafael Nadal and Sania Mirza have also donated to their respective countries to fight the pandemic.

Even though it is tough for them too, the players are sensitive towards the prevailing global crisis.

It is beautiful to see, the world of sports uniting and coming forward by being considerate towards the tournament’s decisions.