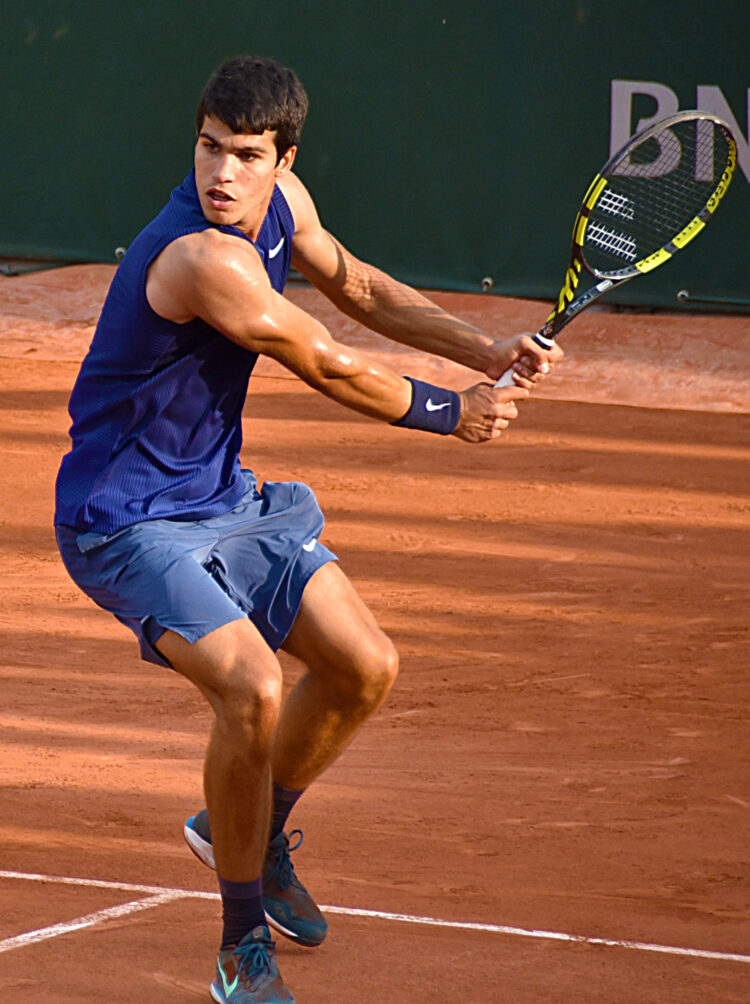 I’m fighting for the future for my brothers: Coco Gauff opens up on George Floyd’s death

Carlos Alcaraz’s tennis fixtures from this season could tell us that the mentioned Spanish tennis player could be the future star of world tennis. There is no doubt who the biggest names are in the current world of tennis. There is no need to waste words on the big three made up of Djokovic, Nadal, and Federer. On the other hand, all those who like to watch tennis are aware that the mentioned tennis players will not have the opportunity to watch for a long time. Federer is very close to retirement, Nadal has certain problems with injuries, while Djokovic will almost certainly become the player with the most won grand slam tournaments in history. Djokovic holds first place. Nadal is now in sixth place while Federer is close to relegation from the top 10. Medvedev, Zverev, and Tsitsipas are slowly taking the lead.

In the meantime, some new names have appeared and one of them is the young Spanish tennis player Carlos Alcaraz. Many experts and former famous tennis players believe that the mentioned guy is the future Nadal, although his idol is Federer, which can be seen in the style of his game. What he has shown this season on the tennis courts supports those predictions. Alcaraz is only 18 years old and he drew attention to himself with great results at this year’s US Open. Alcaraz made his ATP tour debut last year at the RIO Open. This season, he entered the main draw of all four grand slam tournaments. In Australia and Wimbledon he reached the second round and in Paris he finished the competition in the third round.

At the last grand slam in New York, he achieved his best result in his professional career. In 2021 he won his first ATP title. He came to see her at the tournament in Umag. In the final, he defeated the famous French player, Richard Gasquet. With this trophy, Alcaraz became the second youngest Spanish player to reach the ATP title. Of course the first is Rafael Nadal. A few weeks ago, he recorded his most significant result in his career. Of course, winning the first title on the ATP tour is a great success, but the quarter-finals of the grand slam are an even greater success than that result. Not only did he reach the quarterfinals, but he also achieved one big victory.

Stefanos Tsitsipas won in the third round and that is the biggest victory in his career, to which should be added the one from the finals in Umag. Alcaraz played a real marathon in five sets against the Greeks and in the end, he managed to place in the eighth-finals. He did not stop at that achievement. Peter Gojowczyk defeated him in the round of 16. With that victory, he became the youngest quarterfinalist of the US Open in the recent history of tennis. Unfortunately in the quarterfinals, he had to hand over the Felix Auger-Aliasssime match due to a leg injury. With this result, he made a huge improvement on the ATP list, so he is currently in 38th place.

Considering that he made his debut on the ATP tour a little over a year ago and that he has already managed to win one title and reach the quarterfinals, we can expect even better results from him in the future. He could definitely become a new tennis star. Considering that he is from Spain, everyone would certainly say that he is Nadal’s future successor, but he thinks that he is much closer to Federer in terms of style of play. “Honestly I don’t copy any style of a player. I just play my game,” Alcaraz said. “But if I have to say one player that is similar to my game, I think it’s [Roger] Federer. I think it’s similar to my game, trying to be aggressive all the time. I think it’s a good [comparison] for me. “Trying to be aggressive all the time with the forehand, backhand. I think I have to improve my serve a little bit. But I think it is similar, yeah.”

I’m fighting for the future for my brothers: Coco Gauff opens up on George Floyd’s death