All you need to know about Barcelona's trip to Celta Vigo for their first away game of the 2020/21 La Liga campaign. 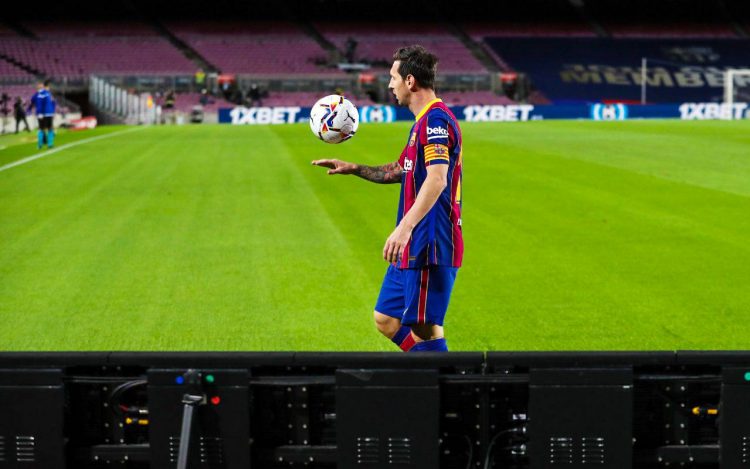 Can Lionel Messi propel Barcelona to a win at the Balaidos? (Image Credits: Twitter)

Following an extended cooldown window, 26-time La Liga champions, Barcelona, returned to the Spanish top-flight on Sunday night. The Camp Nou outfit looked right at home in the first match of the campaign and put on a splendid show for every Barcelona supported watching safely from home.

Ansu Fati, who scored a first-half brace and won a penalty against a hapless Villarreal side, comfortably outshone all his teammates — including Lionel Messi — to bring the Man of the Match trophy home.

On Thursday, the Blaugrana will be hitting the road for the first time this season to take on a particularly gritty opponent at a rather uncomfortable stadium.

Read on to know all about Barcelona’s first real test of the season.

The scoreboard operators are usually kept busy when these to teams cross paths. Both teams love to exploit the space. And surprisingly, both of them offer plenty to each other.

Historically, Barcelona have the advantage, of course, but Celta always manage to make things more complicated at Balaidos. Barcelona couldn’t beat Celta Vigo at the Balaidos in their last three attempts, settling for two draws and a defeat.

Unsurprisingly, Celta’s last win over Barcelona also came at the Balaidos — a 2-0 defeat in May 2019.

Barcelona, of course, opened the season with an emphatic 4-0 win over Villarreal on Sunday, which makes them an outright favourites against Celta Vigo.

The hosts, on the other hand, registered two draws on either side of a 2-1 win over Valencia.

Against an opponent as might as Barcelona, Celta Vigo will have to line up without the likes of Ruben Blanco, David Junca, and Sergio Alvarez. All three have been ruled out with injuries.

Other than the three main absentees, Celta Vigo would be able to depend on the rest of the squad to pull off something spectacular. Don’t be surprised to see a tactical shift against Ronald Koeman’s Barcelona.

Buoyed by Sunday’s big win, Barcelona are determined to blow Thursday’s opponents out of the water, and they’re likely to rely on the same players to grind out a favourable result.

First choice goalkeeper, Marc-Andre ter Stegen, is out of the squad following his knee operation while Martin Braithwaite is also set to miss out with a thigh problem. Samuel Umtiti is also tending his knee injury and likely to sit this one out.

Celta Vigo vs Barcelona: Where to watch

Celta Vigo and Barcelona are two of the most competitive teams in La Liga. Judging solely based on the squads, the visitors undoubtedly have an unfair advantage.

They have the best player in the league in Lionel Messi and a system that has proven to be quite encouraging in the first match of the season.

The hosts, on the other hand, have the comfort of Balaidos but won’t have their passionate fanbase to fall back upon. They can still put Barcelona under a lot of pressure if they play their cards right, but we don’t see the Blaugrana losing this one; especially after opening the campaign in such convincing fashion.

It could be a little tricky at times, but we expect Barcelona to bring three points back to Camp Nou this Thursday.