Celtic: Is it time for a change in dynamics with trouble brewing in Paradise?

Celtic have shown several cracks this season and Neil Lennon should act fast to stop things from boiling over at the Paradise. 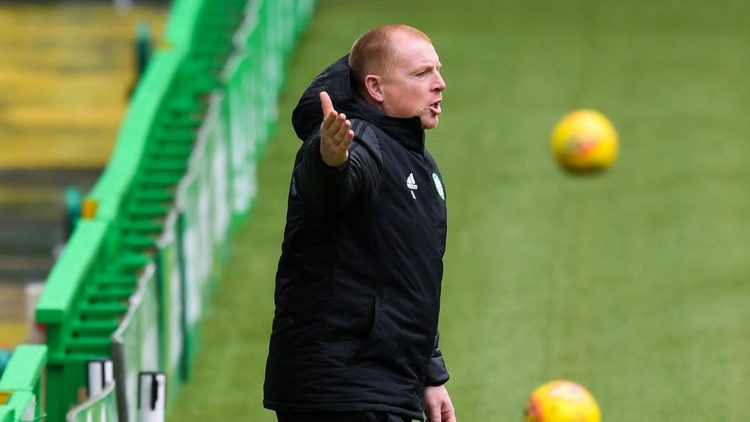 Is it time for Neil Lennon to make some changes at Celtic? (Image Credits: Twitter)

The Scottish domestic scene has been mainly dominated by just two clubs over the years. The two Glasgow-based sides – Celtic and Rangers – have collectively won as many as 105 domestic titles between them and no other club outside the city have managed to get their hands on the league trophy since 1984-85.

Rangers’ fall from grace after the club went into administration in 2012 left the field open for Celtic to take centre-stage, with the Hoops now looking to win their tenth Scottish Premiership title in a row at the end of the current campaign.

While the records of the two Glasgow sides make their fans extremely proud, it doesn’t speak very well of the competition on offer in the Scottish top flight.

A few teams such as Aberdeen and Motherwell have shown sparks in the last few seasons, but in the end, they fell well short of the eventual champions, Celtic.

Therefore, for Neil Lennon and his Celtic team, it is going to be optimally important to get out of their comfort zone and put up a challenge on the European front.

Celtic’s last involvement in the Champions League group stages was back during the 2017-18 season when the finished third in group B. The Hoops have struggled in the Europa League too, with Rangers progressing further than Celtic in the continental competition last season.

As far as the ongoing 2020-21 season is concerned, Celtic’s hope of playing in Europe’s premier tournament is over, following their 2-1 defeat at the hands of Hungarian outfit, Ferencvaros in the Champions League qualifiers.

It was, in fact, the Scottish champions’ earliest Champions League exit in 15 years, though it was under much-changed circumstances with the two-legged ties being replaced by just a single match.

So, is it time for some much-needed rejig at Celtic, following their continued European failures?

Complacency setting in at Celtic?

After Celtic lost in the Champions League qualifiers against Ferencvaros, Rangers legend Ally McCoist dissected the result, pointing fingers at some of the first-team regulars.

McCoist said in an interview with BT Sport,

“If there are players at the club who don’t want to be there, then they have to leave. It’s as simple as that.”

While commenting on the Odsonne Edouard scenario at Celtic Park, with the player being linked with a move away from the club, McCoist said:

”Unless he pledges himself for another season then he [Lennon] has no option but to get rid of him.”

Celtic manager Neil Lennon made no pretensions about hiding his disappointment in his players, saying that those who didn’t want to be part of the dressing room were free to leave. He said,

Although the manager’s scathing talk sparked a response from the Bhoys as they managed to beat Motherwell 3-0 at home in the Scottish Premiership, the opportunity to progress in the Champions League was already gone by then.

25-year-old Belgian star Boli Bolingoli is an ideal example of the casual approach taken by the Celtic players this year.

The player was guilty of breaking lockdown rules and flying to Spain without informing the club. He then failed to quarantine himself for 14 days and took part in the match against Kilmarnock five days later putting the lives of others at risk.

The club had to bear the brunt of his mistake as two of their domestic fixtures were suspended. The player was also handed a three-game ban with another two-match penalty being suspended until the end of February.

Players such as Olivier Ntcham and Kristoffer Ajer have also come under the scanner for their desire to seek moves away from the club. Centre-back Ajer has been linked with a move to the Premier League with West Bromwich Albion and Southampton interested in him.

Former French Under-21 international Ntcham is also looking to secure a move away from Celtic Park, with French outfit Lyon and Portuguese giants Porto keeping a close eye on the situation.

While the brewing troubles at Celtic have been overcome, as of now, through Neil Lennon’s motivational team-talks, there is every possibility of things getting out of hands in the future if something is not done immediately.

The Bhoys have roped in defender Shane Duffy from Brighton and Hove Albion and will hope to use his Premier League experience to better their results.

Lennon knows this team better than anyone else, having been at the helm over the course of two different spells, and the fans will definitely keep their faith in the 49-year-old to take the team out of their current difficulties and write their names in the history books by winning the Scottish Premiership for the tenth consecutive season.