All you need to know ahead of Celtic's Scottish Cup semi-final clash against Aberdeen at Hampden Park on Sunday. 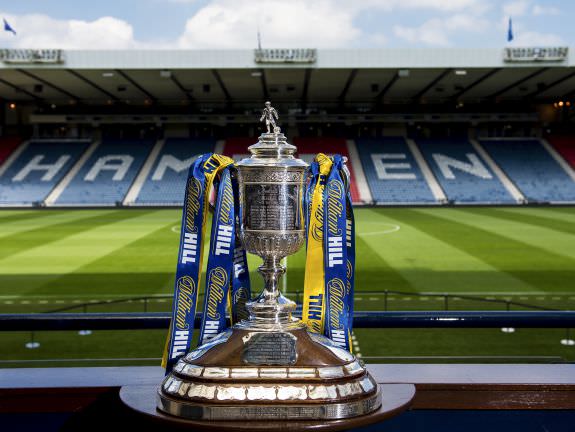 Celtic and Aberdeen will clash on Sunday for a place in the Scottish cup final. (Image Credits: Twitter)

Celtic have made another Scottish Cup semi-final and are going into Hampden Park this Sunday on the back of a 34-game run where they have not lost a domestic cup game in Scotland.

The Scottish champions’ form in Scotland has been sketchy over the last few weeks and Aberdeen wrestled Celtic to a fiercely contested 3-3 draw at the Pittodrie last week in a league game.

But Celtic have been more or less impregnable in the cup ties over the last few years and have won the last three Scottish Cups. Their record against Aberdeen at Hampden Park is also solid as they have not lost to the Dons in Scotland’s national stadium since the 1992/93 season.

But Aberdeen will fancy their chances against a Celtic side who have lost their veneer of invincibility this season in Scotland.

Celtic have a far superior record against Aberdeen and have dominated the Dons in Scottish football since their first meeting in the 1905/06 season.

The Scottish champions beat Aberdeen three times last season but a 3-3 draw between the two sides last week should be a source of confidence for the Dons.

But Celtic have also not a lost game at Hampden Park against Aberdeen since the 1992/93 Scottish League Cup semi-final clash.

Celtic (in all competitions): D-D-L-L-W

Aberdeen (in all competitions): D-W-D-W-W

Celtic are without a win since beating St. Johnstone in the first week of October. They have been beaten by Rangers and AC Milan and have drawn games against the Dons and Lille in the last few weeks.

Aberdeen are definitely in better form compared to Celtic ahead of Sunday’s clash at Hampden Park. The Dons have not lost a game since getting beaten by Sporting Lisbon in a Europa League qualifier last month and also played a 3-3 draw against Celtic at Pittodrie last week.

Kristoffer Ajer is a doubt for Celtic after he picked up a groin injury in the 2-2 draw at Lille on Thursday night.

Defender Hatem Elhamed has returned to the squad after self-isolating due to contracting COVID-19 but James Forrest and Christopher Jullien will continue to remain on the sidelines due to injuries.

Dylan McGeouch will miss the clash after getting ruled out for eight weeks due to a groin injury.

Ryan Edmondson and Marley Watkins are set to return to the squad and Mikey Devlin, Matty Kennedy, Greg Leigh and Curtis Main are all getting closer to peak fitness after recovering from various injuries.

Celtic vs Aberdeen: Where to watch

Celtic are coming into the game on the back of some poor form and are without a win since early October. But the Scottish champions have swept away all the domestic trophies in the last three years and have not lost a cup game in 34 outings.

Aberdeen will smell blood after getting a point against Celtic last weekend but they are coming against the Bhoys’ daunting record in the cups. They have also not beaten Celtic at Hampden Park since the 1992-93 season and are facing an uphill task.

Celtic are wounded but they will back themselves to get a result at Hampden Park even if they are not playing at their best.