Frank Lampard has spent big in the transfer window to strengthen his squad but that will bring more scrutiny on his Chelsea side next season. 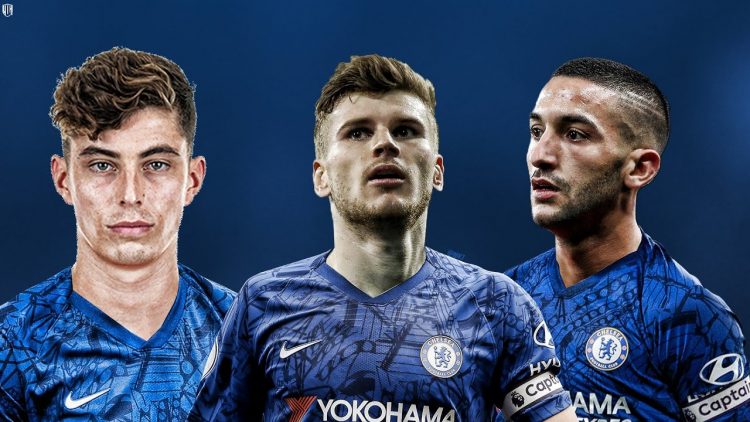 Chelsea needed a win on the final day of the season to book their place in next season’s Champions League as they finished fourth in the league. Getting into top four was the remit for Frank Lampard in his first season at Stamford Bridge and he made sure that the club remain in Europe’s high table.

But Chelsea have blown away everyone in the transfer window and have spent north of £200m to sign five players to strengthen Lampard’s squad for the 2020/21 campaign. While other clubs are being extra cautious about spending money in a depressed market, Chelsea have gone against the trend and smoked everyone in the ongoing window.

The proceeds from Eden Hazard and Alvaro Morata were sitting in the bank as they were banned from signing players last year and coupled with the budget for this summer, Frank Lampard had more to spend than any other manager in the Premier League this year.

But the increased spending brings more focus on next season. Just finishing fourth in the league and getting smoked by one of the European giants in the Champions League will not be enough next season.

Lampard is acutely aware that he will need to show real progress and following a summer of spending there will be a real expectation for Chelsea to even challenge Manchester City and Liverpool for the league title, even if it seems highly unlikely.

The big spending will be a running narrative of Chelsea’s season and Lampard cannot escape that even if there is evidence that the squad are still not good enough to challenge for the league.

Hakim Ziyech – Chelsea gave an early glimpse of their ambition in the market when they completed a deal to sign the Algerian winger from Ajax in February itself. The departures of Pedro and Willian meant Chelsea needed fresh blood on the flanks and Ziyech has been a creative force at Ajax over the last couple of years.

He will definitely add more guile and his ability to play those penetrative balls into the penalty box will come in handy in an attacking Chelsea side next season.

Timo Werner – The Germany international striker seemed destined to move to Liverpool until football finances took a massive hit due to a global pandemic. The Reds didn’t have the money to sign Timo Werner and Chelsea swooped in to get their hands on him.

Olivier Giroud displaced Tammy Abraham in the starting eleven towards the end of last season but Lampard wanted a top-class striker added to his squad for the new campaign. Werner scored 34 goals last season and is considered as one of the best young strikers in the game at the moment.

Ben Chilwell – Frank Lampard was forced to play a back three last season as both Marcos Alonso and Emerson Palmieri were defensive liabilities. Signing a left-back was a priority and Ben Chilwell was always the top target for the club.

The England left-back has been remarkably consistent over the last couple of years and his stock has been on the rise. At 23, Chilwell could be the left-back solution for Chelsea for the next decade.

Thiago Silva – Central defence was a problem at Chelsea last season and they had the worst defensive record in the league amongst the top ten teams. Thiago Silva’s arrival will add more experience and top-level knowhow to a back-four that often lacked leadership in the 2019/20 season.

However, there are question marks over whether the 35-year-old has the legs to succeed in the Premier League.

Malang Sarr – Chelsea also snapped up the 21-year-old French defender on a free transfer after his contract with Nice expired at the end of last season. He is unlikely to have any effect next season as he is expected to be loaned out later in the window.

Kai Havertz – Chelsea’s biggest buy of the summer is Kai Havertz. Reports in Germany suggest that Bayer Leverkusen will get as much as €100m from the attacking midfielder’s move to Chelsea in the ongoing transfer window.

The 21-year-old is one of the best young talents in Germany and Chelsea believe getting him is something of a coup, given clubs such as Bayern Munich and Real Madrid wanted him.

Chelsea are still in the market for a goalkeeper and are believed to be weighing up a move for Lille stopper Mike Maignan. The club are still interested in West Ham’s Declan Rice but a reported £80m asking price is likely to dissuade the club from signing him this summer.

Chelsea said goodbye to William and Pedro and both left the club at the end of their contracts. The Brazilian joined crosstown rivals Arsenal while the Spaniard moved to Italy with Serie A giants Roma.

A number of players are expected to leave by the end of the transfer window on 5th October. Kepa Arrizabalaga’s future at the club continues to remain under the scanner as Frank Lampard lost faith in his number one goalkeeper at the end of last season.

However, shifting him out will be tricky due to his wages and transfer fee and there are suggestions the Spaniard wants to stay at Chelsea.

N’Golo Kante’s has also been linked with a move away with Inter Milan interested in him. But the Frenchman is expected to stay at Stamford Bridge.

However, that is unlikely to be the case for Emerson Palmieri who is expected to return to Italy in the summer. There are also claims that Chelsea will be open to selling Ross Barkley if they receive the right kind of offer on their table.

Chelsea’s new-look attack look frightening on paper ahead of the start of the league season next weekend. The arrivals of Timo Werner, Hakim Ziyech and Kai Havertz have added goals and creativity to a side that already had Christian Pulisic, Mason Mount, Olivier Giroud and Tammy Abraham.

There is a real chance of Frank Lampard’s side blowing teams away on their day next season and teams will find it increasingly hard to keep them at bay. The Chelsea manager wants his team to play on the front foot, even against the biggest teams, and now he has the personnel to do so.

It’s still the defence! Thiago Silva’s arrival has added more experience and leadership to the Chelsea backline, but they still look vulnerable at their rear. Silva is 35 and he lacks the pace that is needed for Frank Lampard to play his more favoured high line.

Ben Chilwell is a definitely a more solid defender at left-back than either Marcos Alonso and Emerson Palmieri but Chelsea conceded the highest number of goals in the Premier League top ten last season. They looked weak at set-pieces and are yet to solve their goalkeeping conundrum.

Unless Lampard manages to make them tighter at the back, Chelsea are likely to struggle to close the gap with either Liverpool or Manchester City.

Despite signing several attacking talents in the transfer window, Chelsea’s season will depend on the defence coming good and that will mean Thiago Silva providing some much-needed leadership to the backline. The Brazilian has arrived with bags of experience and will definitely add something different to the Chelsea defence.

Lampard needs the 35-year-old to settle in quickly and hit the ground running in the Premier League. If the veteran defender adapts to the league soon, Chelsea will definitely look more solid next season.

However, if Silva struggles in the Premier League, it could be another campaign where Chelsea could undo all the good work upfront by conceding soft goals at the back.