Chelsea transfer window special: Blues need defenders and a few of them

Frank Lampard has splurged on strengthening his attack but he needs the Chelsea board to turn their attention towards defensive reinforcements. 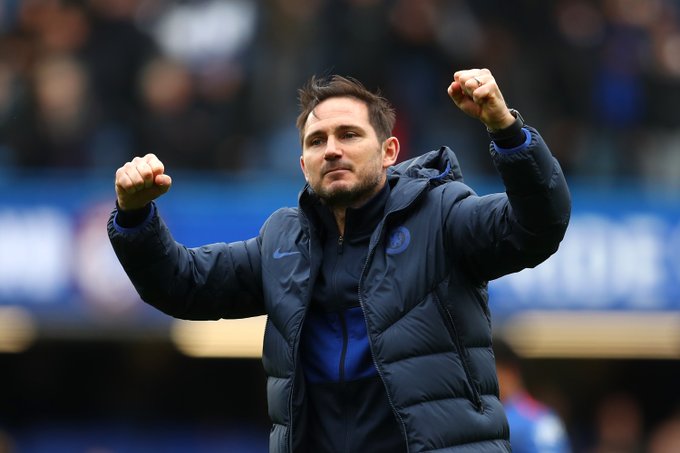 Chelsea are one of the few clubs in Europe who can afford to spend big this summer despite the COVID disruption.

The transfer ban last year meant that they didn’t spend anything in the last two windows, with the Blues also having the proceeds from the Eden Hazard sale lying in the bank.

So, it is easy to suggest that the Premier League giants have a large transfer kitty to dip into and they have started their shopping early.

A deal worth €44m was agreed with Ajax in February for Hakim Ziyech’s move to Chelsea. Frank Lampard also sanctioned a €50m outlay on signing Germany striker Timo Werner from RB Leipzig.

The Blues are also favourites to sign Kai Havertz from Bayer Leverkusen on a deal which could be worth as much as €90m.

Lampard clearly wanted more attacking reinforcements for his squad and the Chelsea board have backed him.

But there are other areas of his squad which require much-needed attention in the coming weeks.

Frank Lampard never settled on a back four last season and to be honest, very few of his defenders actually made a compelling case.

It is apparent that Chelsea’s defence needs reinforcements. Neither Kurt Zouma nor Andreas Christensen have managed to form a proper partnership with Antonio Rudiger, who has also not been a symbol of defensive serenity.

Apart from individual mistakes, Chelsea have also been susceptible to set-pieces and have conceded way too many goals from such situations.

West Ham’s Declan Rice is a target and while he is a defensive midfielder, Chelsea are believed to be eyeing him as a future centre-back.

However, wrestling the 21-year-old away from the Hammers would be an uphill task. David Moyes has ruled out selling the player and it could take a massive bid from Chelsea to change West Ham’s mind.

Chelsea have also been linked with a move for Borussia Monchengladbach’s Matthias Ginter, who is also believed to be on Arsenal’s radar.

Lampard also wants a new left-back as he evidently doesn’t trust Marcos Alonso and even has less faith in Emerson Palmieri. Leicester City’s Ben Chilwell is Chelsea’s top target but a £90m asking price is a massive stumbling block.

The Blues could depend on the player agitating for a move, especially with Leicester missing out on Champions League qualification.

Chilwell’s price tag means Chelsea are said to have other targets in mind. Ajax’s Nicolas Tagliafico and Atalanta’s impressive Robin Gosens are on their radar.

Ultimately, it will depend on how much Chelsea would be left to spend on their defence after Lampard’s splurge on strengthening their attack.

Any takers for Kepa Arrizabalaga?

A lot of Chelsea’s defensive woes also stem from the fact that the defenders just don’t trust the man between the sticks.

The Blues paid a world-record fee to sign Kepa Arrizabalaga from Athletic Bilbao in 2018 and in two years, he has done little to show why Chelsea forked out such a large fee for him.

Kepa’s shot-stopping has been woeful and he has the worst shots to save ratio in the Premier League, the kind of record one can’t expect the world’s most expensive goalkeeper to have.

Frank Lampard doesn’t trust him and he made it apparent when the Spaniard was dropped to the bench on the last day of the season when Chelsea needed a win to qualify for the Champions League.

Willy Caballero is also not good enough but it says something when the perennial number two goalkeeper is favoured over the most expensive one.

The Chelsea manager wants a new goalkeeper but Kepa is an albatross he needs to somehow shake off.

The Chelsea board do not like to lose money on players but there is no club in the world who would fork out a sum to match Chelsea’s outlay on Kepa.

Either they will have to accept the losses on him and let him go or risk forcing a goalkeeper on Lampard who he clearly doesn’t want next season.

Jan Oblak has been linked with Chelsea but it is hard to say them spending €120m, his buyout clause, on the Slovenian and Atletico Madrid won’t sell him for a figure less than that.

The more realistic option seems like Ajax’s Andre Onana but any move for a goalkeeper would have to precede Kepa leaving.

Finding a taker for the Spaniard in this market is going to take all of Marina Granovskaia’s negotiating skills.

Willian has been a fantastic servant for Chelsea since he walked away from Tottenham after passing a medical to join the Blues in 2013.

However, his current deal expires at the end of the season and no agreement is in place between the player and the club.

Frank Lampard wants the club to hold on to the Brazilian, especially with the possibility of him joining their crosstown rivals Arsenal on a free transfer.

But there is a fundamental difference between the Blues and the 31-year-old winger. Willian wants the stability of a three-year contract but Chelsea are only prepared to offer a two-year deal.

Willian’s agent has claimed that his client has five offers on his table – two from the Premier League, two from continental Europe and one from the MLS.

Lampard values his experience but there is a chance that the Brazilian will turn out for a Premier League side other than Chelsea next season.