Which three players Chelsea can sign once the transfer window opens this summer? 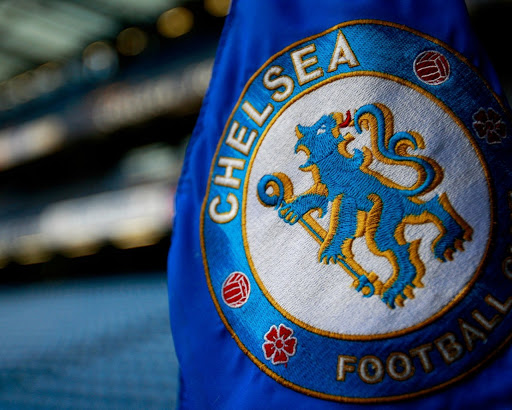 Since the departure of Maurizio Sarri in June last year, Premier League giants Chelsea have been on an experimental mode, appointing a largely untested Frank Lampard as their manager on a three-year contract. The pattern followed by the Roman Abramovich-owned club suggests that the young manager won’t last the full extent of his stint at Stamford Bridge.

On an overall assessment of the former Derby County manager’s tenure at Chelsea so far, one would have to say that Frank Lampard has done reasonably well in spite of all the difficulties he has faced.

Chelsea were banned from signing new players when the 41-year-old took charge and was forced into losing his main man Eden Hazard to Real Madrid. Although the Blues’ transfer ban was later reduced after an appeal to the Court of Arbitration for Sport, Lampard has largely stuck to the same squad he was handed.

The results though haven’t in any way reflected the lack of activity in the transfer market, with Chelsea currently being fourth on the Premier League table, leading fifth-placed Manchester United by three points.

If Champions League football becomes a certainty at Stamford Bridge next season, Chelsea could hope to attract big names to London in the summer. So, here is a list of three realistic signings Chelsea can make at the end of the season.

After losing Eden Hazard to Real Madrid, Chelsea are in search of a star striker. Frenchman Olivier Giroud has been on the fringes and might well be on his way out in the summer. While Tammy Abraham has done a decent job up front, scoring 15 goals in 34 appearances, he still needs to gain more experience to carry the entire goalscoring responsibility on his shoulders. And herein comes the name of RB Leipzig striker Timo Werner.

According to German daily Bild, it is going to be a three-way race between three Premier League outfits – Liverpool, Manchester United and Chelsea – for the services of Werner at the end of the season. Chelsea and Manchester United are in fact the two clubs, who have already opened discussions with the player’s agents, with Liverpool falling behind.

Timo Werner has a £52 million release clause in his RB Leipzig contracts, and the Reds are keeping their cards close to their pockets as they wait to comprehend what the full impact of the lockdown will have on their budget next season.

From that aspect, Chelsea will have an upper hand as they have not spent much on players over the course of the last two transfer windows.

Timo Werner has 21 goals against his name in the Bundesliga this season, having featured in 25 league matches for RB Leipzig.

With Timo Werner showing eagerness to work under his compatriot Jurgen Klopp, Chelsea might be forced into rethinking their options, and Napoli forward Dries Mertens could be an alternative for the Blues.

In spite of his advanced age, the Belgian possesses the physical prowess which is needed to survive in the Premier League. The 33-year-old is yet to sign a new deal with Napoli, meaning that he will be available on a free transfer upon the expiration of his contract with the Serie A club.

Dries Mertens has been a huge success for Napoli since signing from PSV back in 2013 and has 121 goals to his name in 311 appearances for the club. He is currently the Italian outfit’s joint-highest goalscorer of all time.

However, Chelsea might face some competition in their bid to land Mertens as fellow Premier League side Arsenal and Serie A outfit Inter Milan are also interested in the Belgian international.

Serbian international and Chelsea target Sergej Milinkovic-Savic has been linked with a move to the Premier League for long, even though his parent club Lazio have maintained a “not for transfer” stance. However, Lazio chief Igli Tare recently said in an interview with Sky Sports Italia:

“The player’s desire is crucial. Generally speaking, if a player thinks that their time is up and wants to go somewhere else, it shouldn’t be a problem.”

Chelsea’s midfield general N’Golo Kante has been linked with a move away from Stamford Bridge at the end of the season, with Real Madrid looking like his most preferred destination. If the French international indeed leaves Chelsea, the London-based side will fall short in the central midfield area and Sergej Milinkovic-Savic’s presence might prove to be crucial in filling the void.

However, the bid will have to be a substantial one. Lazio are expecting something around £80 million and Chelsea will have to consider their finances before making a move.

The 25-year-old also has the physical attributes required to survive as a holding midfielder in the Premier League and might be an immediate hit.

However, Frank Lampard will have to take into account the player’s former suitors Manchester United before thinking about his future plans while keeping the player in mind.

On a final assessment, it needs to be said that any transfer moves this summer will be dependent on the financial impact the ongoing coronavirus crisis is going to have. Any impact on the TV money might also be crucial. Chelsea will hope to keep all their options open though, and Champions League qualification might be crucial in that regard.