Chelsea Transfers: Should Blues break the bank for Kai Havertz?

Chelsea are reportedly willing to go all guns blazing for Bayer Leverkusen starlet Kai Havertz, but is he worth the fortune? 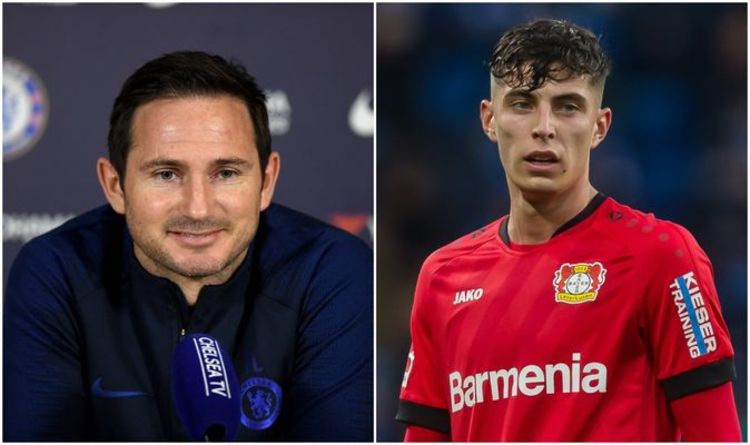 Bayer Leverkusen star Kai Havertz is a man in demand.

For the past two years, he has been lighting up the Bundesliga. His spectacular form has seen Havertz land on the wish-list of various European big teams, including Bayern Munich, Real Madrid and the most recently, Chelsea.

As per latest reports, the Blues have decided to go all out for the Leverkusen ace, just days after reportedly agreeing on a move for RB Leipzig star forward Timo Werner.

Club owner Roman Abramovich is willing to back coach Frank Lampard in the transfer market and as Chelsea are looking to compete with other European giants for Havertz’s signature.

If the deal sees the light of the day, what can Chelsea expect from Kai Havertz, moreover, should they really break the bank for the 20-year-old playmaker?

The Germany international began his career at Bayer Leverkusen’s youth academy before making his first-team debut in 2016. Just one year later, Havertz scored his first league goal, thereby becoming one of the youngest goalscorers in the Bundesliga.

Since then, the attacking midfielder/winger hasn’t looked back as he continues to break records for fun. As a testament to his meteoric rise, Kai Havertz was handed the captain’s armband this season and he’s duly repaid coach Peter Bosz’s faith in him, having played 38 matches so far, with a return of 15 goals and eight assists.

Many consider him to be the breakout star of Germany’s next generation, and that’s why numerous clubs are in the running for the youngster’s signature.

What would Kai Havertz bring to Chelsea?

The Blues will see two of their long-serving wingers- Willian and Pedro- depart in the summer on free transfers. This means they will need to sign two wide players, with Chelsea already confirming the signing of Ajax star Hakim Ziyech, who primarily plays on the right-wing.

On the other side, they could deploy Havertz, who can deliver pin-point crosses from his stronger left foot. On occasions, he can also be played as an inverted winger on the right-hand side to stretch teams who tend to sit deep.

This season, the German has also been used as a striker, showcasing his versatility. How Frank Lampard would love to pair the duo of Werner and Havertz up front together.

Should Chelsea splash the cash for Havertz?

Let’s do some math here, Ziyech would cost the Blues approximately €44 million including bonuses. They are also keen to pay the release clause of Timo Werner, who will cost them another €60 million approximately.

Add to that, the outlay on Kai Havertz, who will command a fee of near about €80 million. Such a move would make sense because Chelsea already have the cash which they earned from Eden Hazard’s blockbuster move to Real Madrid last summer.

The Blues would only need to finance a move for the Bayer Leverkusen man from their own coffers, which, when considering the talent of the player in contention, isn’t an awful lot of money.

For comparisons, Jadon Sancho could cost Manchester United upwards of  €100 million, due to Dortmund’s unwillingness to sell their star player.

Kai Havertz is a generational talent, and Chelsea, if they are able to sign him, would instantly become one of the favourites for next season’s Premier League title.

A front line of Timo Werner, Hakim Ziyech and Havertz would be a dream trio. While the Blues have only yet signed one of those three men, they are favourites to sign Werner and would be wise to get the deal done for the last piece of the puzzle which could win them yet another league title.