All you need to know ahead of Sheffield United's trip to Chelsea on Saturday for a Premier League game at Stamford Bridge. 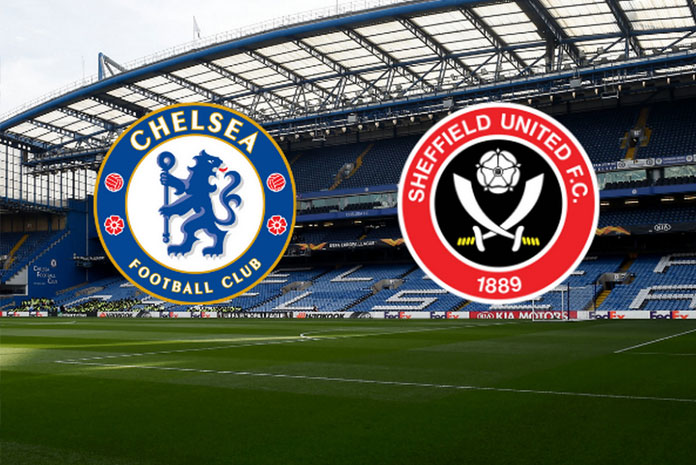 Chelsea are coming into the game on the back of three wins and have been looking a more confident and assured side. They have scored ten times in their last three outings in all competitions and have not conceded a goal in their last five.

Following a stuttering start to the season, Frank Lampard’s side are switching gears and are expecting to go on a fine run ahead of the busy Christmas period.

On the other hand, Sheffield United are still searching for the form they showed last season. Chris Wilder’s side have been struggling and have earned just a point from their opening seven Premier League games and are sitting in second from the bottom.

Six defeats in seven is not a good reading for a team that won hearts in the 2019/20 campaign with their brand of football.

Ahead of next week’s international break, both teams will be in search for points at Stamford Bridge on Saturday but for vastly different reasons.

Chelsea have an overall superior record against Sheffield United since their first meeting in 1907.

The Blades returned to the Premier League last season and Chelsea were one of the many sides who were left shocked. The Yorkshire side earned a point at Stamford Bridge and beat them 3-0 at Bramall Lane.

Chelsea are clearly the in-form side ahead of their meeting against Sheffield United at Stamford Bridge on Saturday. They have won their last three in all competitions and have not conceded a goal in their last five.

Sheffield United are desperately looking for some positivity ahead of the international break. They have lost six of their opening seven Premier League games and are struggling to find the back of the net ahead of their trip to west London.

The Blues will be without Kai Havertz who tested positive for the coronavirus ahead of their Champions League clash against Rennes on Wednesday night.

Christian Pulisic is also doubtful after he pulled out of the Burnley game last weekend after picking up a hamstring injury during the warm-up. Frank Lampard is unlikely to take a chance on his fitness if he is unsure about the American ahead of the game.

The Blades will be without Ethan Ampadu who is ineligible to face his parent club, Chelsea. It further reduces the options Chris Wilder has in defence as Jack O’Connell is sidelined for the season.

John Fleck is also absence for Sheffield United and Lys Mousset is not expected to be fit for at least one more month.

Chelsea vs Sheffield United: Where to watch

Chelsea are rolling into the game on the back of some brilliant form. Their attacking players have shown verve and intensity and Edouard Mendy and Thiago Silva have shored up their defence, which has seen them not conceding a goal in their last five games.

At the other end of the form spectrum is Sheffield United who have looked far away from the side that shocked the Premier League last season. They have a point from their opening seven league games and are looking like relegation fodder at the moment.

Any result other than a comfortable Chelsea win would be a major shock at Stamford Bridge this weekend.