Chelsea will commence their 2020-21 Premier League campaign with an away trip to Brighton on Monday. 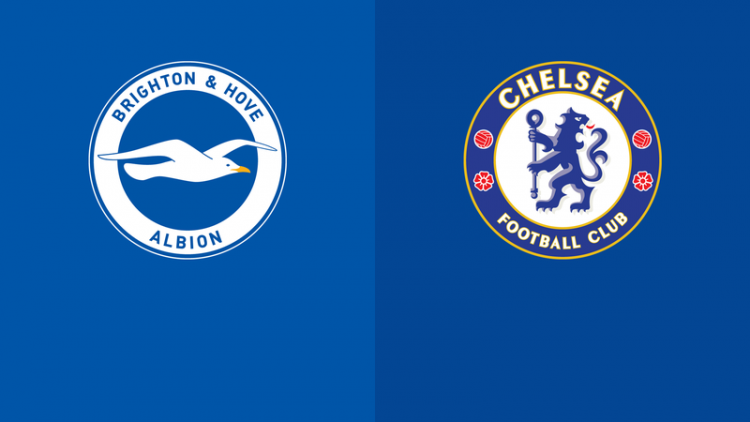 Chelsea will lock horns with Brighton in an away Premier League game on Monday night. (Image Credits: Twitter)

Chelsea will begin their 2020-21 Premier League campaign with an away trip to Brighton on Monday night.

On the other hand, Brighton too would be looking to start their season on a bright note after finishing on the 15th place last season under Graham Potter’s management. Just like Chelsea, the Seagulls also have an active summer transfer window as they already completed the signings of Adam Lallana, Joel Veltman, Jan Paul van Hecke and Ulrick Eneme Ella already.

This will be their second meeting in two weeks time, having squared up earlier in a pre-season friendly at the Amex Stadium. Timo Werner’s debut goal gave Chelsea the lead in the first half, while a late Cristian Gross penalty made it all square at the end of 90 minutes.

Brighton vs Chelsea: Recent From (In all competitions including pre-season friendlies)

Brighton accumulated five points in their last three Premier League fixtures last season, which was enough to keep them afloat in England’s first division football for another year. However, the Seagulls have drawn both of their pre-season friendlies against West Bromwich Albion and Chelsea ahead of Monday’s Premier League fixture.

Despite securing a top-four finish, Frank Lampard’s men finished their campaign in a bitter-sweet manner after testing defeats against both Arsenal and Bayern Munich in the FA Cup final and UEFA Champions League Round of 16 2nd leg tie, respectively.

Brighton are yet to register their first win against Chelsea, despite facing them on eight occasions previously. In their last seven competitive fixtures, the west London giants have come out on top on six occasions, plundering in 18 goals in the process.

Former Liverpool midfielder Adam Lallana is all set to make his debut on Monday following his free transfer to Brighton earlier this summer.

Another summer arrival Joel Veltman from Ajax will slot into the right-back position. Meanwhile, Ben White is expected to partner Lewis Dunk in the heart of the defense.

Chelsea supporters have to wait a little bit longer to see all of their summer signings combining in the field as both Hakim Ziyech and Ben Chilwell have been ruled out of Monday’s opener due to a knee and heel injury, respectively.

Former PSG skipper, Thiago Silva also sits out of Monday’s clash as he only starts training with the club this weekend.

Club captain Cesar Azpilicueta and star forward Christian Pulisic are unlikely to make the starting XI after suffering hamstring injuries at the end of last season.

Chelsea will also miss the service of Mateo Kovacic, who serves a one-match ban owing to his red card in last season’s FA Cup final against Arsenal at Wembley.

Brighton vs Chelsea: Where to watch

Chelsea will head into Monday’s clash as a clear cut favorite. Nothing less than a title challenge is expected of Chelsea this season, especially after splashing out more than 200 million euros this summer.

Meanwhile, Brighton will have their task cut out to keep Werner and co at bay. However, on the other end of the field, the Seagulls will have their chances to hurt the visitors, given Chelsea’s leaky defensive organization.

With that being said, Frank Lampard’s men should come up with all three points given the firepower they have got going forward.