Everything you need to know about Chennaiyin FC's upcoming ISL 2020-21 campaign. 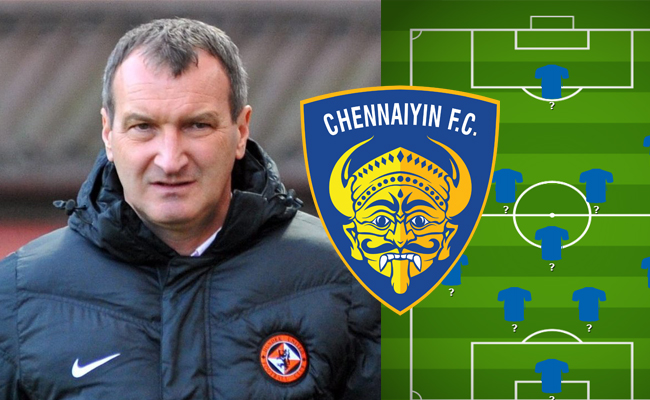 Indian Super League (ISL) side Chenaiyin FC are often known for their late winning streaks and comebacks. The Marina Machans have gone through a squad revamp despite ending up runners-up last season.

With new foreigners and a new management led by Csaba Laszlo, Chennaiyin FC will go into the ISL 2020-21 with an element of surprise.

The Marina Machans have again resorted to the East European market and snapped up foreigners like Fatkhullo Fatkhuloev, Enes Sipovic, Jakub Sylvestr and Esmael Goncalves.

They have retained their Indian core of Anirudh Thapa, Lallianzuala Chhangte, Thoi Singh, Pandiyan Srinivasan, and Edwin Vanspaul among others.

Anirudh Thapa: The young central midfielder has been one of the best emerging Indian players in the last few seasons and has been at the forefront of Chennaiyin FC’s midfield bastion.

Thapa preferably plays in central midfield with a defensive role but has a knack for scoring goals as well. He played all 20 games for the Marina Machans in the 2019/20 season.

Rafael Crivellaro: Rafael Crivellaro’s presence in the midfield is pivotal for Chennaiyin FC in the upcoming season. Crivellaro showed his capabilities as a goalscorer and provider in the 2019/20 season.

He scored seven goals and provided eight assists in 20 games last term. The Brazilian attacking midfielder can also shift to the left if required and play as a second-striker. He had Nerijus Valskis and Andre Schembri for support in the attack in the previous season.

Memo Moura: Memo Moura has been one of the finest yet underrated playmakers in the Jamshedpur FC squad in the previous few ISL seasons. Moura’s composure and ball-reading abilities made Jamshedpur FC a very stable side on defensively.

His arrival at Chennaiyin FC will add some much-needed dynamic presence in their midfield.

Chennaiyin manager Csaba Laszlo prefers a textbook 4-1-4-1 formation with a deep-lying playmaker acting as the blocker as well. The gameplay is expected to be mostly central, with the wings being used as well.

Chennaiyin FC fixtures (Till Round 10)

The element of surprise and the presence of lesser-known foreigners may make or break Chennaiyin FC’s campaign. The Marina Machans are known for lingering at the bottom, only to bounce back into the top-four towards the end.

However, the same may not be repeated this season due to a longer league with quicker games.