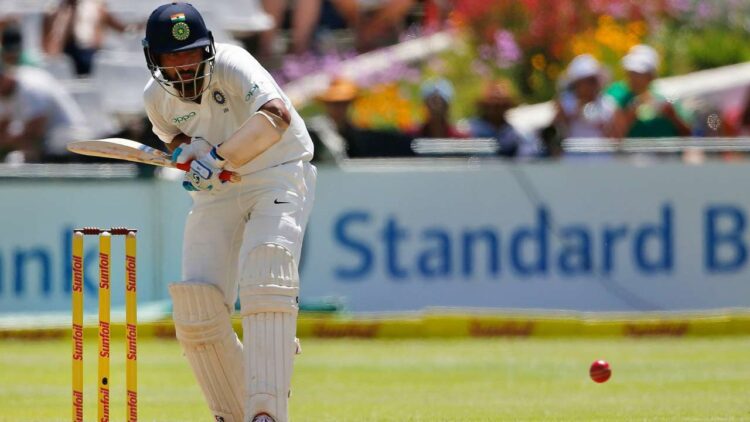 With great talent comes great responsibility. And this responsibility beckons one to adapt to changing times. Not because the great Bob Dylan captured an undeniable truth of life back in the sixties by singing, “The time… they are a changin’,” but also because change is the only constant around us, regardless of however cliched it sounds.

And it’s a certain degree of change that one expects from Cheteshwar Pujara in the way he bats. This is a man, undoubtedly among the most respected in Test cricket, and yet, someone who, in recent times, has disappointed more often than he has impressed.

The calls for Pujara to up his scoring rate have been heard as frequently (and fervently), particularly, in the last two years as the calls to direct the world’s attention to China’s violation of Human Rights.

What we have amid us, at present, isn’t just an Indian Team in England, desperate to improve a dubious track record in English conditions; we also have a Cheteshwar Pujara conundrum, which in some ways, happens to be a strange one.

He is the most dependable batsman in a line-up featuring Rahane and Kohli and yet, someone, who’s appeared to be victimised by the very trait with which he frustrated bowlers.

How Pujara, who can wane out bowlers by batting session after session using quintessential obstinacy with the bat is not yet up to the task of keeping the scoreboard ticking is something none can answer, not Kohli, his captain, not Rahul Dravid himself, the man Pujara idolises.

There are answers to certain questions that can-and must- only by the individual, not by his immediate eco system.

After spending a decade in international cricket, having shouldered the enormous responsibility of batting at 3, collecting no fewer than north of 6,000 runs with 18 hundreds, it would be a no-brainer to question Cheteshwar Pujara’s standing in the game.

Though what would also not qualify as a no-brainer would be suggesting that Pujara needs to score a bit more fluently than he is, for the sake of his own career.

Cricket, in an age that favours soaring strike rates and wham-bam hitting, instant gratification and paucity of time, has changed quite a bit.

Not that the old-fashioned ways of batting time are numbered. Hell no! That’s precisely what a team attempts when confounded by a follow-on situation.

But at the same time, Cricket finds itself slightly more pressured than before to deliver results for fans; the patient and passionate lot who leave behind responsibilities, daily chores to invest time in a sport where its heroes produce actionable results, and are, at the end of the day, expected to be doers.

Perhaps not only great leavers of delivers!

One of Cheteshwar Pujara’s greatest strengths in the middle, the quality of being an immovable object stationed in front of bowlers, is perhaps also turning out to be a self-manufactured wound.

And the quicker he nurses himself, the better will it be, going as far as saving a career that certainly has the quality and in-born tenacity to walk many more miles.

Nearly half a decade back, when Cheteshwar Pujara frustrated the very team he’s often toyed with, he left Australia breathless playing 525 deliveries to reach a double hundred. It became the longest Test inning ever played in cricketing history.

But you’d reckon, back then, the team were in a situation where they were up against a hefty first inning total of 451, having entered the contest at the back of a win, prior to which they’d lost mightily by 333 runs.

It ought to be said, cricket has moved on since that fascinating knock of 202 at Ranchi. Moreover, Indian cricket has expanded a great deal since that 2017 series.

The times have changed

With more younger players being drafted into a system that’s quick to blood youngsters, who are renowned for playing firebrand cricket, taking more risks, deploying brave stroke-making even as the cost of risk, there’s a situation where it’s risk versus reward.

And so far, the likes of Shubman Gill, Rishabh Pant, and Rohit Sharma, the latter, now a regular fixture in the Test side, have succeeded.

Amid such evolving atmospherics, one cannot afford to see Cheteshwar Pujara absorb too many deliveries to get going, a situation which becomes only stifling in the wake of India chasing a huge first inning score, especially in the early stages of a Test series.

Though the same approach- to take his own time, tire down bowlers, deploy defence as the best attacking measure- would work if it’s a dead rubber contest with the fate of a series already decided, or, if one’s out on a pitch that’s a minefield.

Moreover, the slower he bats, Cheteshwar Pujara only ends up pressurising himself more than what he’d like to, with the batsmen at the other end ticking away and perhaps fluently so.

The man who one loved seeing dousing bowlers with frustration in 2018, for as long as the runs were coming, and they came in mammoth proportions, especially against Australia, is the very man who is today struggling to produce big numbers in 2021.

And implicit in the inability to score consistently, a quality inherently associated with one of Saurashtra’s greatest exports to cricket, is the problem of eating up way too many deliveries for his team’s good.

Here’s a case in point.

On his last tour to England, circa 2018, Pujara produced 278 runs from 4 Tests, having sat out in the first, and produced a mighty fine 132 at the Rose Bowl, whilst staying put for 726 deliveries.

This was never a problem, since the runs were coming.

But what did we see three years down the line during the Tests at home earlier in 2021?

The same Cheteshwar Pujara- a figure of grace and poise in the middle- was only able to produce 133 runs from 4 Tests. This included a solitary fifty (73, 1st Test vs England), a duck and two single-digit scores.

At 33, where he’s not getting any younger and is at the peak of his powers, if not contesting with unbreakable monk-like concentration that bowlers have begun to get the better off, Pujara may want to alter his game a tad bit.

He may want to convert the power of concentration into the power to push for runs. The earlier they come, the better for his standing in the current Test structure.

While it’ll be foolhardy to expect him to become a Gayle or Pant, he may want to refer to the Rahul Dravid school of batting, where adaptability and awareness of game situation bore great fruits for his team.

If the same Dravid, tagged boring and too slow for one’s liking, could end up scoring one of ODI cricket’s fastest-ever fifties (22 balls, vs NZ), why can’t his great disciple do the same having all the strokes in the book?

Soldier on Pujara, but keep ticking the scoreboard!