Two of the greatest fast bowlers of all time, Wasim Akram and Waqar Younis, repeatedly said that they built their physical fitness and strength by just bowling as much as possible.

Even though the two talked about one particular aspect i.e. bowling, the principle applies to all aspects of the game, batting bowling and indeed fielding.

With the conditions being what they are throughout the world, i.e. the covid-19 pandemic, that is hardly an option for any of the players, be it players playing domestic cricket or the ones playing international.

On social media we see various sportsmen and sportswomen posting pictures/ videos of how they are keeping fit while they are confined to their homes.

Match Fitness Will Be An Issue Despite Physical Fitness

One can be as fit as one aims to physically but that is not the same thing as being match fit, if it were the same we would have athletes from different sporting spheres playing representing teams.

The big problem is going to be the match fitness, which you gain by practicing in the nets, playing practice games,  whether it be batting, bowling or fielding, but you can’t do that now because all the facilities have been shut down and may remain so for a few weeks, may be months.

This represents a big issue for players as when they eventually come back to play, they may have to learn everything from the start again. Physically being in peak condition is an advantage but you need to build muscle memory once again to do what you had been doing before everything came to a grinding halt. It all needs to feel natural again, which it won’t unless you put in hours and hours.

The Injury Scare When Action Returns

This could lead to a lot of muscle injuries when the action returns. One could draw a parallel to when players come back from long term injuries but here the case is slightly different.  When convalescing, players are eased into the games and it’s usually one, may be two players in the squad who need that attention.

Here though all the players are in isolation, waiting for the green light from respective governments and indeed International Cricket Council (ICC) to get ready.

Fans across the world have been starved of cricket action and the authorities need to be careful that they don’t thrust players into action after this lag; doing so will only increase chance of long term injuries and one can bad injury can have effects on body that last for a long time. So rather than having a spate of series’ it would be beneficial to gradually increasing the number of matches.

Fast bowlers especially need to be treated with special TLC as they the heavy workload and bear the most risk of getting injured. Spin bowlers and batsmen probably have a higher margin of error when it comes to injuries.

Not being able to do what you have loved doing for the most of your life and confined in your homes can have a mental affect on players too and that can be even dangerous than an injury. Recovering from injury is easier compared to mental health issues.

A sports lover from the very start, a big lover of the beautiful game as well as cricket, especially the longest format. 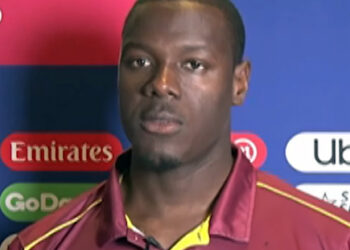