While the BCCI wants to host the domestic T20 league from September 26 to November 8, the official broadcasters want the event to culminate on the Diwali weekend.

There’s much noise around the IPL 2020: whether it could be packed into the world cricket schedule, which has already been thrown haywire by the COVID-19 pandemic, or whether the Board of Control for Cricket in India (BCCI), franchises, sponsors and broadcasters can agree on a window to hold the T20 event this year.

Turns out that our cricket bosses have drawn up a tentative schedule for the tournament. They want to host the limited overs extravaganza from September 26 to November 8. It would mean packing 60 matches within a span of 44 days.

There were recent reports that the tournament may be moved overseas in the light of the worsening COVID situation in the country and a fear that state cricket associations may back out citing threat to public health.

However, top BCCI officials later clarified that they were making every effort to host the event in India and would only consider shifting it elsewhere as a last resort.

What has, especially, riled Indian cricket bosses is the stance taken by the International Cricket Council (ICC) in the matter.

Senior BCCI mandarins had urged the world cricket body to arrive at a timely decision on holding the T20 World Cup this year as it would help them find a window to host the IPL 2020.

However, with little or no communication from the world cricket body in this regard, BCCI treasurer Arun Dhumal was quoted as saying that even as the pandemic has left “us with little respite on any front”, one had to remain prepared to face any eventuality and take things head on. He said it was time for the Indian cricket body to start “planning for the year ahead”.

To reinforce his point, he cited the English Premier League, the NBA and the Bundesliga which have resumed, albeit to empty stands, post the lockdown.

However, BCCI’s tentatively schedule for the IPL 2020 doesn’t seem to have pleased Star India, the official broadcasters of the event.

The official broadcasters, it is learnt, wants to rake in maximum advertisement revenue on Diwali, November 14, to offset losses on other fronts.They want the Indian cricket bosses to conclude the event on the Diwali weekend.

Some in the broadcasting team, who are opposed to the schedule, reckon that the BCCI’s plan is to hold more afternoon matches when evening games are the ones that attract prime time viewers.

What has possibly forced the BCCI’s hand when it comes to ensuring that the IPL culminates on the Diwali weekend is that the Indian cricket bosses have committed to sending the team for a full tour of Australia, starting December 3. And, for the tour to go ahead as planned, the team would have to arrive much earlier. It wouldn’t be fair not to give Virat Kohli and his boys some breathing space, or legroom, if one might call it that, between the two cricketing assignments.

The schedule has been the talking point in the BCCI corridors over the last couple of weeks and was raised at its apex council meeting last Friday, as well.

While the tentative schedule has been drawn up, the IPL Governing Council is yet to meet and give its nod to the same.

The Indian cricket bosses are now desperate for the ICC to announce the postponement of the Twenty20 World Cup so that they could come out and make the IPL 2020 schedule official.

Star India bought the broadcast rights of the domestic cricketing showpiece in 2018 with a bid of ₹16,347 crore.

The ball, it seems, is in the ICC’s court now. 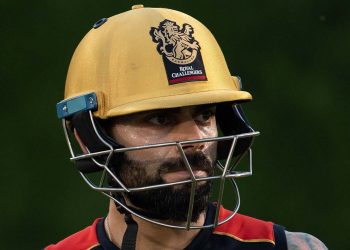 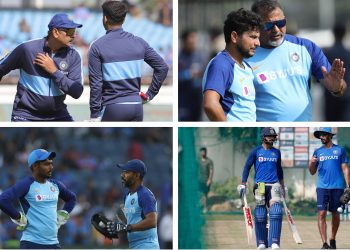 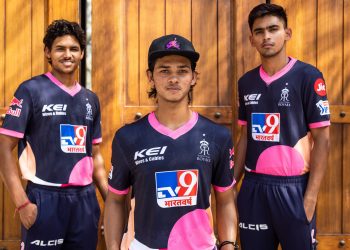